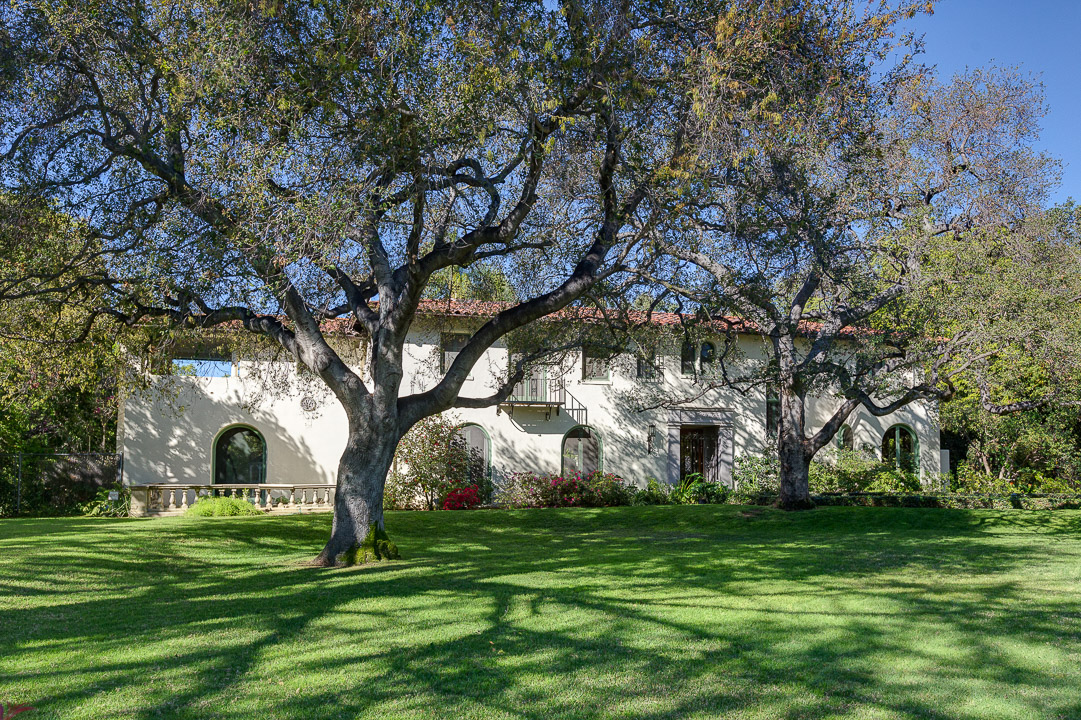 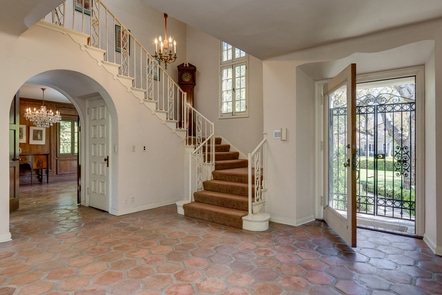 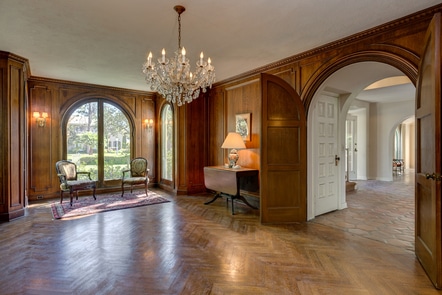 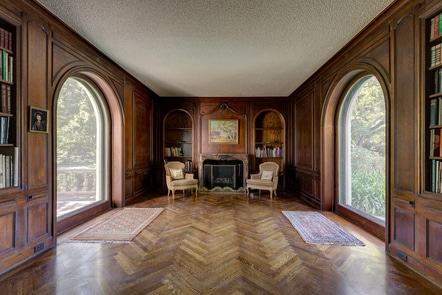 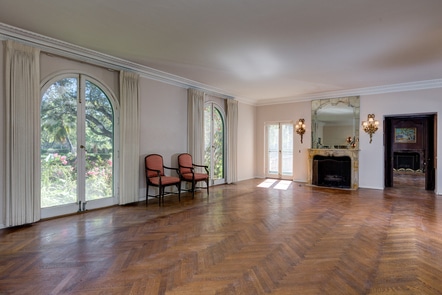 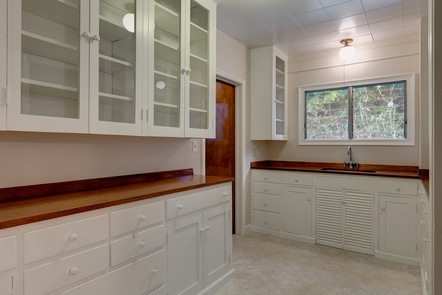 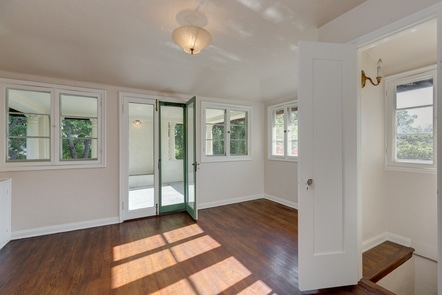 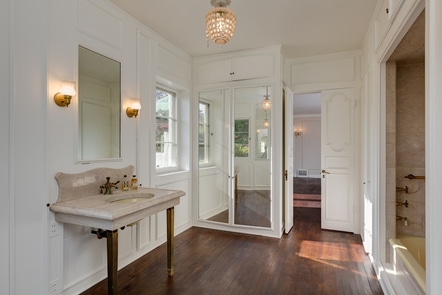 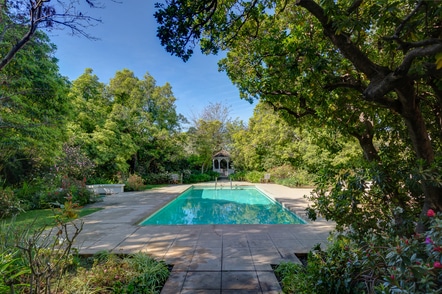 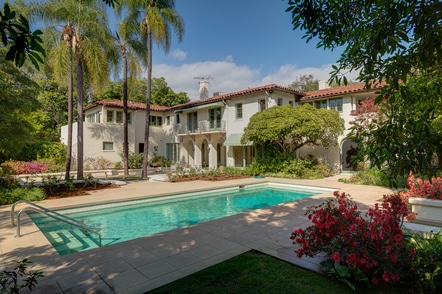 The first of two estates commissioned by the Freemans during the economic optimism of the 1920s, their L.C. Bauer-designed home reflects the eclectic, interpretive designs of Southern California regional vernacular architecture. Incorporating elements of Italianate, Spanish Colonial and Mediterranean revival themes, Bauer’s well-executed design reflects the growing milieu of architectural eclecticism which dominated the region until the great depression. Far from the harsh New England winters Alfred Freeman experienced until his retirement to Pasadena in 1926, the bucolic South Oak Knoll neighborhood near the Huntington Hotel provided an idyllic setting for Freeman and his wife. While the Freemans only resided at their first home for one year, they subsequently commissioned two other estates in Pasadena’s Oak Knoll District. The Freemans’ desire to remain in the immediate area for decades is reflected in the contemporary ownership of its current residents. 5 Bedrooms, 6 Bathrooms, Pool, Guest House, 2 Car Garage, prohibition-era hidden staircase. First offering in 55 years.