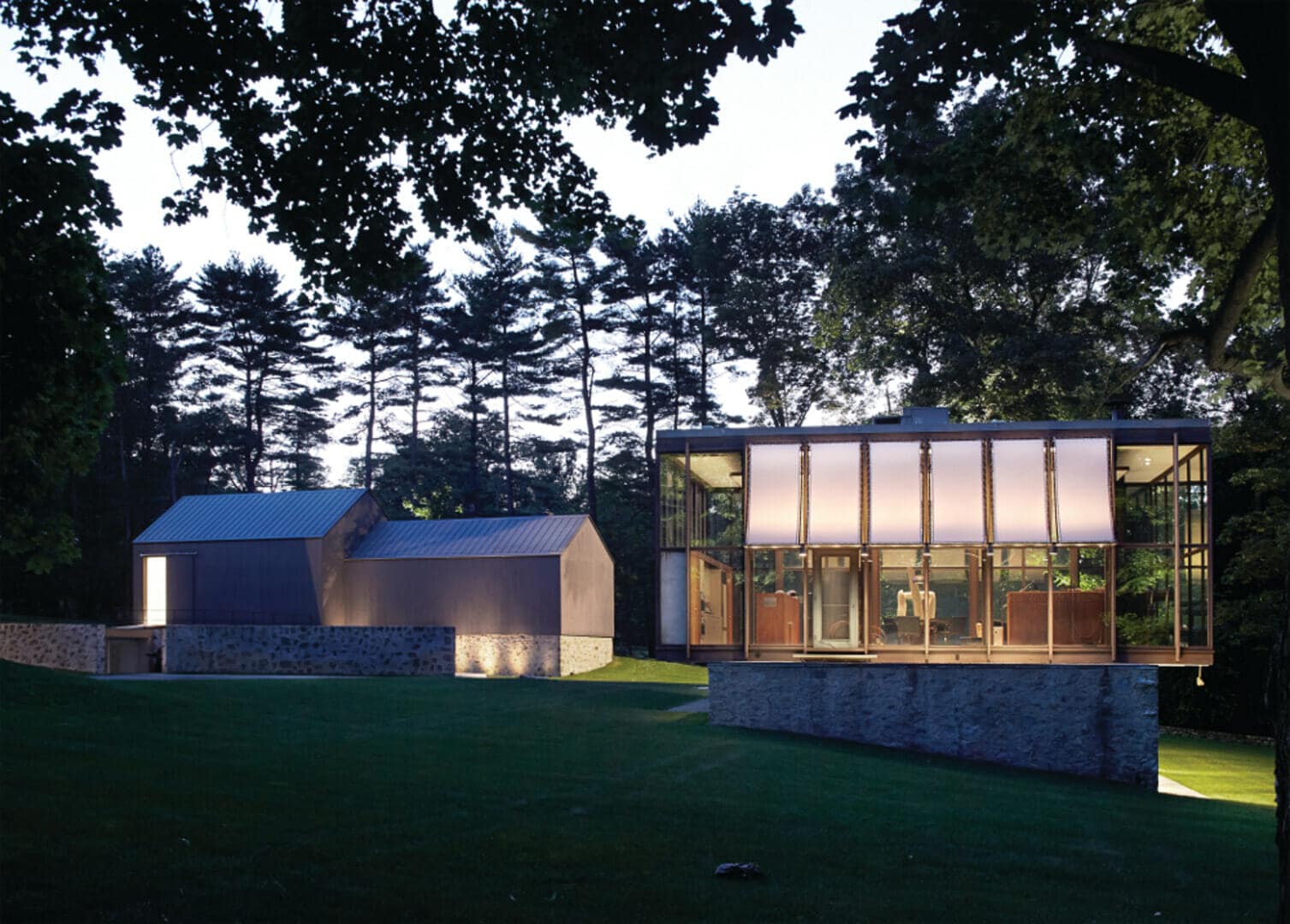 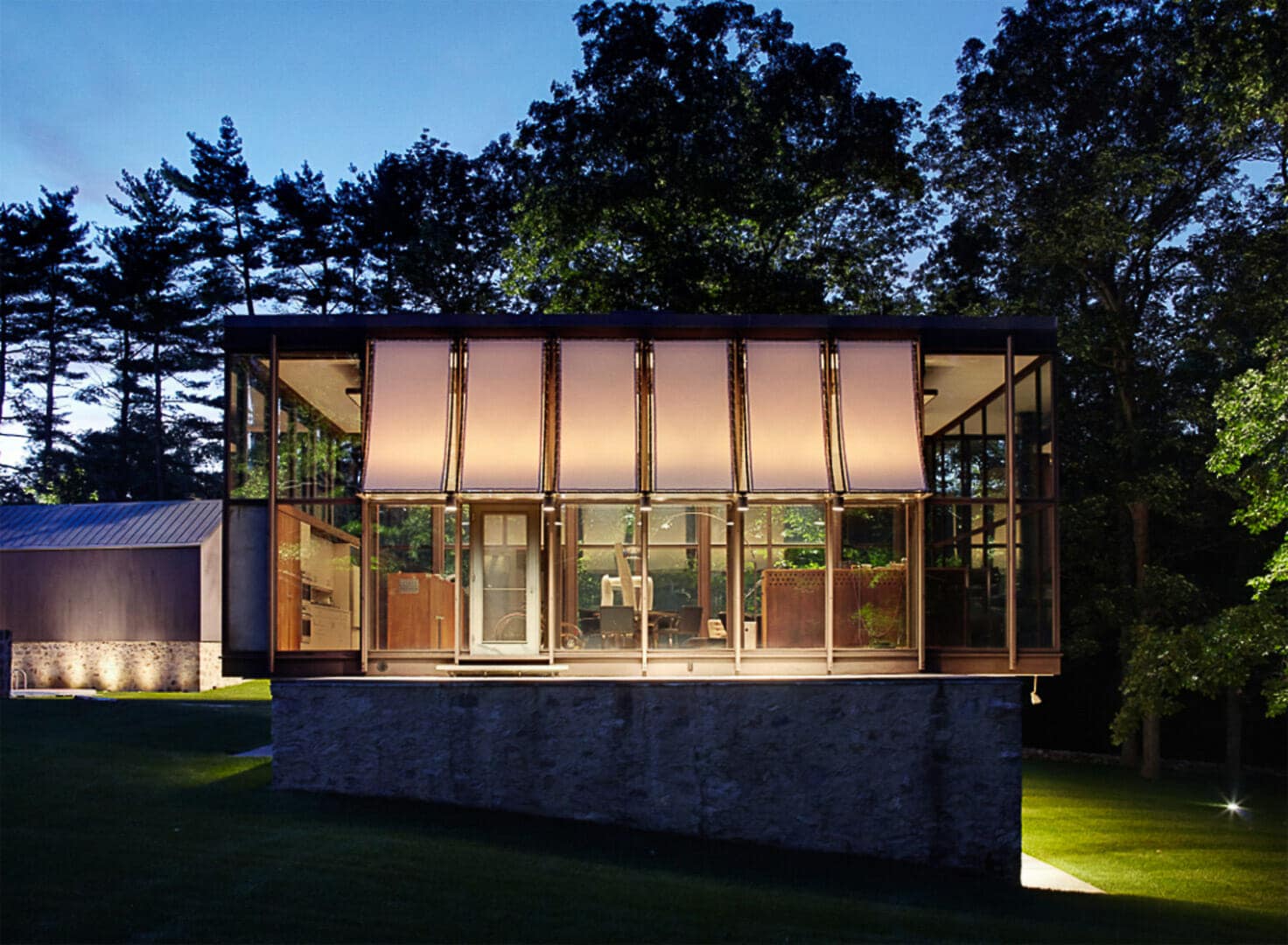 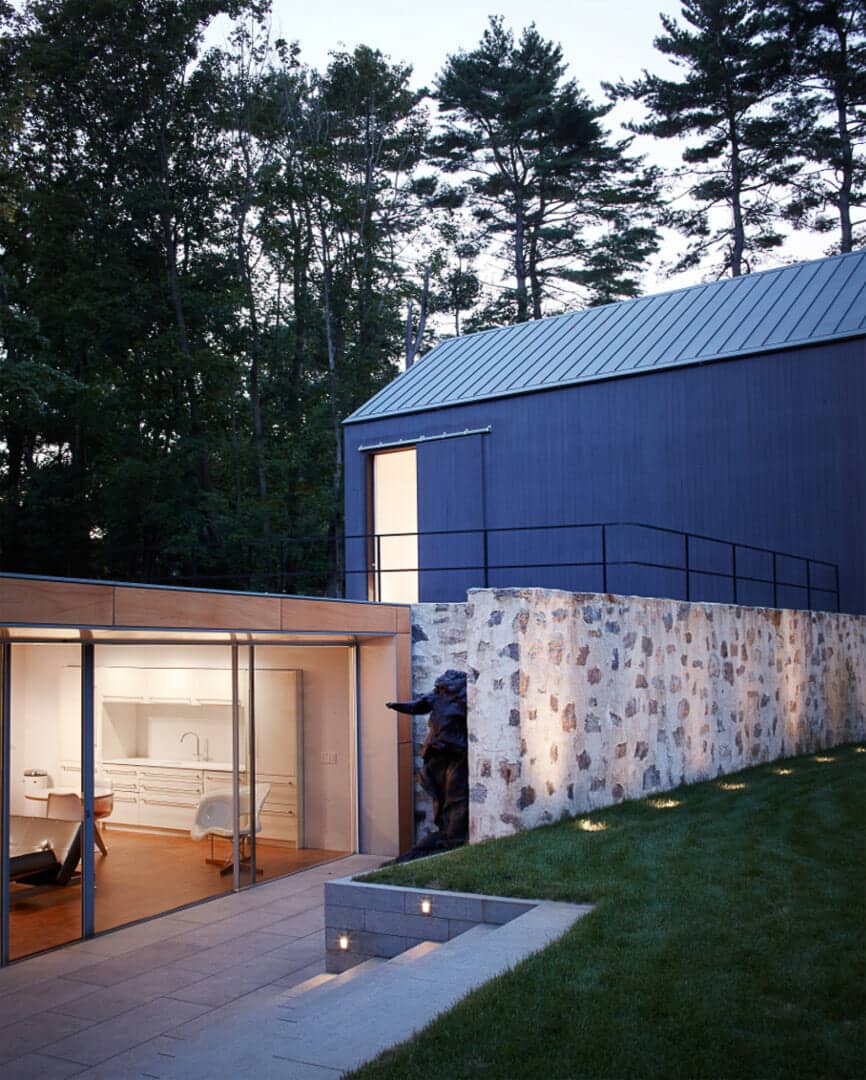 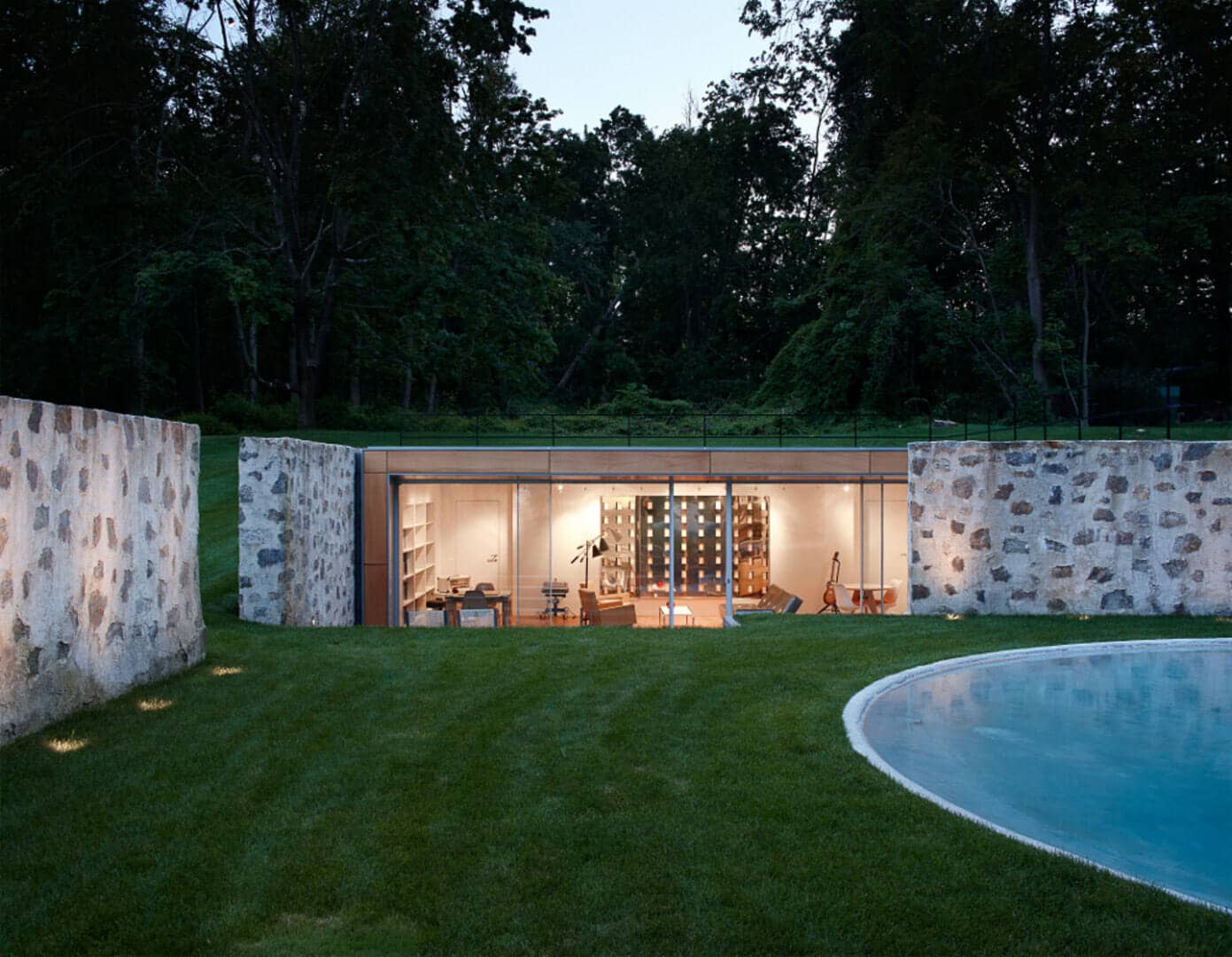 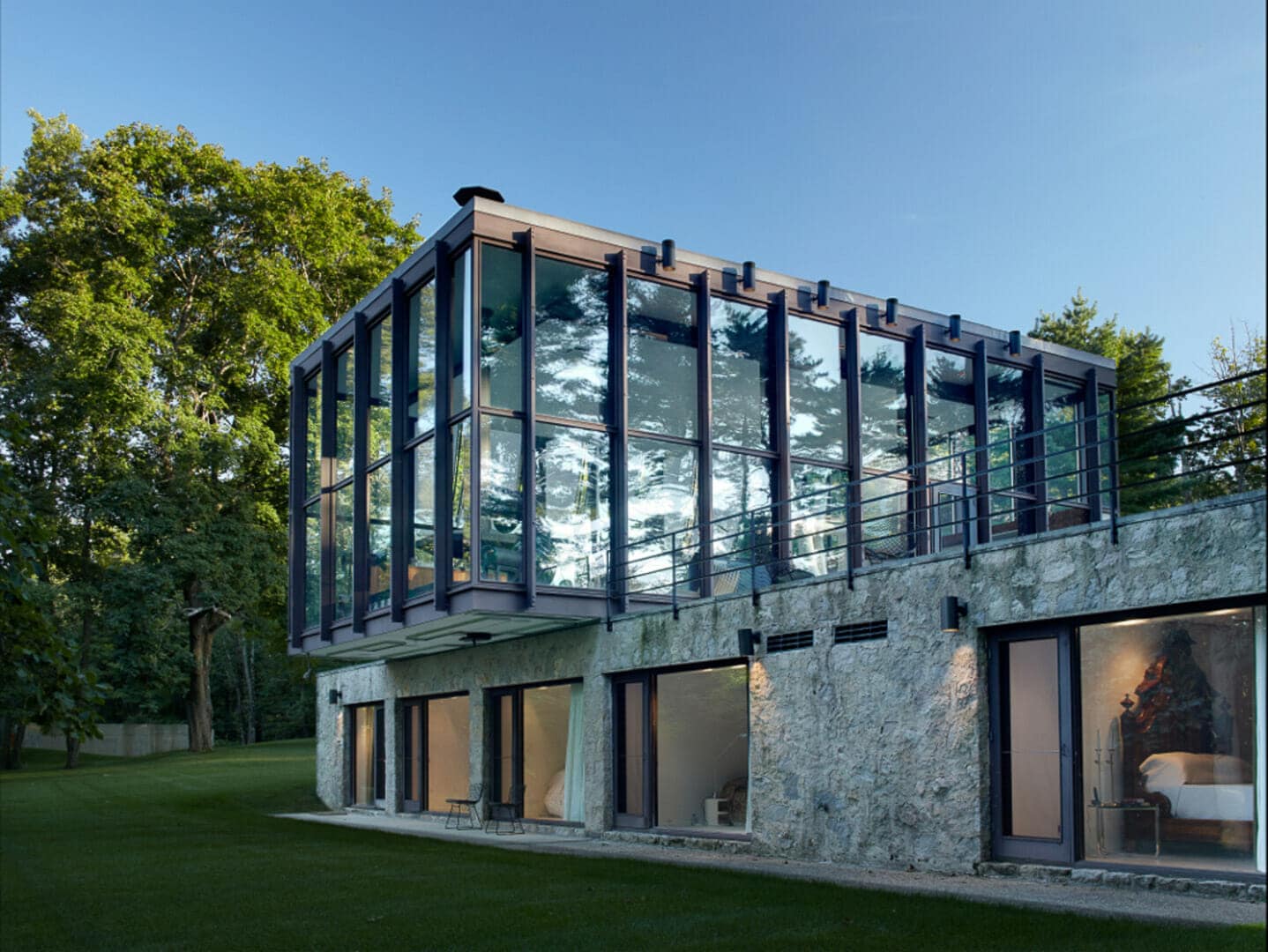 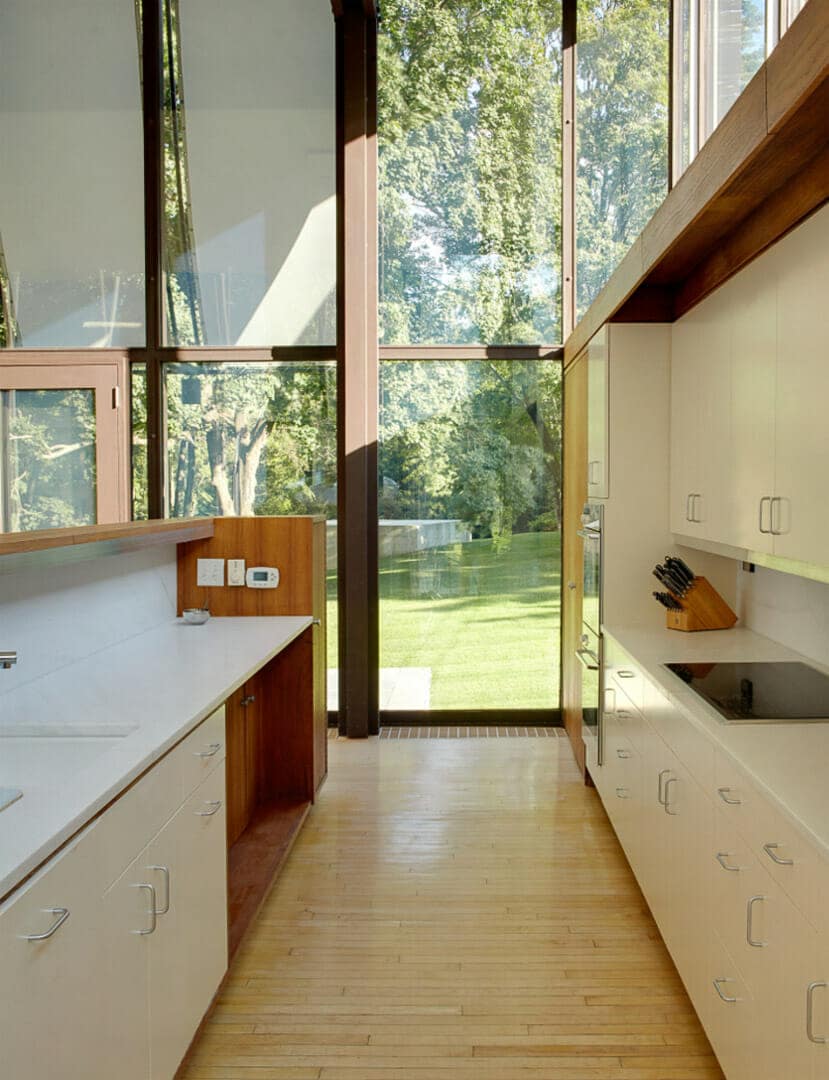 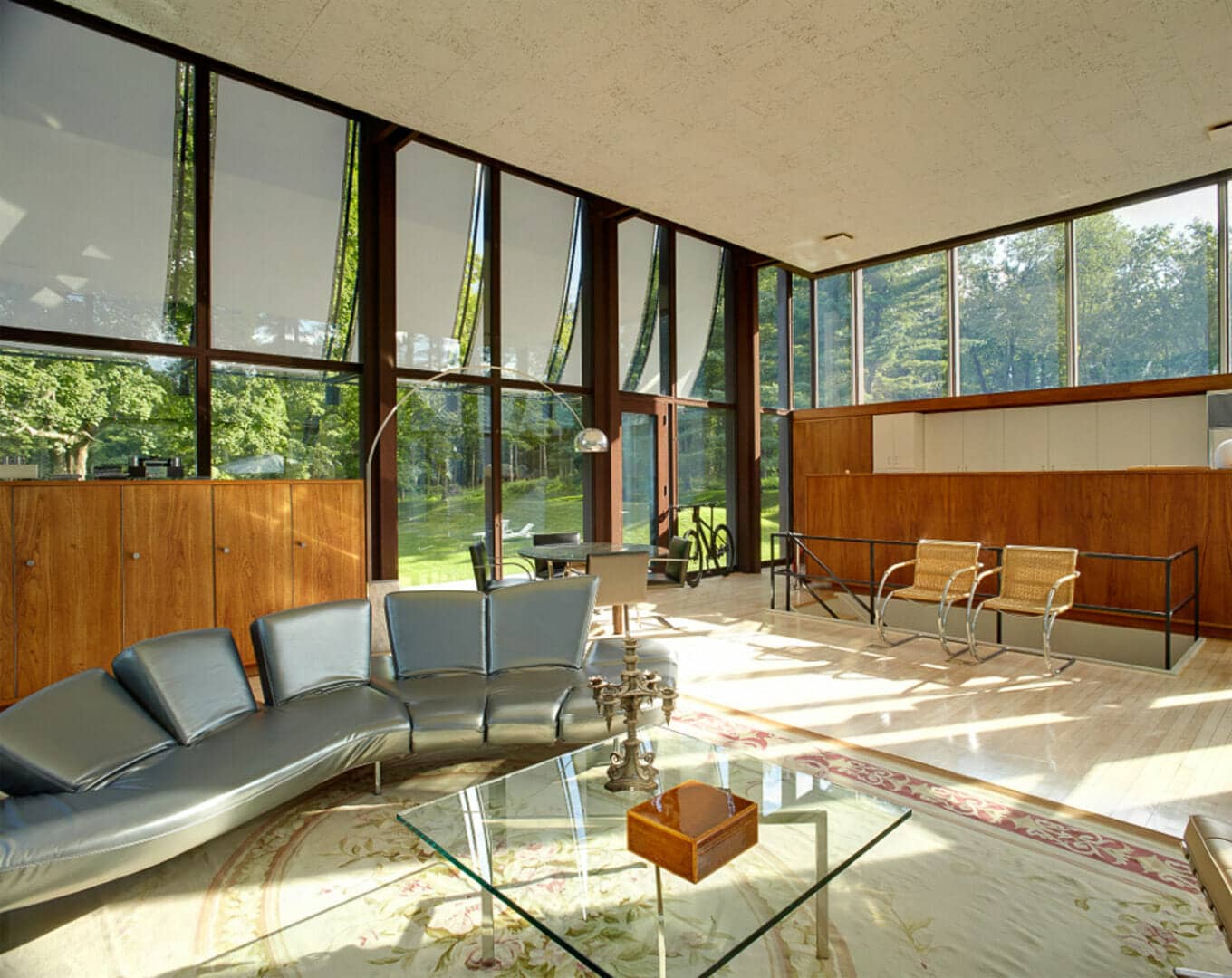 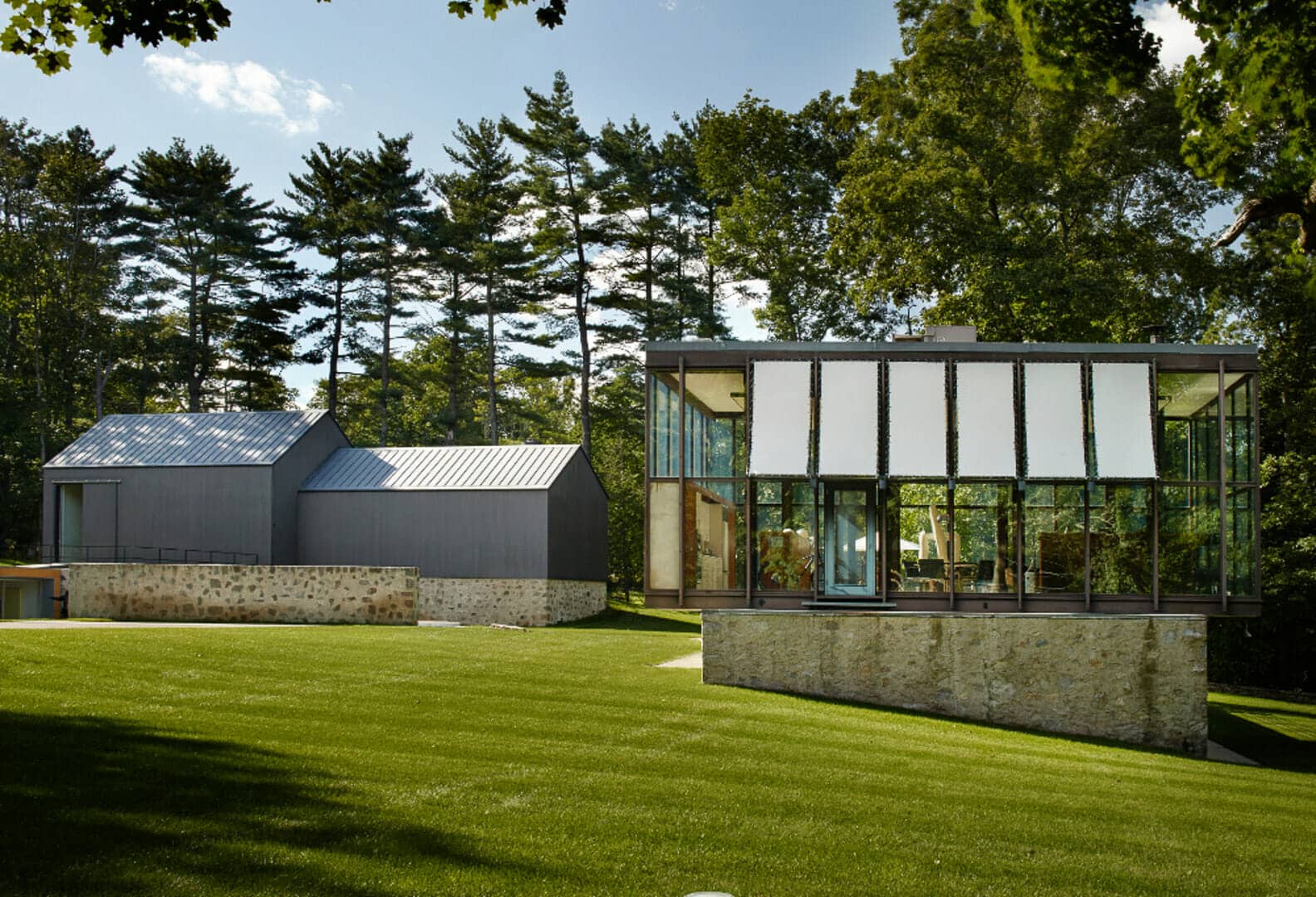 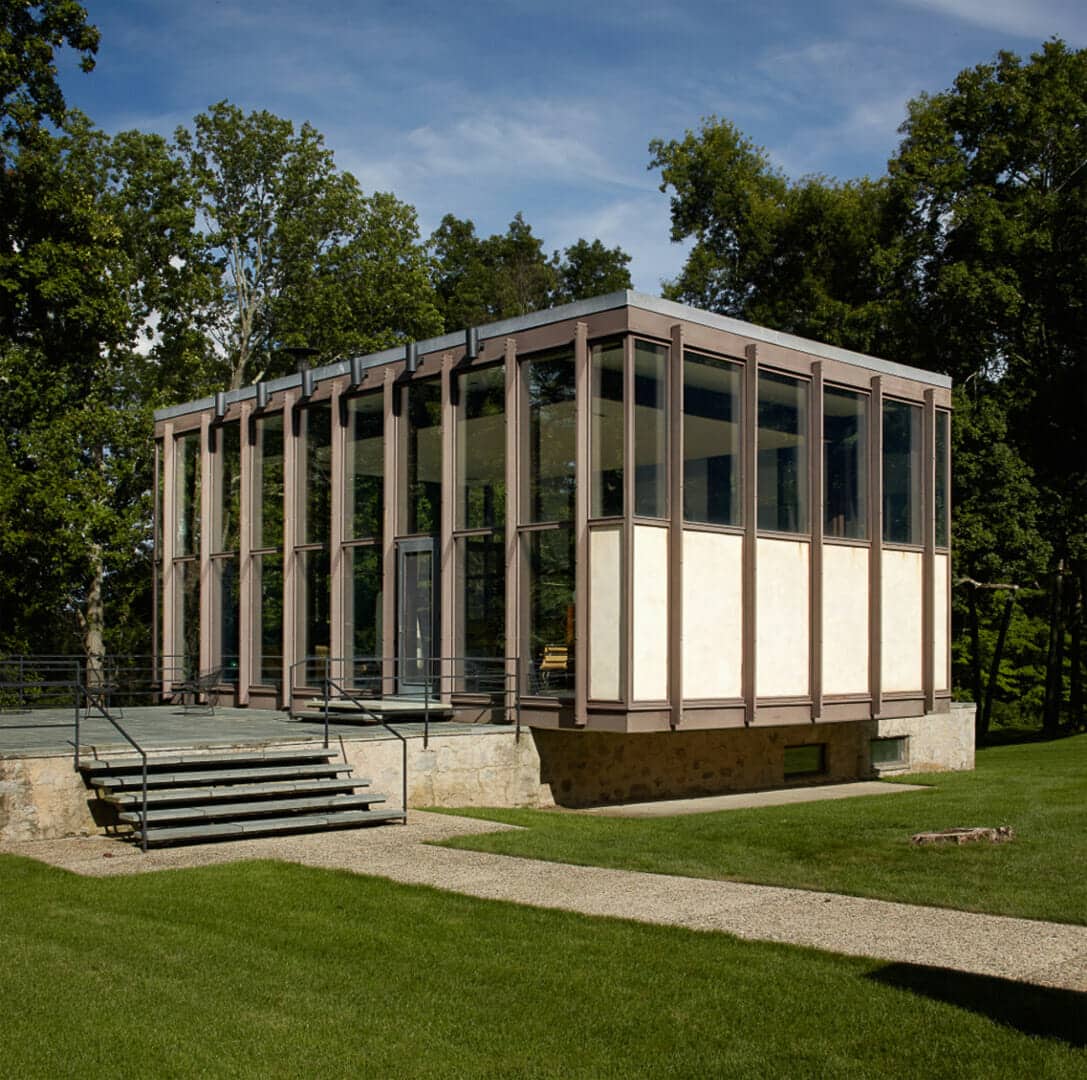 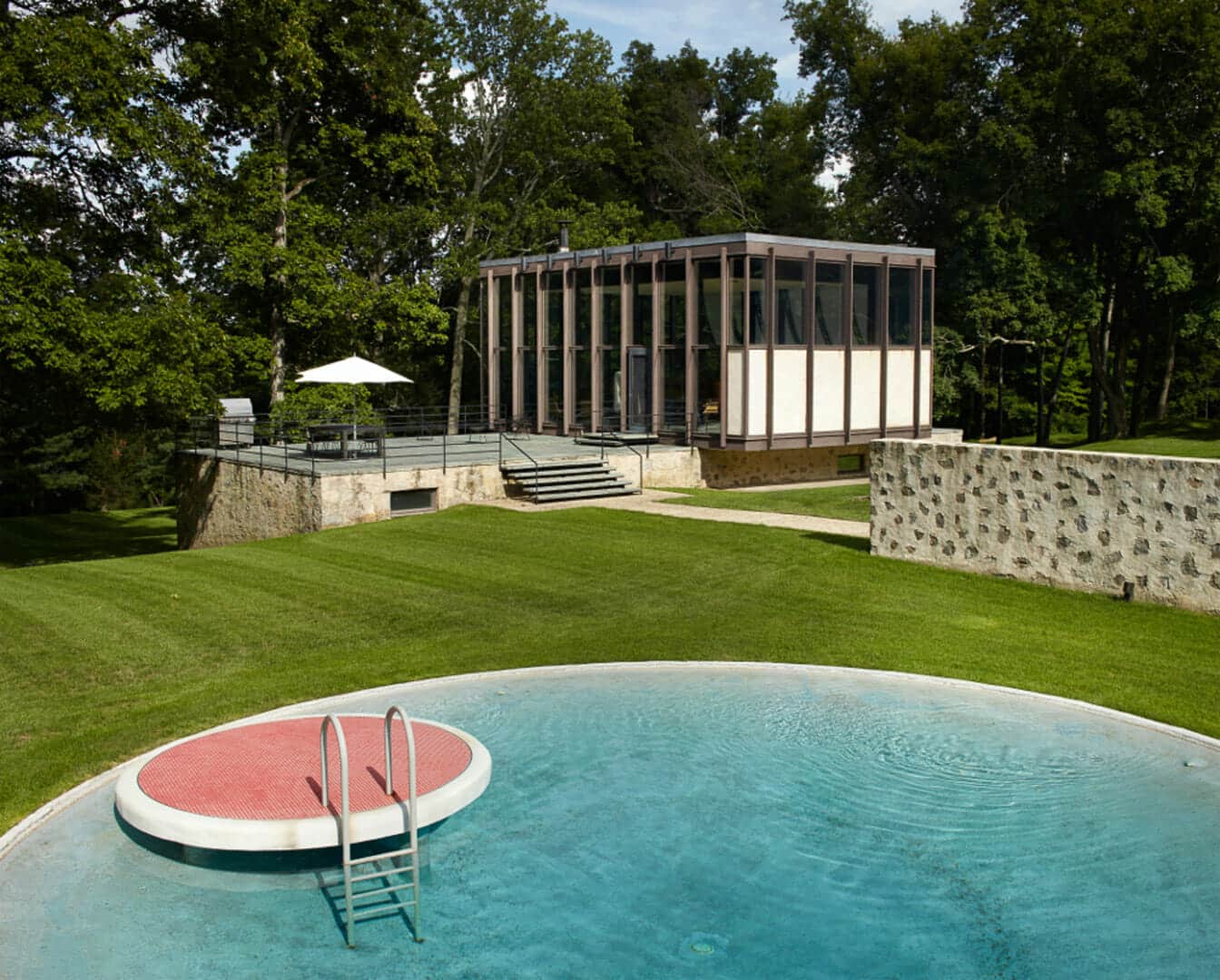 One of the stars of New Canaan’s legacy of mid-century modernism, the Wiley House, designed by Philip Johnson in the early 1950s, was restored and expanded by Roger Ferris + Partners. Of the six houses Philip Johnson designed in New Canaan, Connecticut, the Wiley house is the only one that contains a singular glass pavilion to rival the volume of his architectural masterpiece, the Glass House. A new pool house built into the hill and the art gallery (a reconstructed 19th century barn) form their own courtyard around the vintage swimming pool with its original diving pad which is a twin to the circular pool at Johnson’s Glass House. For Philip Johnson, this house represented a dialogue between the ancient world and the modern. He chose the site himself for the slope of the land and the stand of towering hickory trees that create a cathedral space around the house. Original light by Richard Kelly (Seagram Building and Kimbell art Museum). Michael Biondo Photography.