The Edward A. Adams House 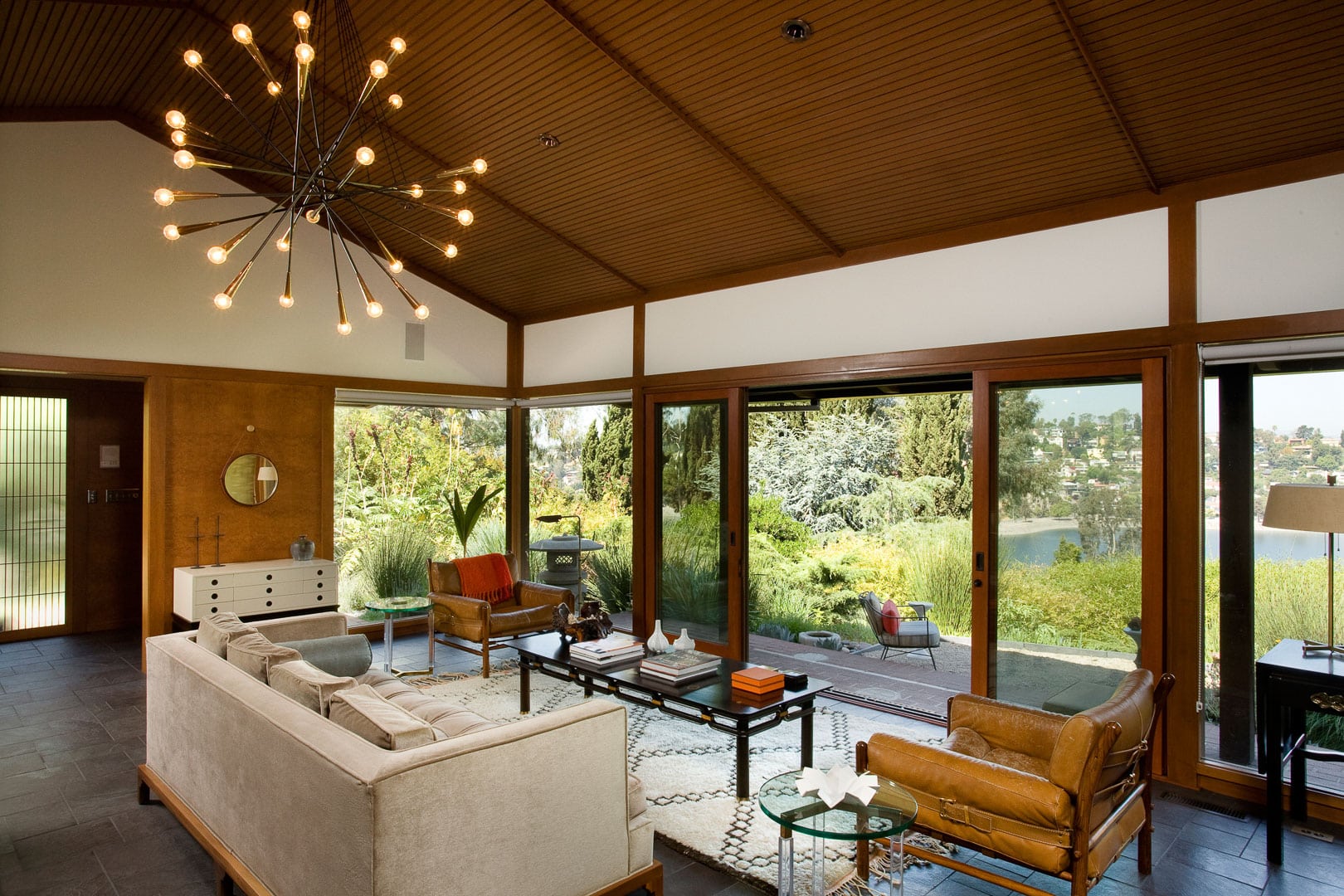 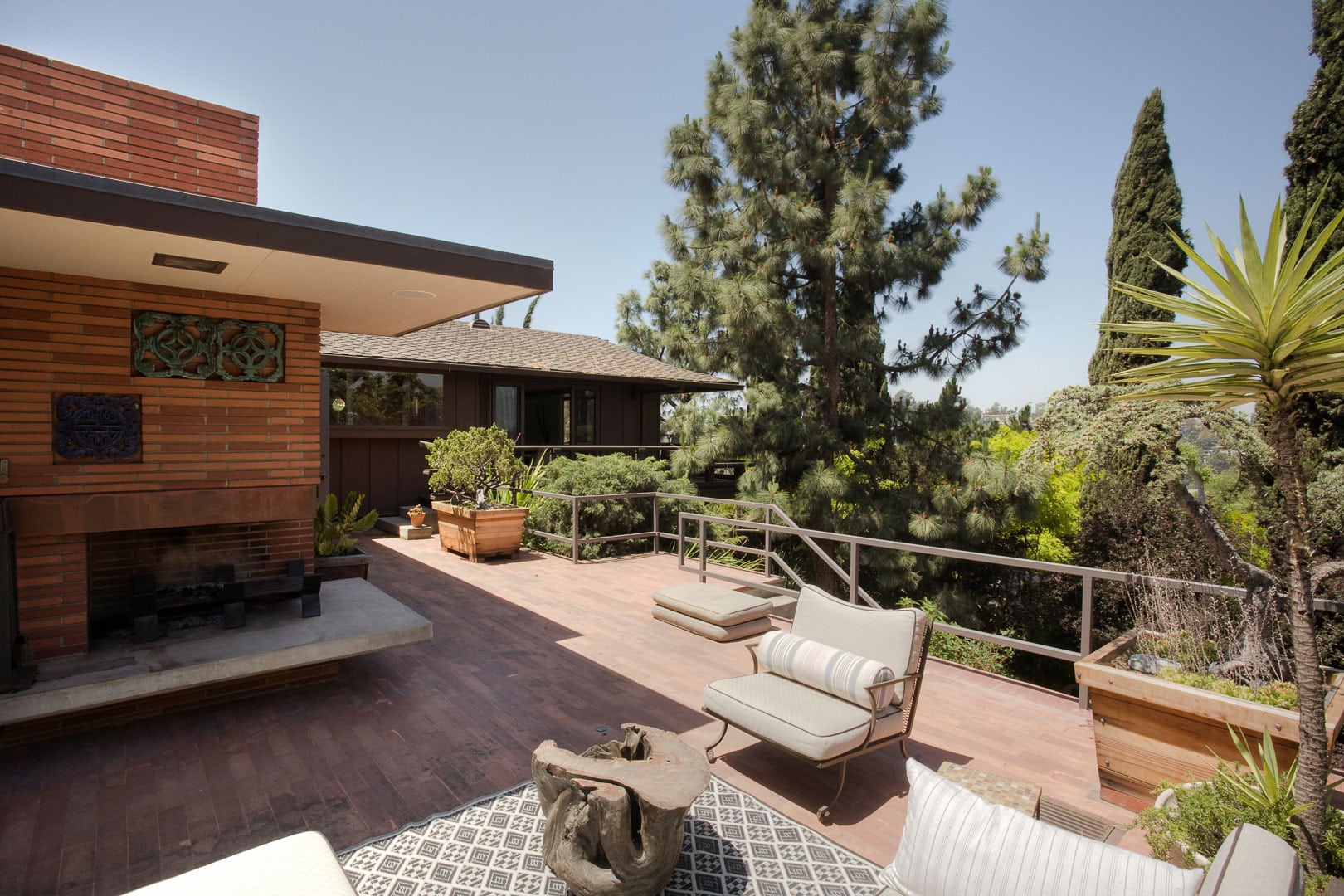 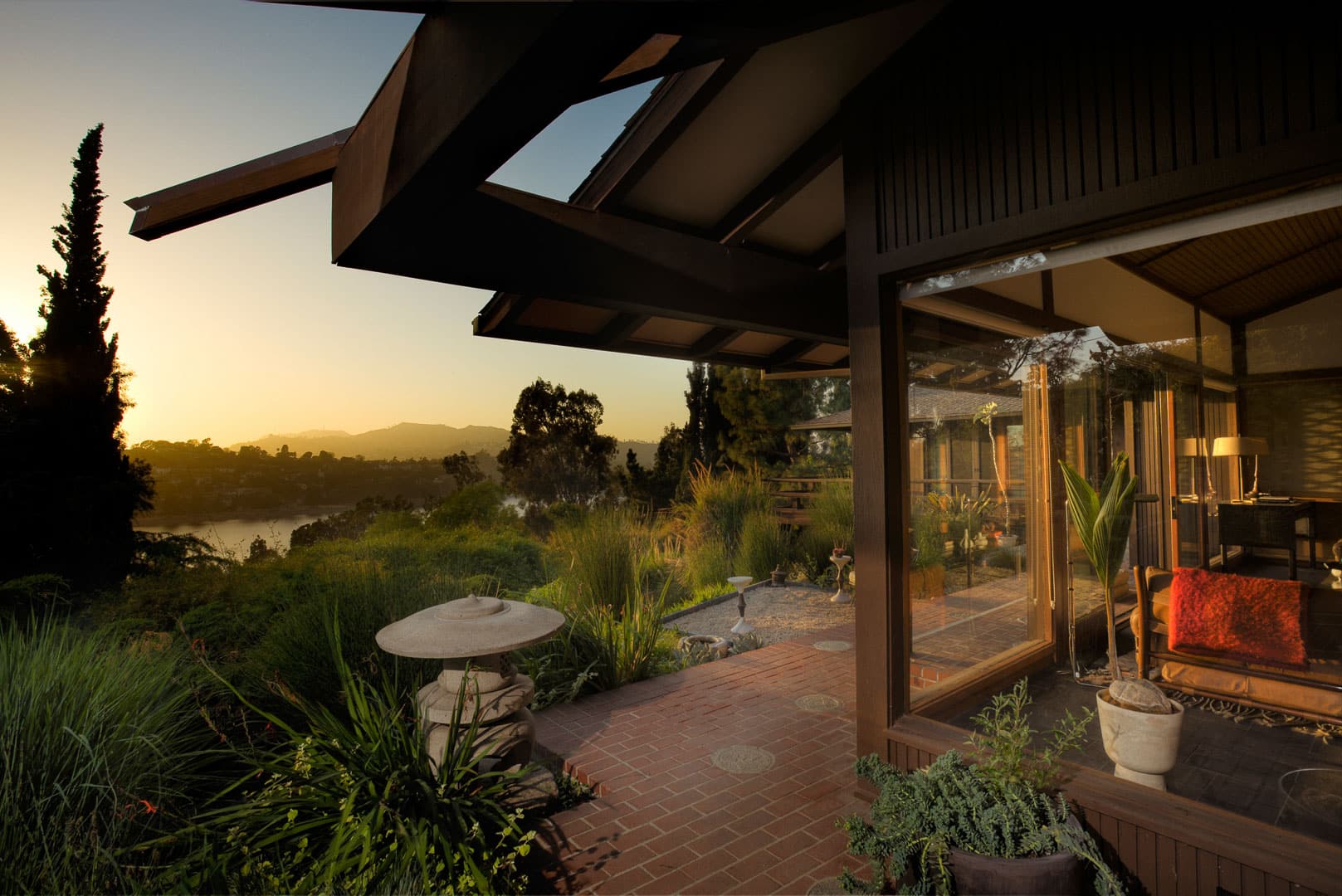 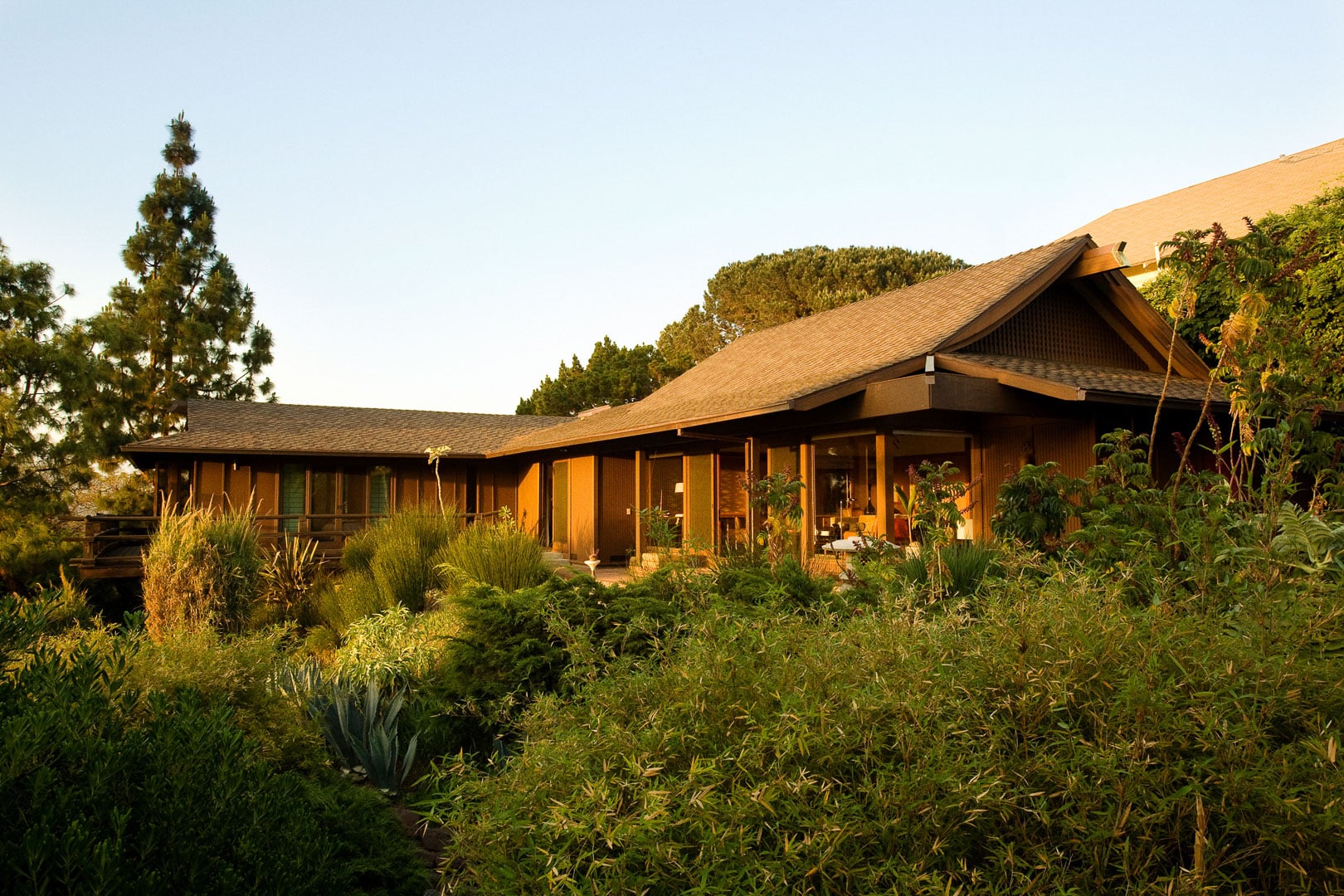 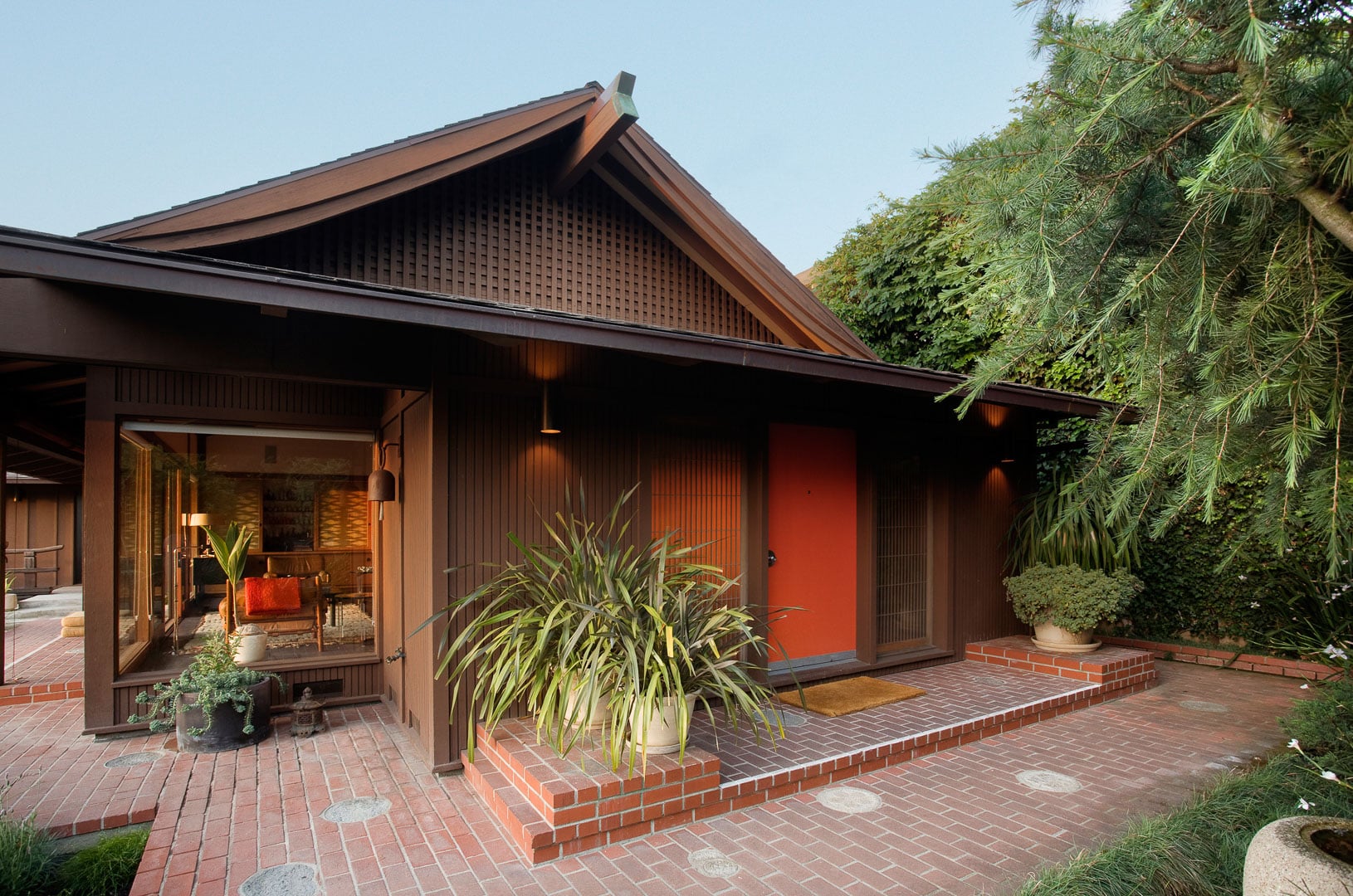 The Edward A. Adams House

Los Angeles Historic-Cultural Monument #922 An ongoing and cohesive effort by architects John Rex, Douglas Honnold, A. Albert Cooling and James DeLong. Edward Albert “Tink”Adams was founder of the Los Angeles Art Center School, which began having classes in 1931. Adams and his wife, Virginia, bought the Silver Lake property in 1942. The house was a hipped roof bungalow built about 1906, with a ridgeline location that gave a full view of what is now the Silver Lake reservoir. Adams added the garage in 1948 and hired architect John Rex to design a concrete and stone deck at the rear of the two-bedroom house in 1955. Later that year, modernist architect Douglas Honnold, (best known for his “Pans Restaurant” designs in 1946 which were one of the first of the “Googie” style) completed a chimney and outdoor BBQ area. Both Rex and Honnold were instructors at the Art Center School of Design, the current name of Adams’ art school. Honnold and Rex formed an architectural partnership in 1953 that was to last until Honnold’s death in 1974. In 1966, Adams had most of the house rebuilt from a plan by A. Albert Cooling, who was also an instructor at the Art Center School. The architect died before the final phase for the house was designed, so Adams turned to Taliesin Fellow James DeLong to design the master bedroom section in 1977. DeLong’s years at Taliesin West in the late 1940’s gave him a foundation to seamlessly design this final wing of the house while still giving it his own imprint. Although the permit was pulled in 1977, the bedroom addition was not completed until 1983, two years after Adams’ death at age 83. The house follows a version of International Style often referred to as “organic” architecture, where the structure is so entwined to its surroundings that it becomes almost one with the land. This principle was first developed in the early Frank Lloyd Wright Usonian structures and is employed at great lengths in the Adams House. It was Adams’ desire to use his own house as the palette for the architects to express their art. The art is also expressed in the property’s extensive Japanese gardens. Today, following an extensive restoration, the Adams House stands as a monument to both the modernist movement and to the art visionary that had it built. Excerpted and adapted from Historic-Cultural Monument application by Charles J. Fisher.