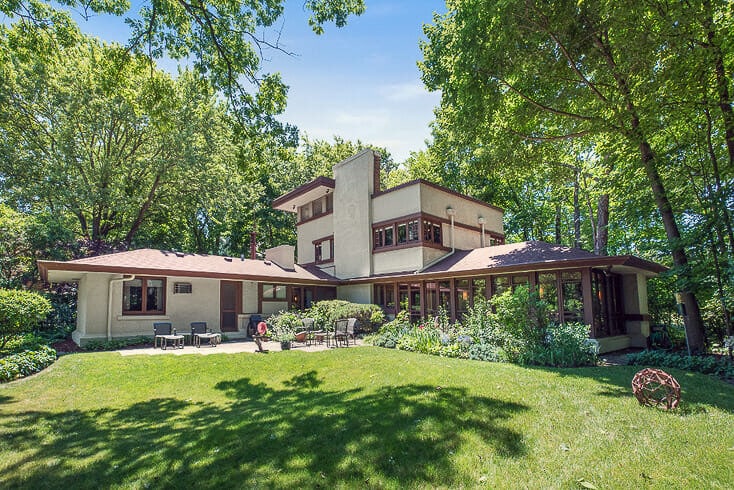 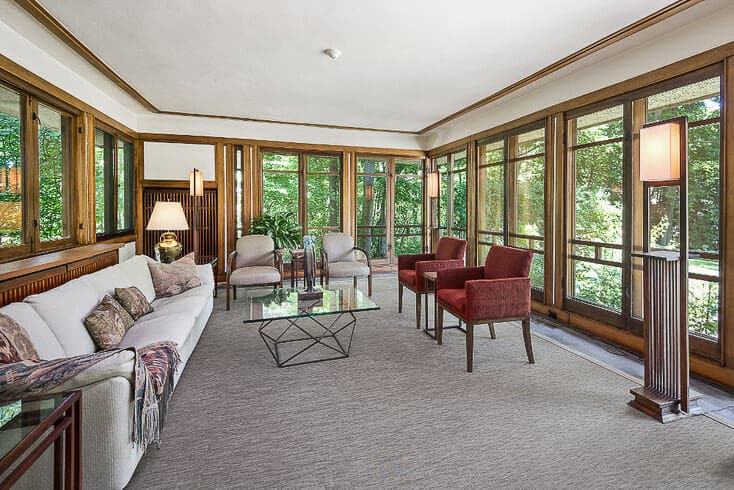 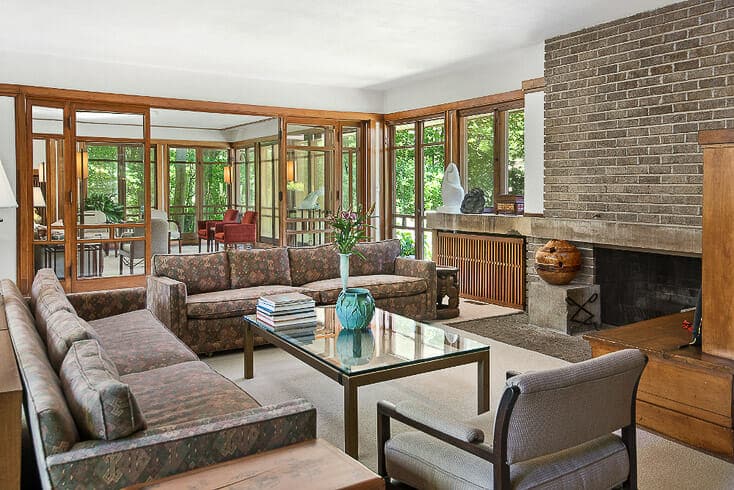 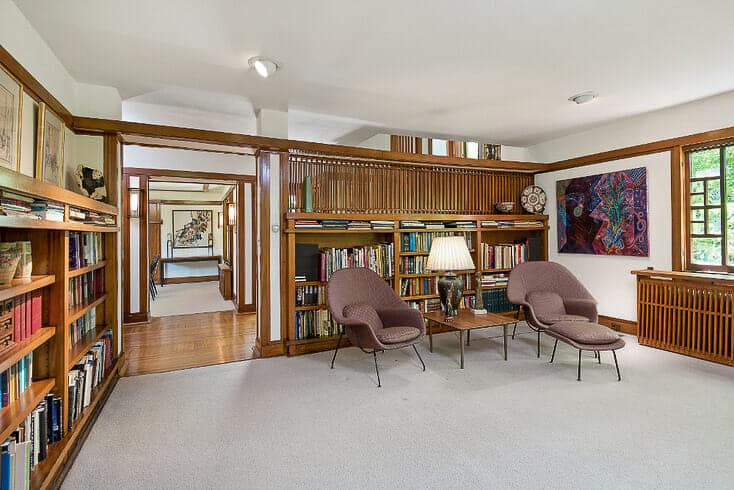 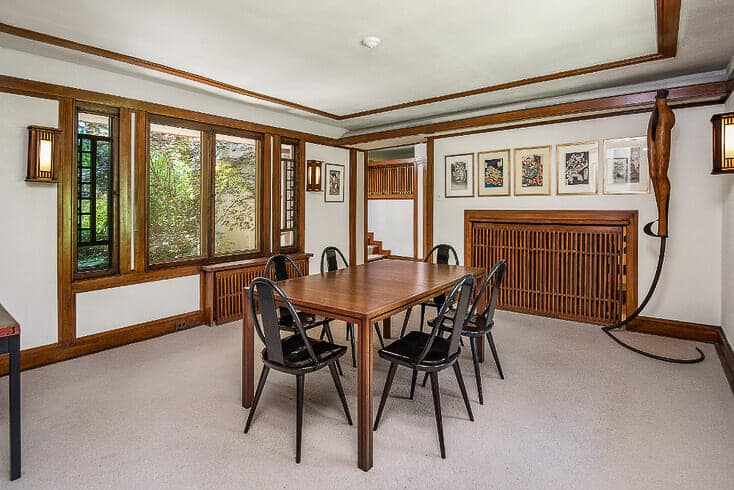 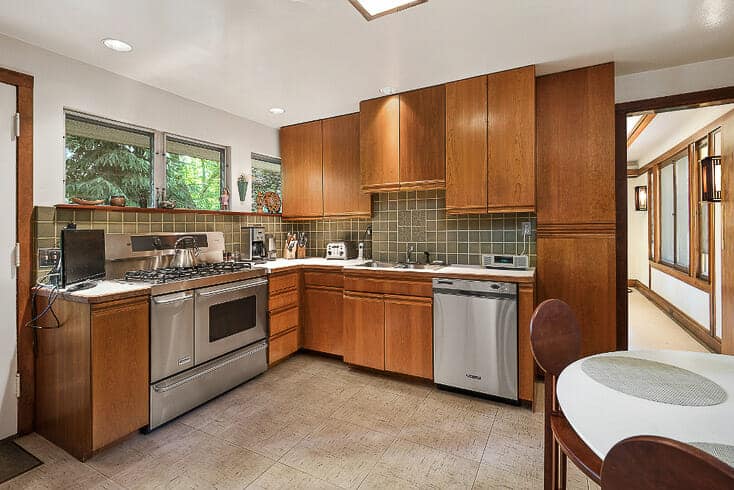 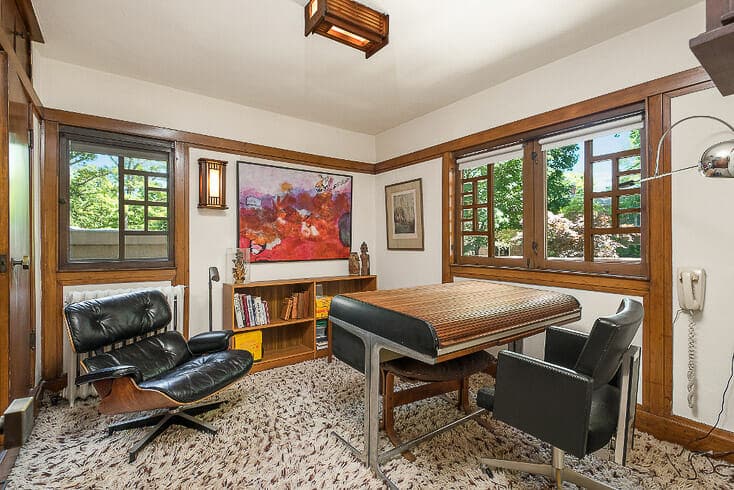 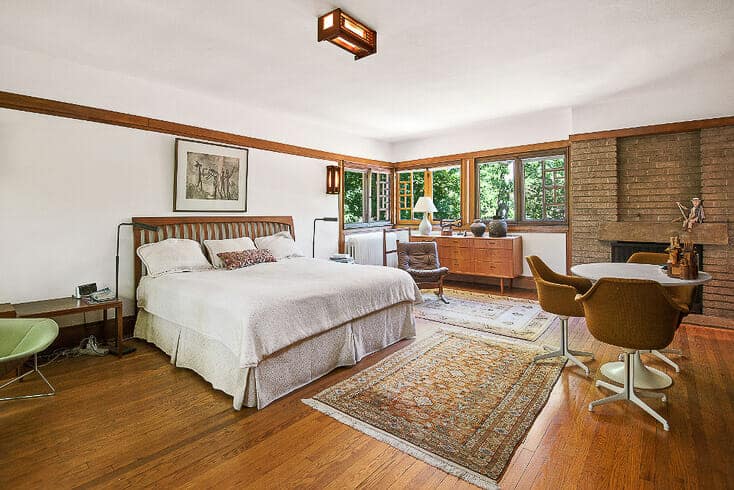 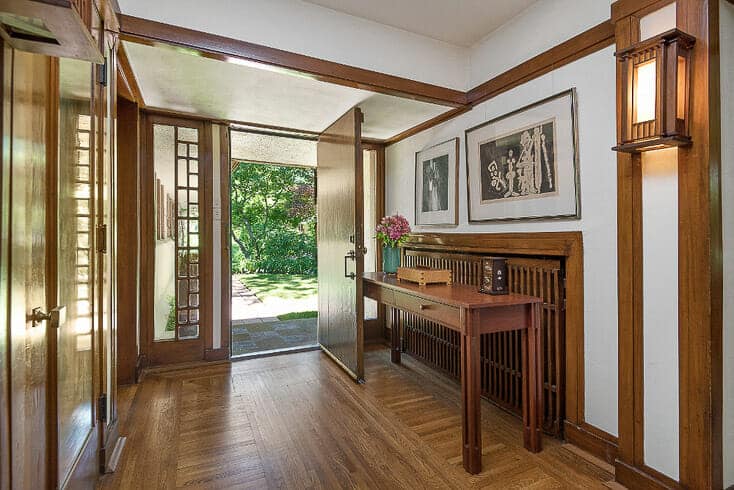 A unique home from Prairie School master Frank Lloyd Wright is up for grabs in the North Shore suburb of Glencoe. Know as the Sherman Booth House, the three-story house was built in 1916 for Frank Lloyd Wright’s attorney, Crain’s reveals. The spacious home, which features five bedrooms and four and a half bathrooms, is the largest of six other Wright-designed homes in the Ravine Bluffs subdivision. The house has a distinctive Prairie look to it, but also has some other features that are not common in Wright homes. Most notably, the home has a rooftop deck with a brick fireplace that was part of Wright’s design. According to Crain’s, the current owners purchased the house back in 1967 and are only the third family to own it. They purchased the home from Northwestern University for $74,000 and have renovated it since. However, the current owners have been careful when making any changes as to ensure the home’s architectural integrity. Many of the home’s original fixtures and finishes designed by Wright remain. The Booth Residence is available for the first time in nearly 50 years.