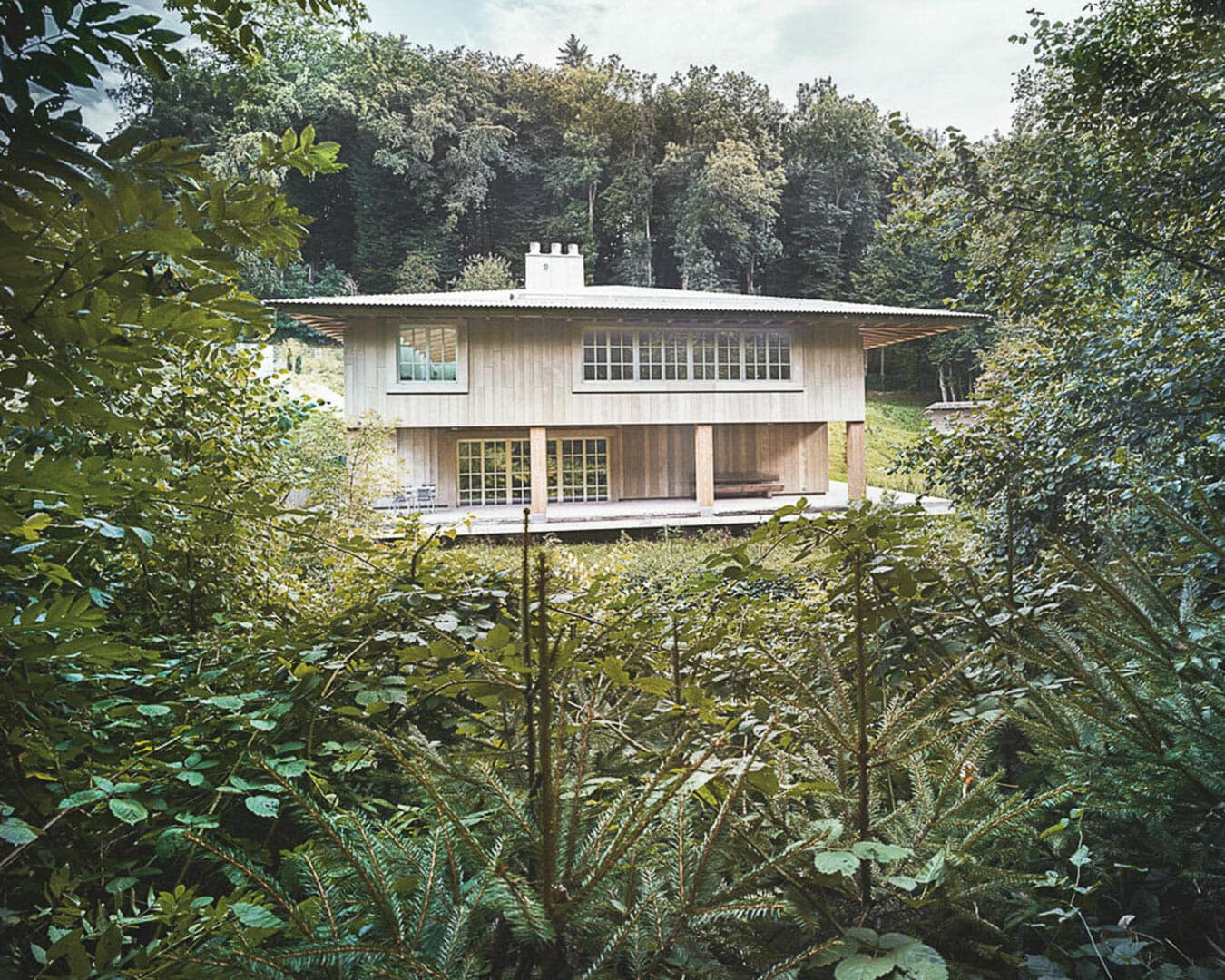 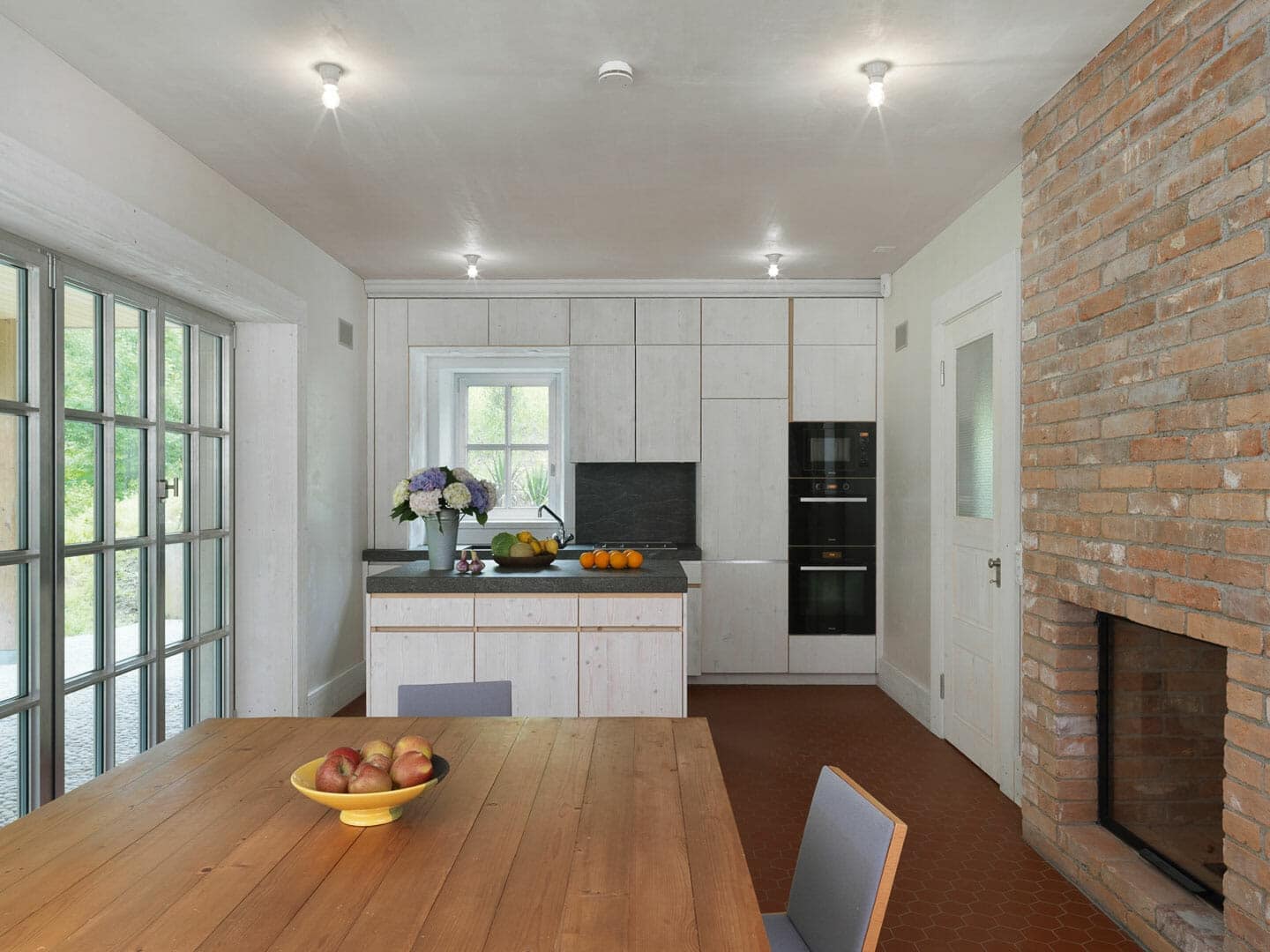 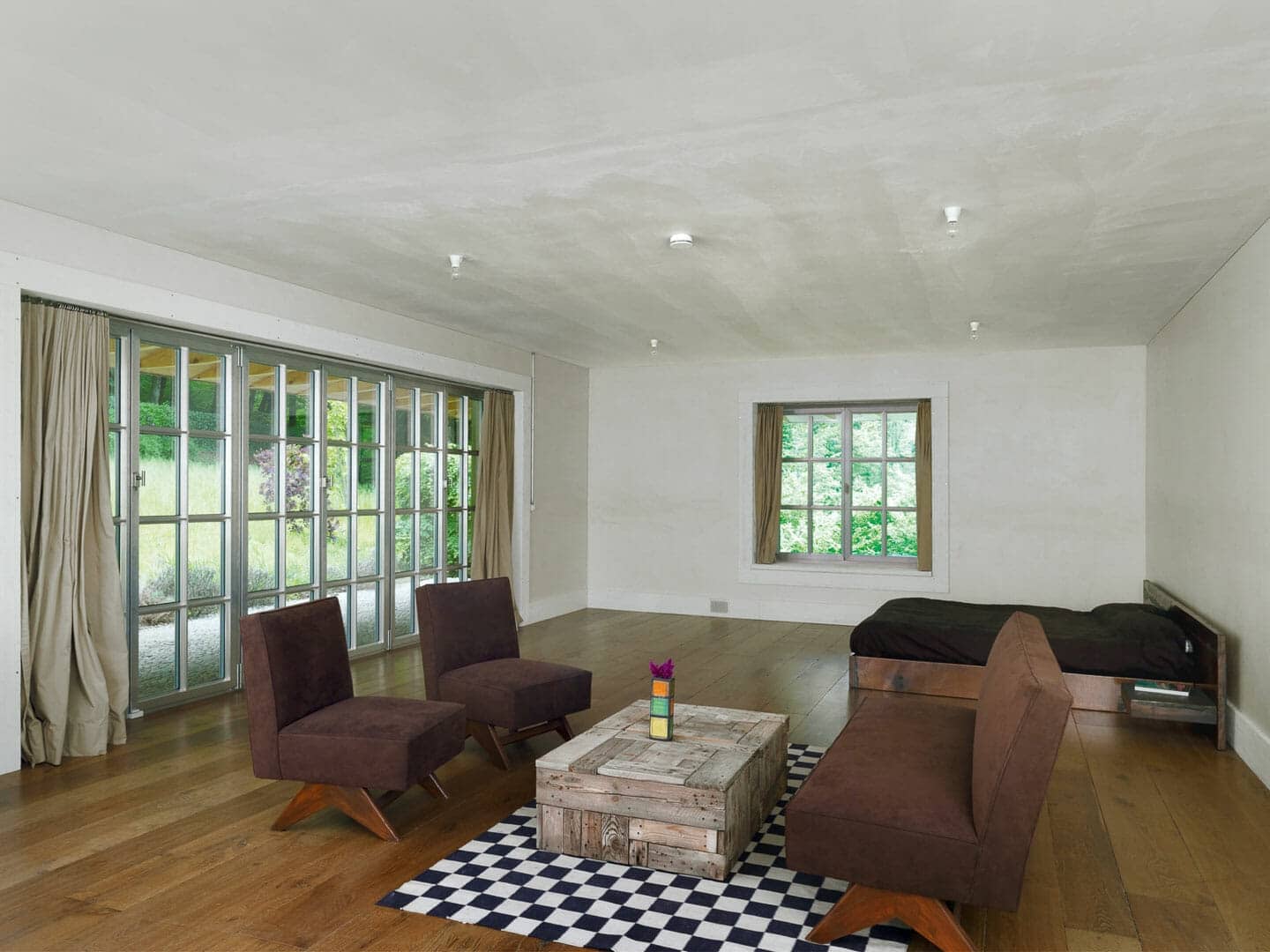 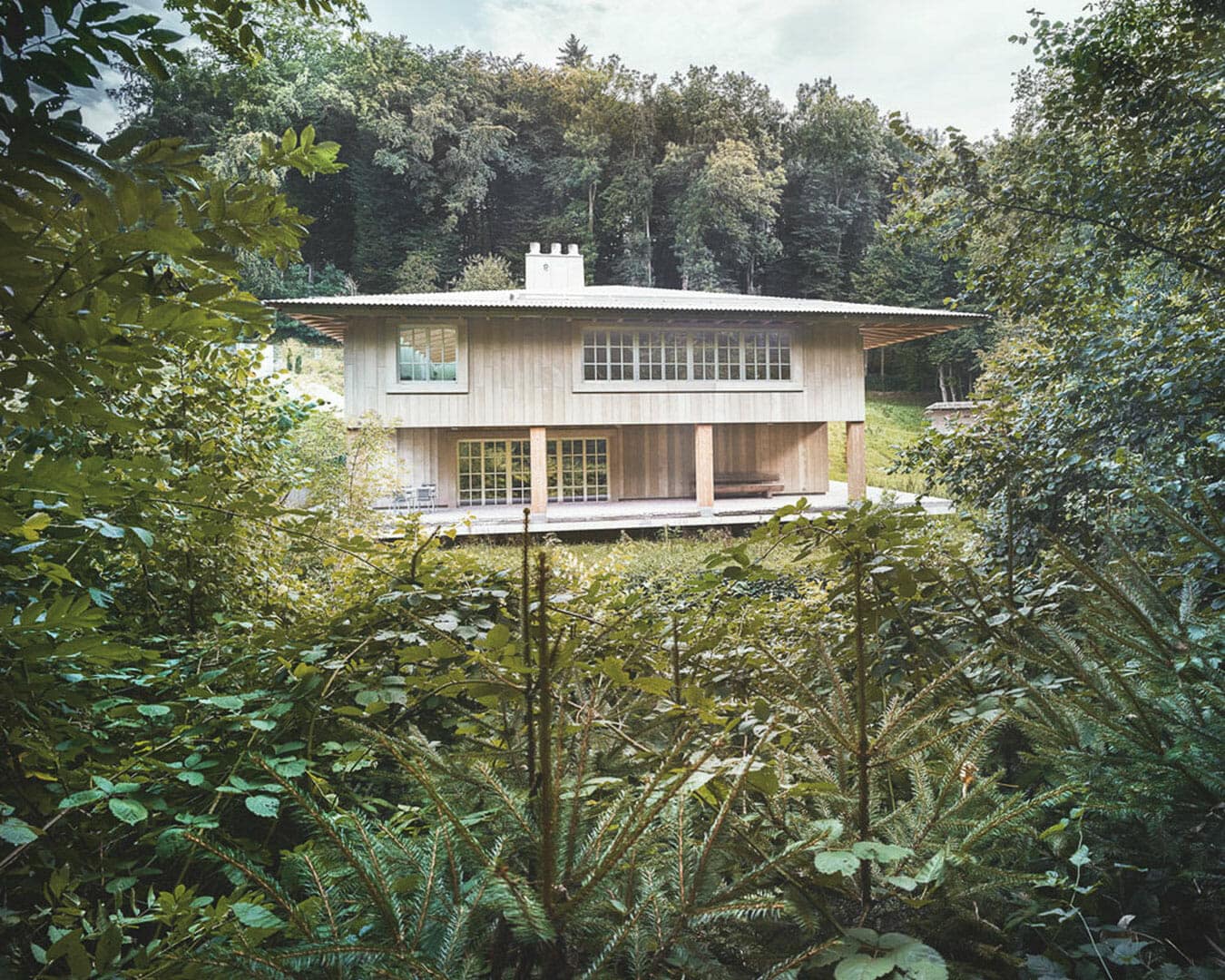 “the house no. 1” was created by New York-based artist Ugo Rondinone as a “Gesamtkunstwerk”, a total work of art and the perfect place for working and living. Each shape and each material used in the “the house no. 1” has its origin in a work of art of the Swiss born artist. All elements of the house are custom made and reflect the artist’s requirement for a functional work-life space. Furthermore the elements reference signature art works of Ugo Rondinone. For example the fireplace in the main living space is a replica of the artists piece “John’s fireplace,” which has been shown internationally in various exhibitions. The entire building is surrounded by terraces with two stairways connecting the levels. The north and west terraces were placed above ground. This results in a floating sensation, which lends the house a lightness recalling traditional Japanese buildings. A certain Japanese appearance was sought after and was further achieved with the protruding roof, which shelters the terraces. The house was constructed with prefabricated wooden elements. The facade is made up of wooden cement boards, the roof of corrugated Eternit. Inside all walls are made of white plaster and treated with beeswax. Another special feature are the custom-made latticed windows made of metal. The latticed window is a returning symbol in the art of Ugo Rondinone, a metaphor for the transition that takes place between the inside and the outside, signifying the fragmentation of the world and it’s potential standstill. The latticed windows frame the view from the inside and emphasize the idea of being surrounded by a dreamlike and magical landscape. This is supported by the burbling stream, which runs on the north side of the estate. The estate is surrounded on three sides by woodland and is located at the periphery of Würenlos near Zurich. On the north and west side the property is confined by the natural course of the stream called Furtbach. An old stupendous oak tree and a restored bee-house sit west of the house just by the stream. The detached house has been placed on a natural clearing in the forest. The house was positioned in order to allow the potential construction of another building east of the existing structure. The north facade with the porch runs parallel to the stream. To the west, the house opens up to the actual garden, designed as wild meadow. It is confined by the near forest and the natural curve of the stream. From road level to stream level there is a significant decline, which made it natural to bury the house in the south-facing terrain. Here you can find cellars, technical rooms and the sauna. Viewing the house from the street it seems like a single-story pavilion. Its considerable volume can be fully appreciated from the garden side.