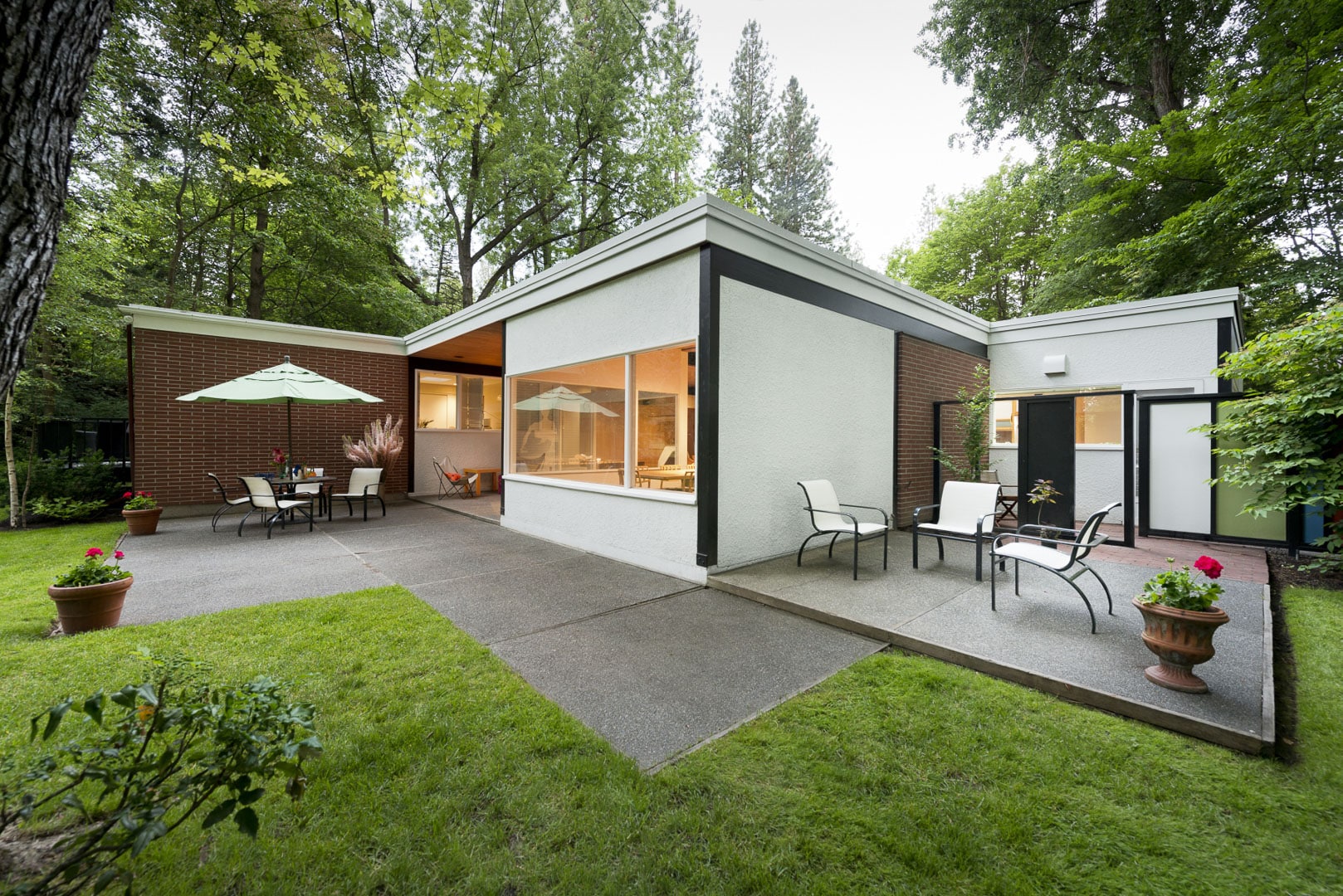 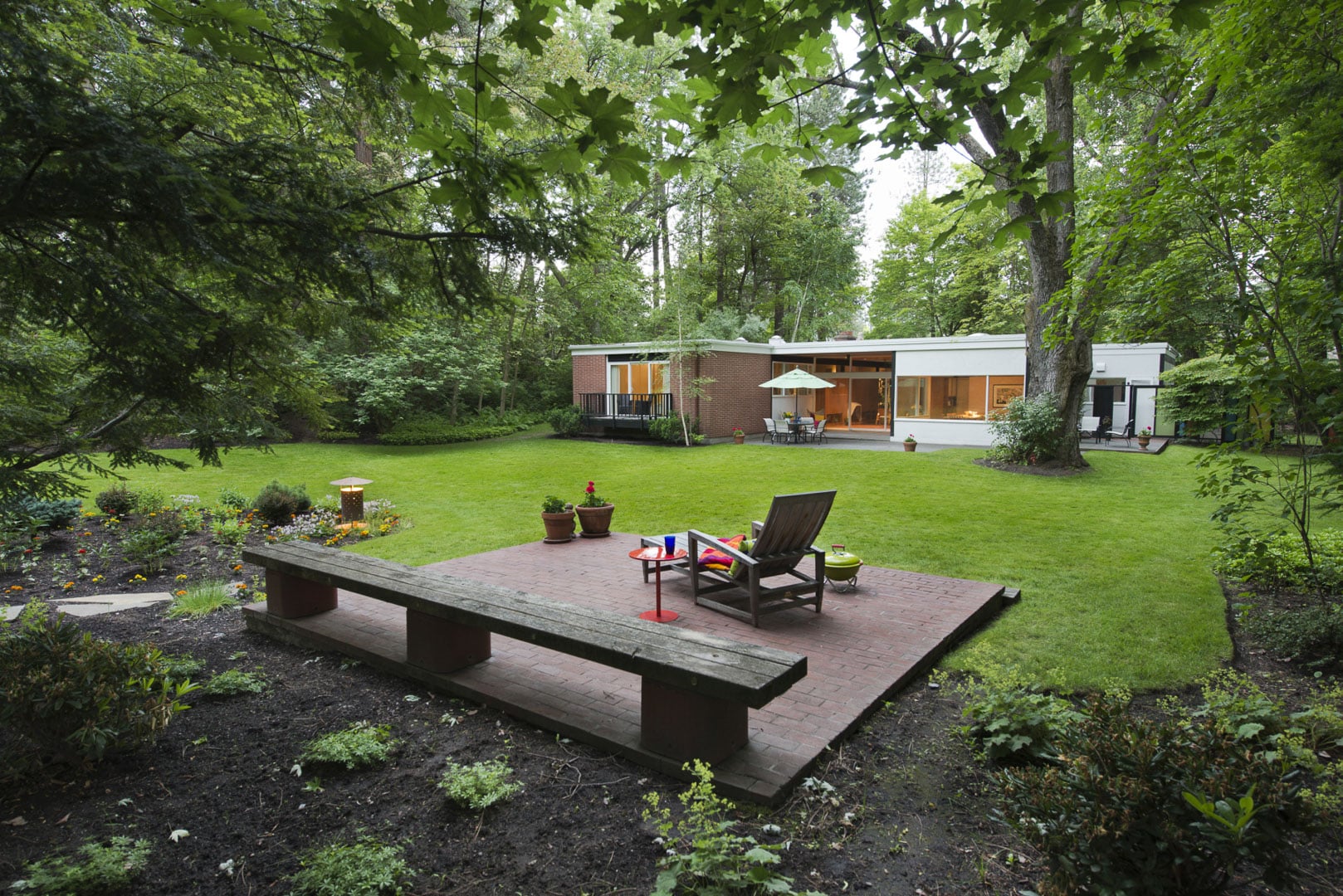 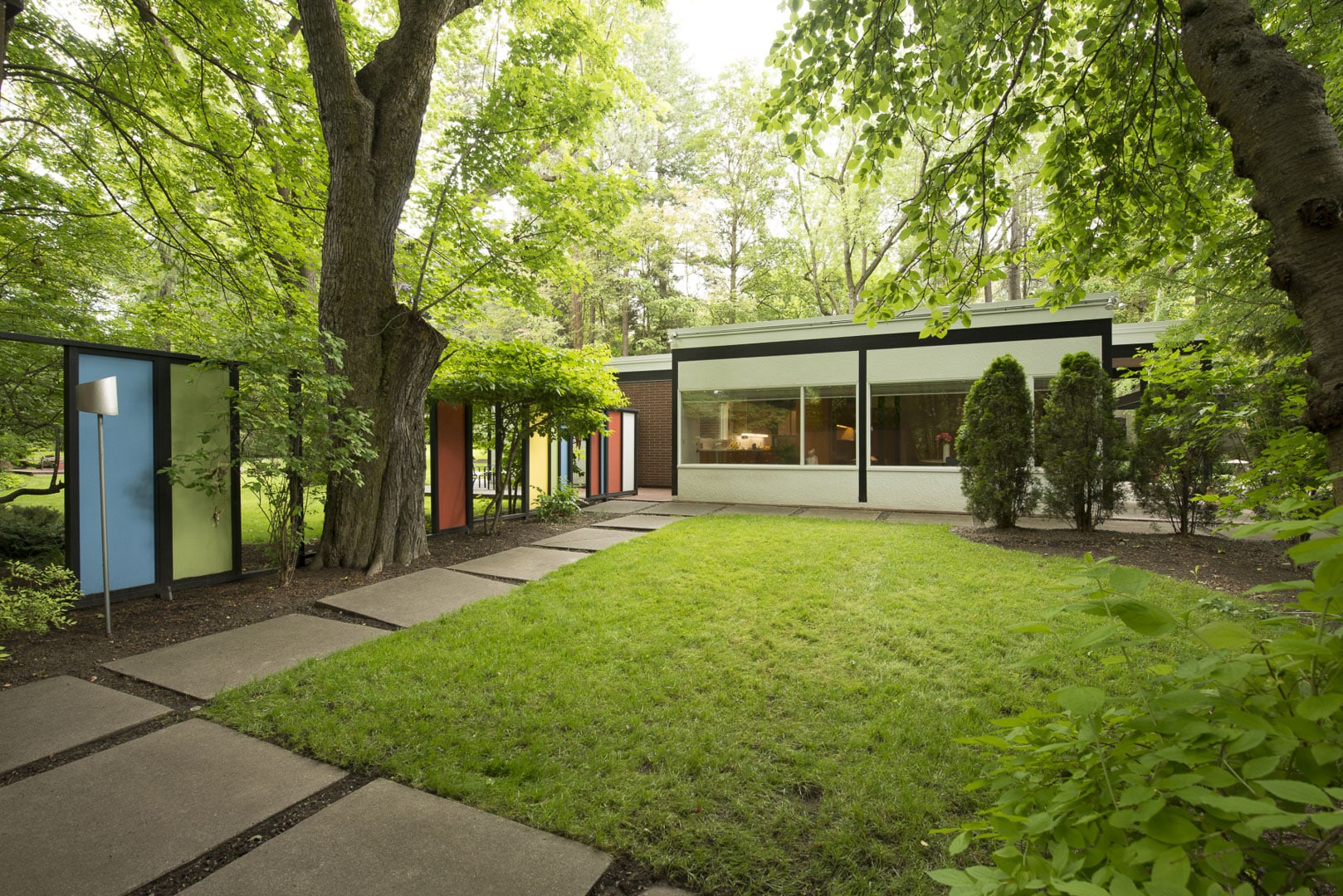 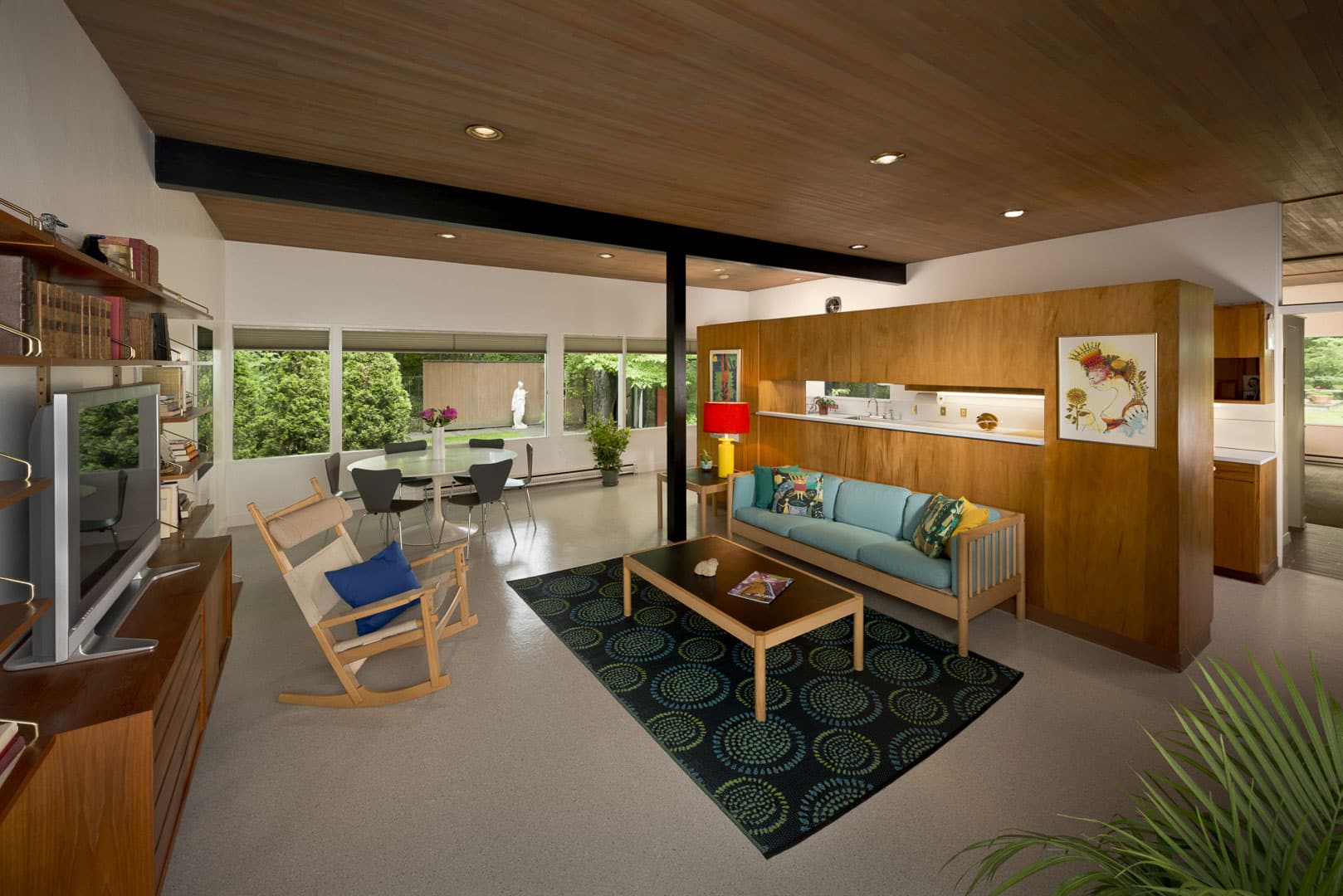 Mary Jean and Joel E. Ferris III hoped to build a modernist home, a sensibility they so much admired, but the neighborhood association would have nothing to do with it. So they were advised by his “Uncle Joel” to build in the middle of his (then) 4 acre property. Protected by massive walls and surrounded by 50 year old mature trees, they turned to Bruce Walker to build them a home where no “nosy neighbors” could tell them what they could or could not build. They were fortunate in that Mr. Walker was in Spokane at the time building the new Washington Water & Power Headquarters. Walker, a Harvard-educated Spokane native, was greatly influenced by the southern California architects/designers such as Craig Ellwood, Gregory Ain, Raphael Soriano and Charles Eames. Listed on the Spokane Register of Historic Places, this home was described as a “timeless, magical place on Spokane’s South Hill”. Certainly Spokane’s most important mid century home, it was built to stay cool in the summers and warm in the winters. Numerous gardens were designed on the property, including one for the children, by Lawrence Halprin, one of America’s leading landscape architects. Articles were written about the home in the Spokane Chronicle in 1954, Sunset Magazine in 1961, the New York Times in 2012, and Dwell Magazine in 2013. In 2014, an exhibition of Spokane Modern Architecture 1948-1973 took place at the Northwest Museum. This 25 year period was described as seeing an “unrivaled burst of architectural creativity in Spokane – greater than that of anywhere else in the Pacific Northwest”. The home was also given an AIA First Honor award in 1960. Madmen invited!