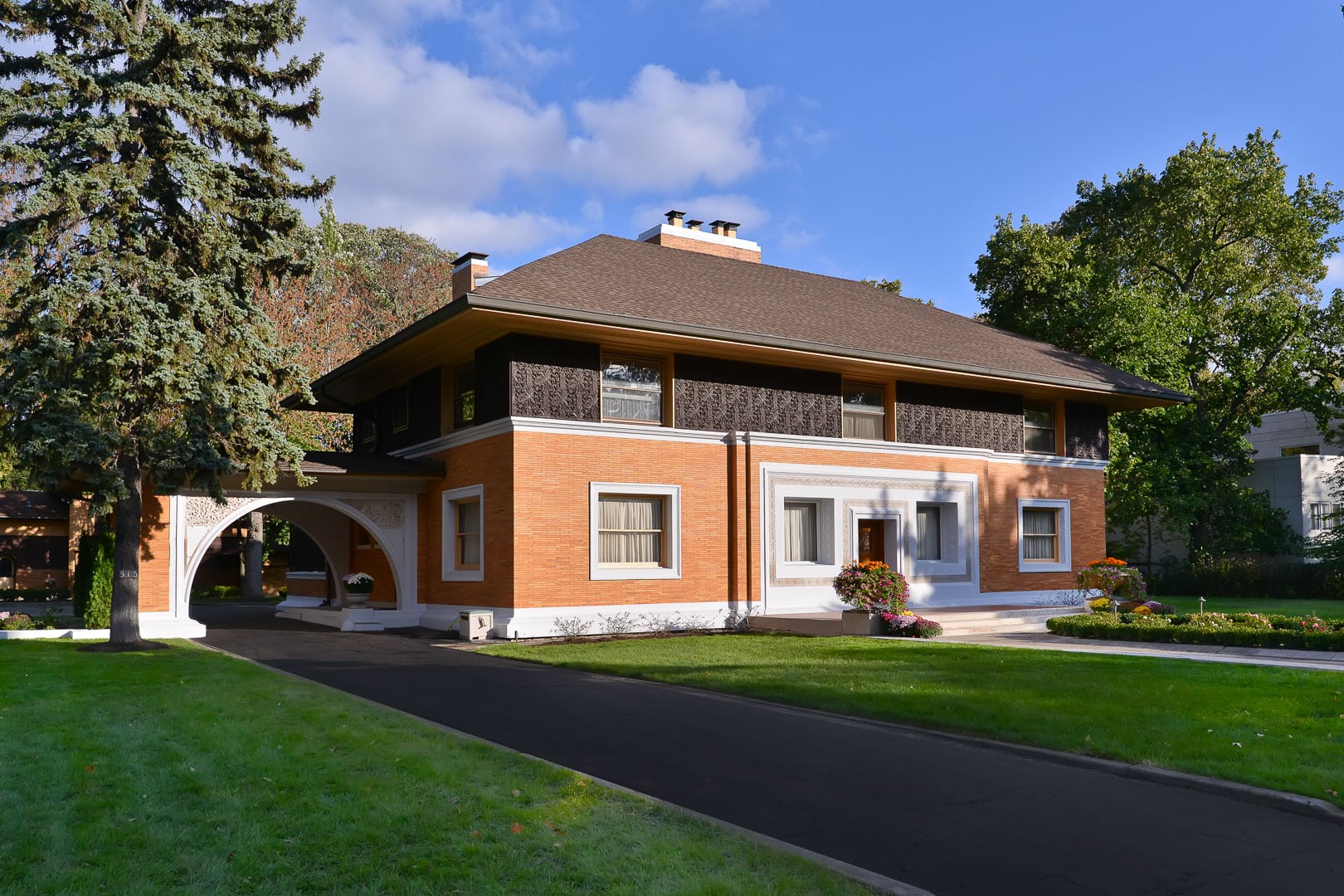 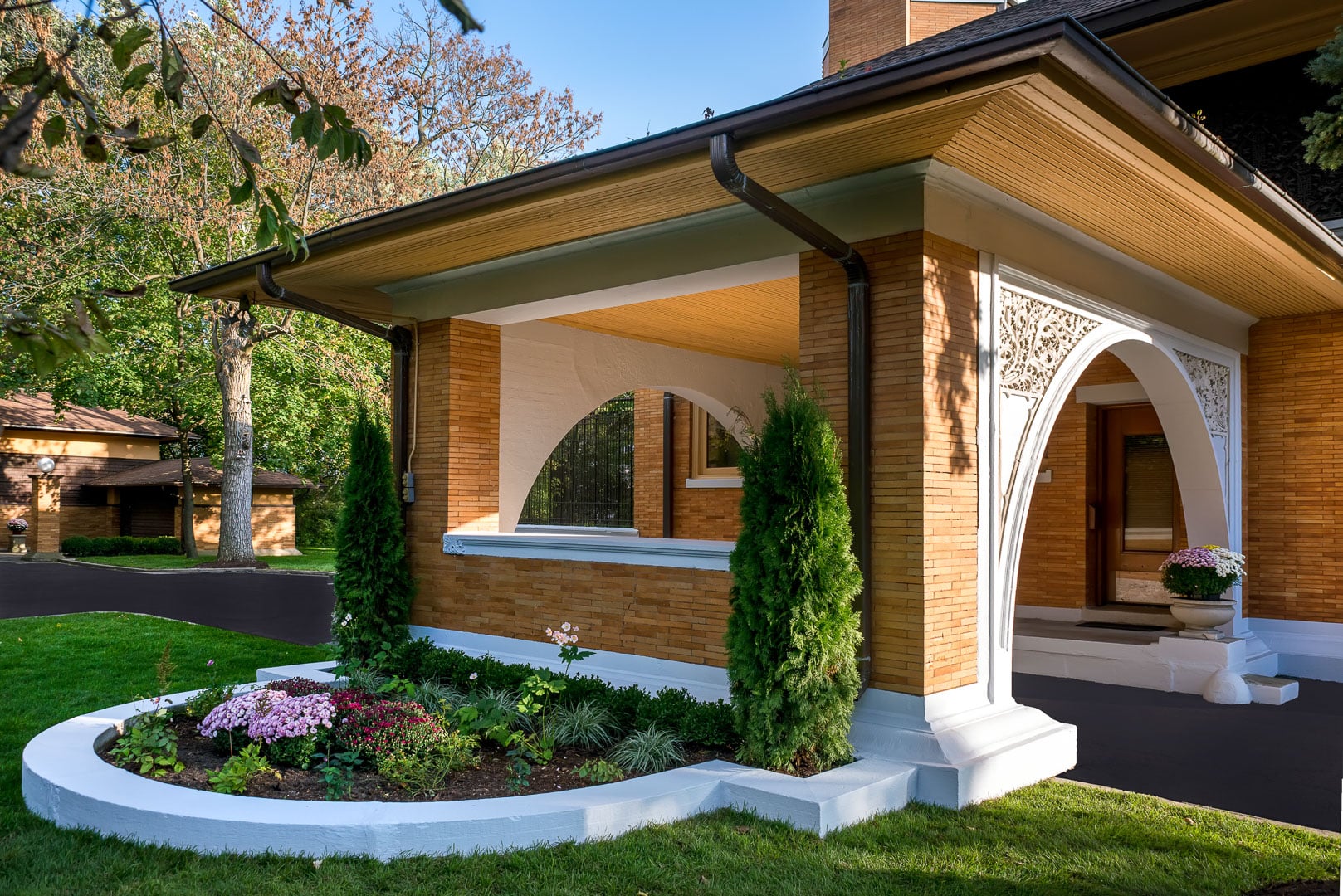 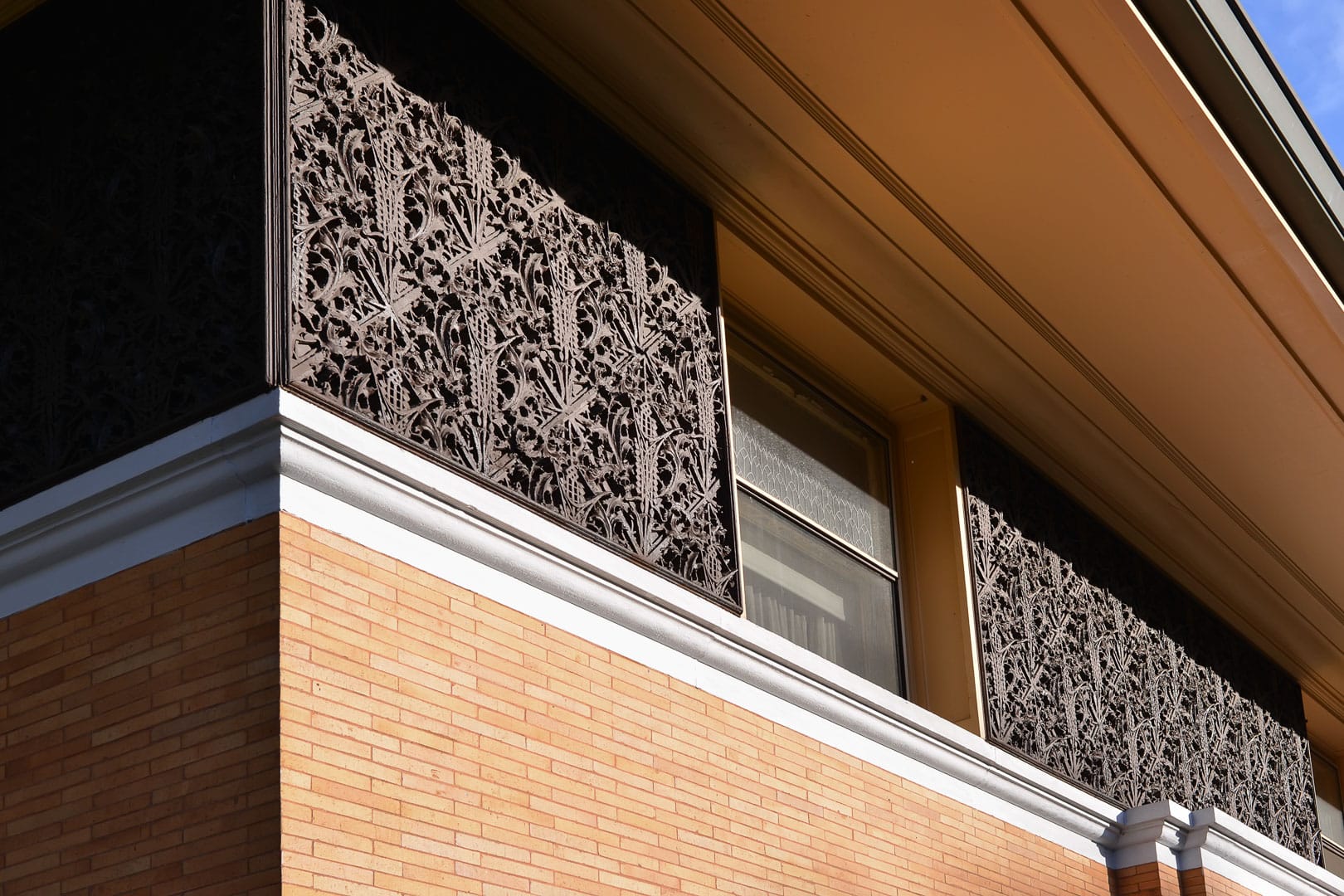 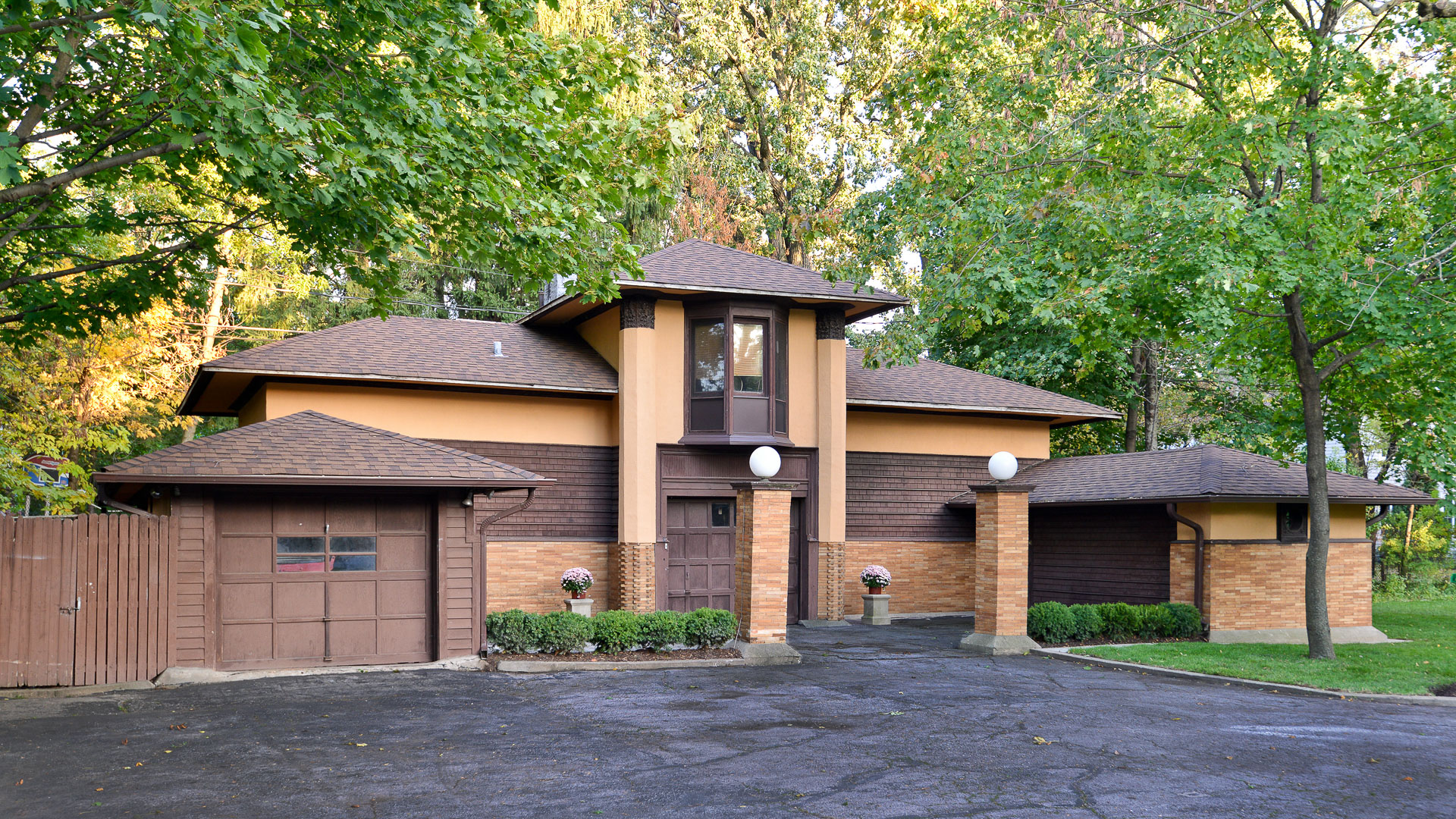 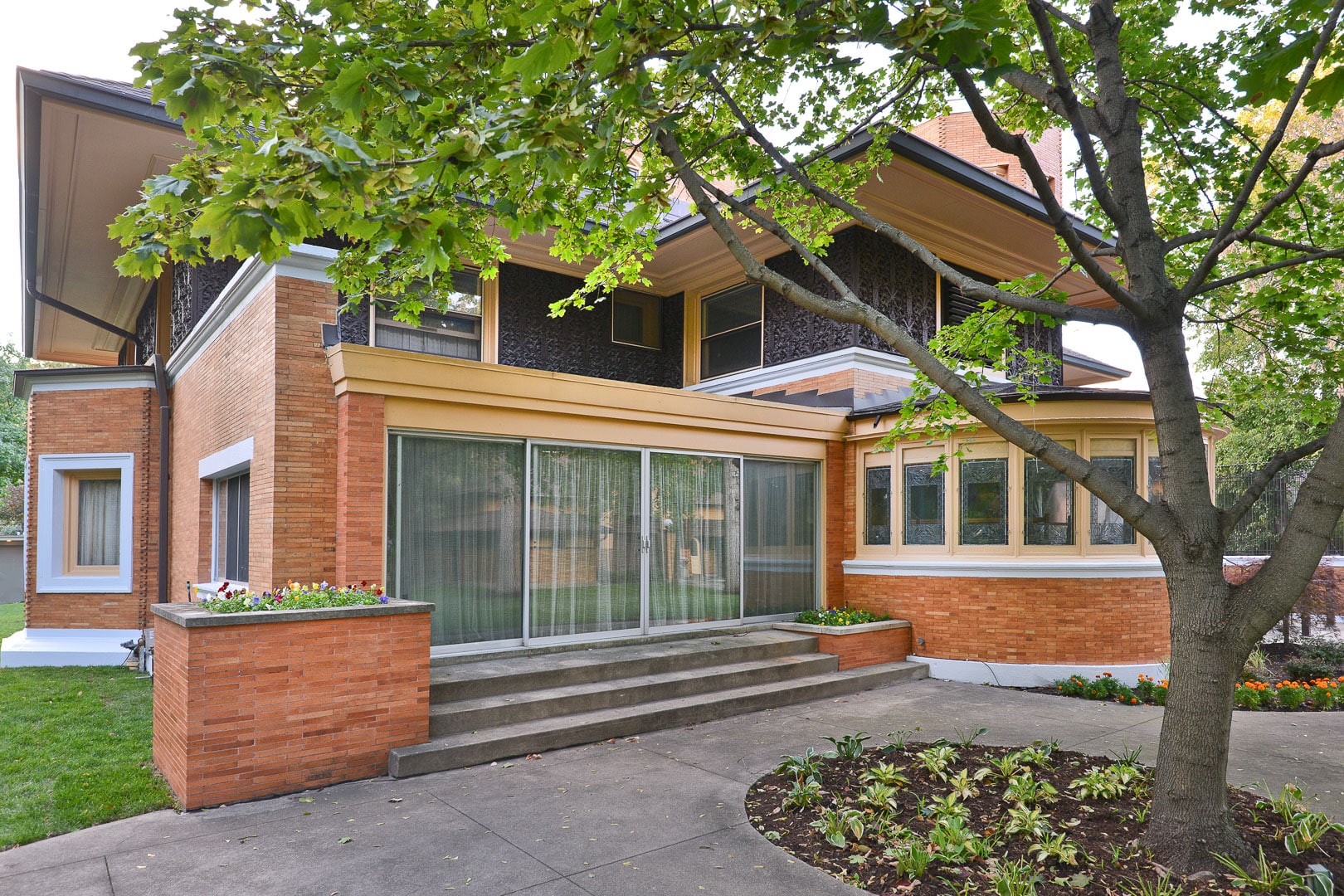 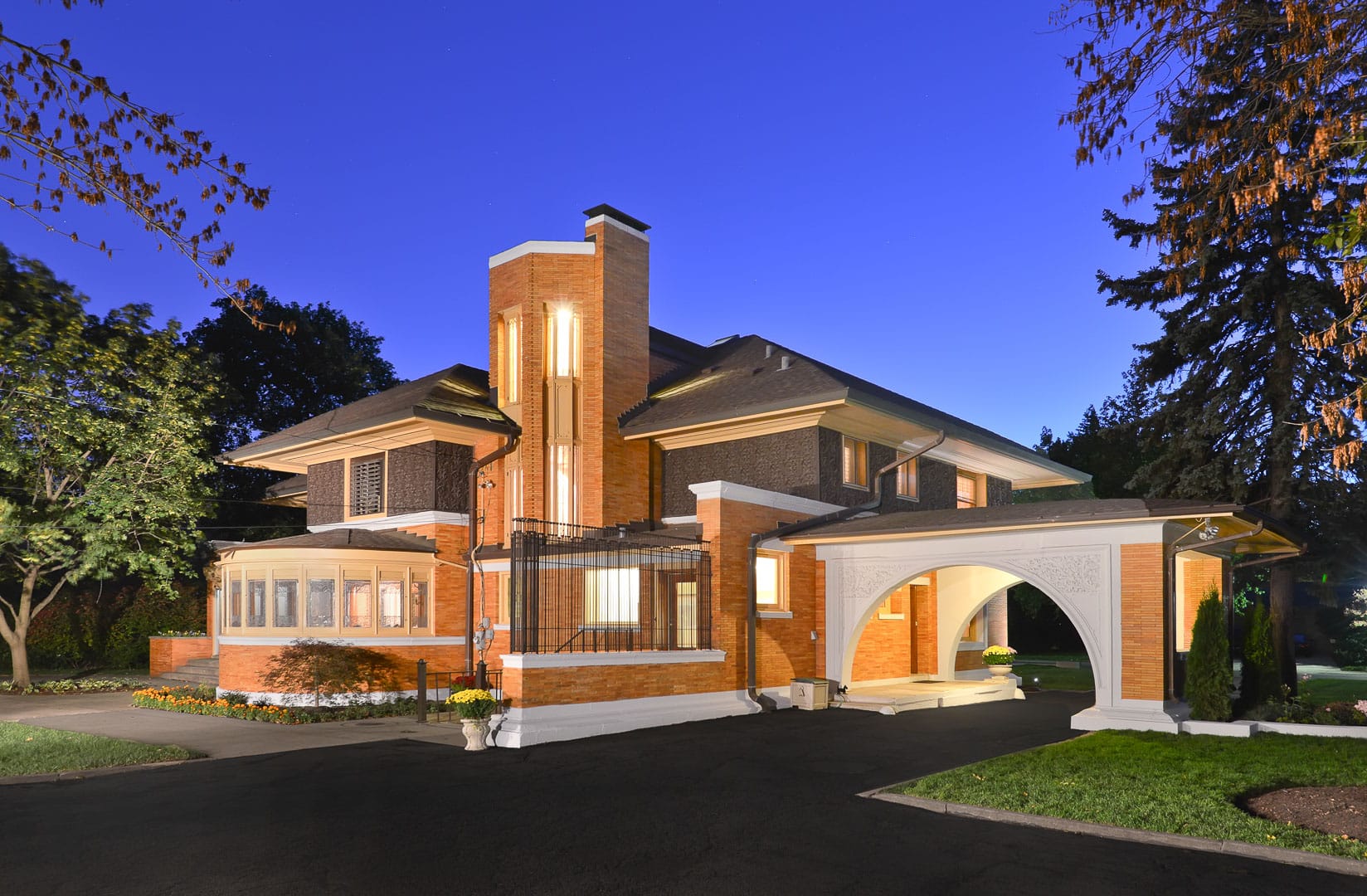 As Frank Lloyd Wright’s first independent commission, the William Winslow House served as a radical change to the traditional styled houses in the Oak Park/Forest River area of Chicago. Listed on the National Register of Historic Places in 1970, the Winslow House’s imposing fa_ade consists of Roman brick on the first floor and an ornamental frieze wrapping the second floor. The first and second floor elevations of the house are clearly delineated by a central ridge line which adds additional volume to the overall feel of the design. With its broad, hipped roof line, the home predates Wright’s Prairie Style vernacular architecture which later dominated many of Wright’s commissions and of those who attempted to emulate the design. Currently stewarded by the fifth owner, many of the original interiors of the Winslow House remain intact. Elements of Roman and Moorish Revival arches accented by Wright’s unique interpretation are found in the common areas of the house. Ostensibly breaking free from restrictive, traditional building styles, Wright’s Winslow House shows non-conformity to nineteenth century societal structures while having created an aesthetically pleasing, practical design for his clients. Wright’s prominent placement of an elevated Inglenook recessed behind intricately carved arches in the foyer, for example, is anchored in place by the central placement of a wide, brick fireplace. Additionally, the Inglenook’s carved arches exemplify elements of the flourishing Arts and Crafts movement in the USA while giving a gentle nod to Wright’s Welsh heritage. While the house has been updated in some areas to meet contemporary needs, some original stencils, wall coverings, fixtures, and intricately patterned stained-glass windows remain in much of the house. To the rear of the property, the carriage house with second floor live-in apartment, mirrors the aesthetics of the main house, but is more vertical. Unlike the main house, the carriage house has three distinct levels which are defined by Roman brick, wood shake and Gunite.