Relocating south to L.A.’s Pacific Palisades from Berkeley in the early 1950s, the Spaldings chose architect Mario Corbett for an exceptional site: Inside a grove of mature redwoods, part of an experimental grove planted in the 1880s in Rustic Canyon–the only place within Southern California where the trees have truly flourished. The current, 2nd, owner added two bedrooms + kitchenette over the carport and a spacious roof deck shortly after acquiring the property in 1964; yet the Idelsons carefully preserved the timeless elegance of Corbett’s highly original Modernist design.

Today little-known, AIA-award winning Corbett was “hailed by LIFE magazine as a representative of the Bay Area Style” and famous in the 1950s beyond Northern California (see Julius Shulman: Modernism Rediscovered, ed. Pierluigi Serraino, 2009). In 1964, the new owners hired prominent designer William Wallace Reid to add two bedrooms in the spirit of the original design over the carport, a task Reid accomplished so skillfully that very few realize on first sight that the house was ever smaller.

The total interior area since Reid’s addition comprises 2,752 square feet, not including storage rooms and a separate writer’s office, all accessed from the original 2-space open carport. That 1965 addition has been recently converted to a Guest Suite/ADU by temporarily blocking an internal staircase that is easily reconnected. The expansive roof deck adjacent to the Reid section offers an opportunity to enlarge above without impinging on the original architecture of the ground level.

A thorough restoration by Wiehle-Carr Architecture — noted for their patient rehabilitation of Frank Lloyd Wright’s monumental Ennis-Brown House, seen memorably in Blade Runner (1982) & set high above Los Feliz — has proceeded since 2000 in stages. Wiehle-Carr recreated or adapted Corbett’s original details skillfully, with a new master bath and improvements to Corbett’s compact original kitchen, now bespoke and ingeniously fitted-out. If returned to use as a single-family residence, the structure comprises 5 bedrooms with 3 bathrooms (all with shower, 2 being full baths). Best possible location in the highly sought-after Rustic Canyon, directly bordering the year-round waters of Rustic Creek, on ¼+ acres (11,198 s.f). 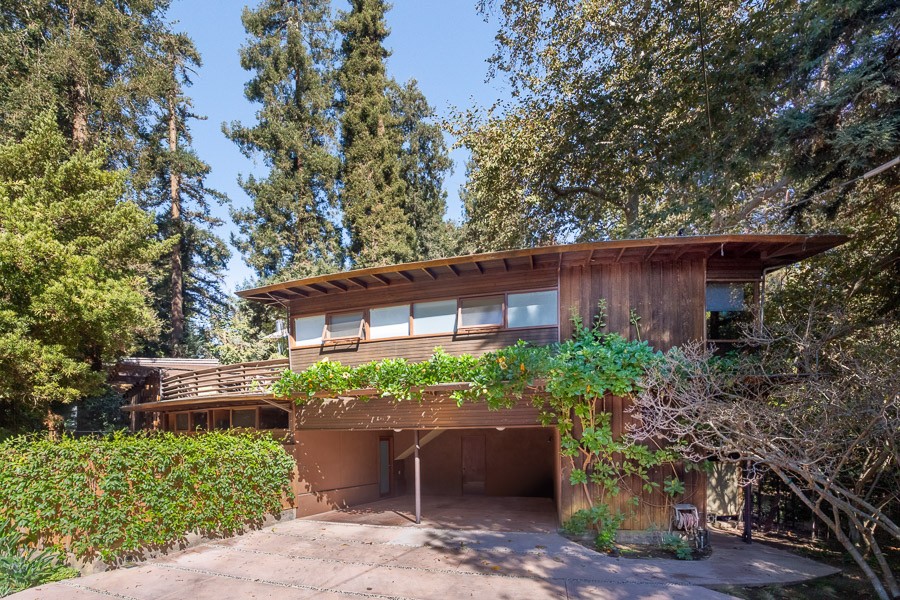 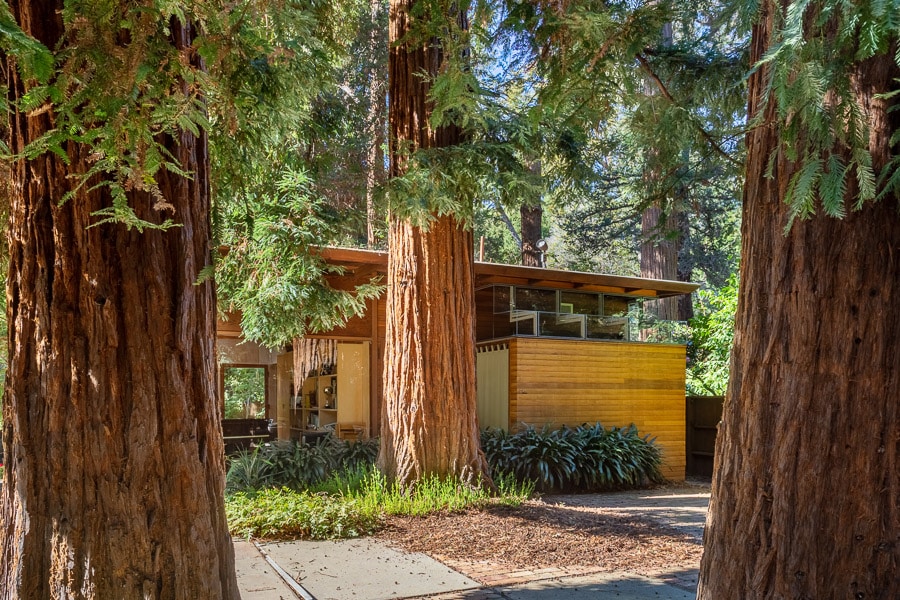 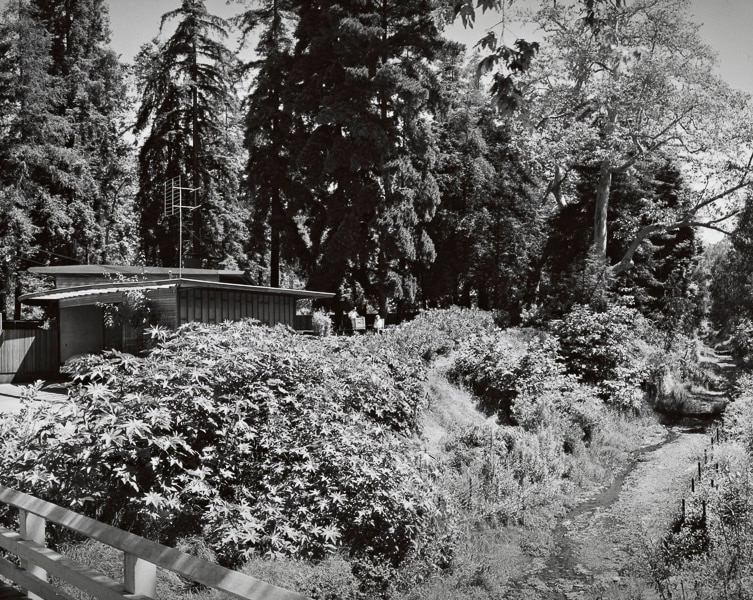 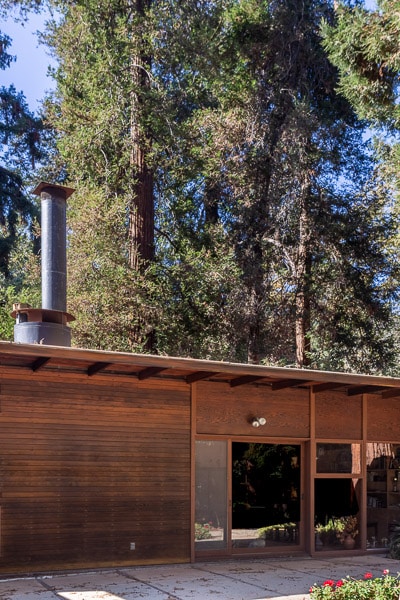 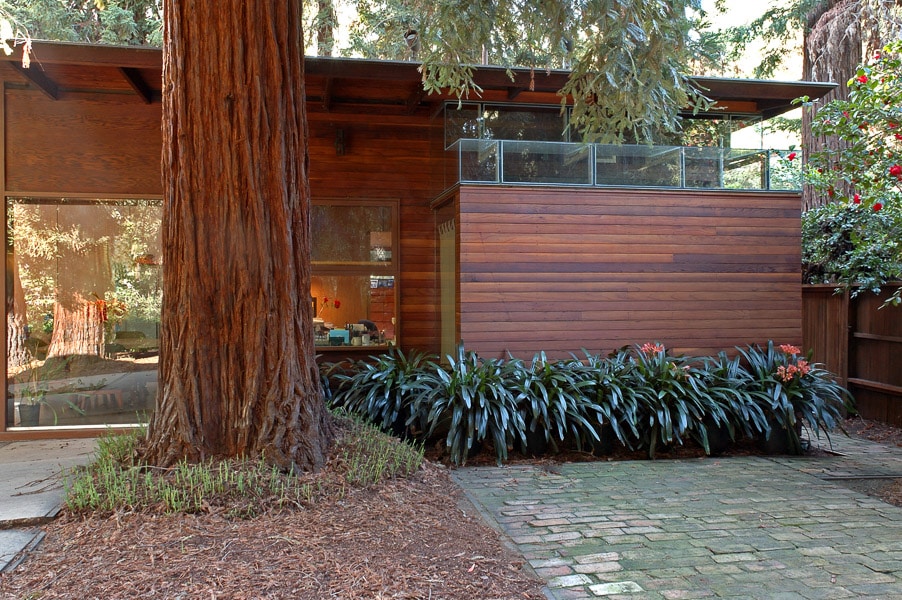 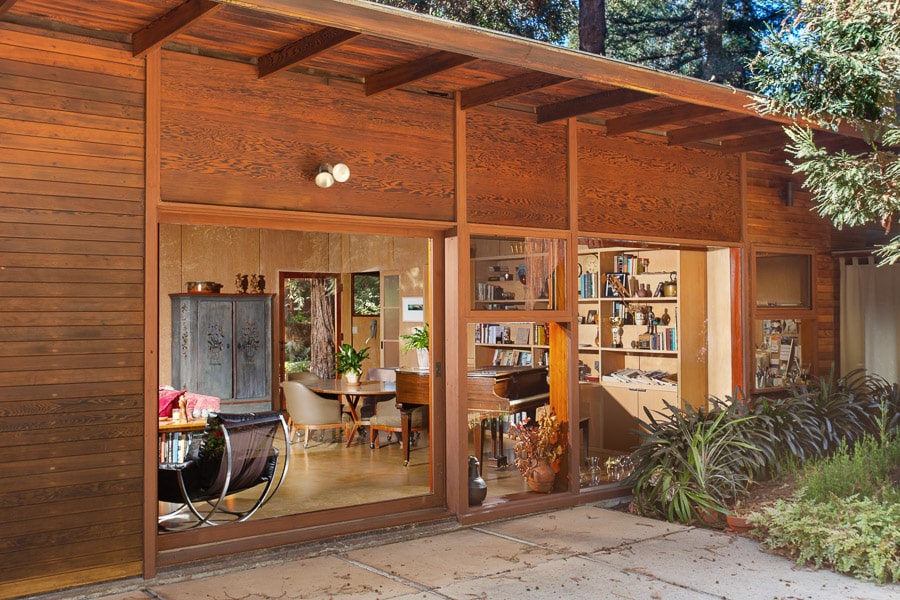 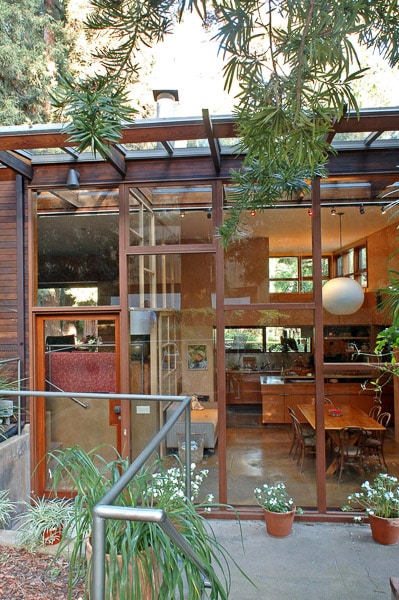 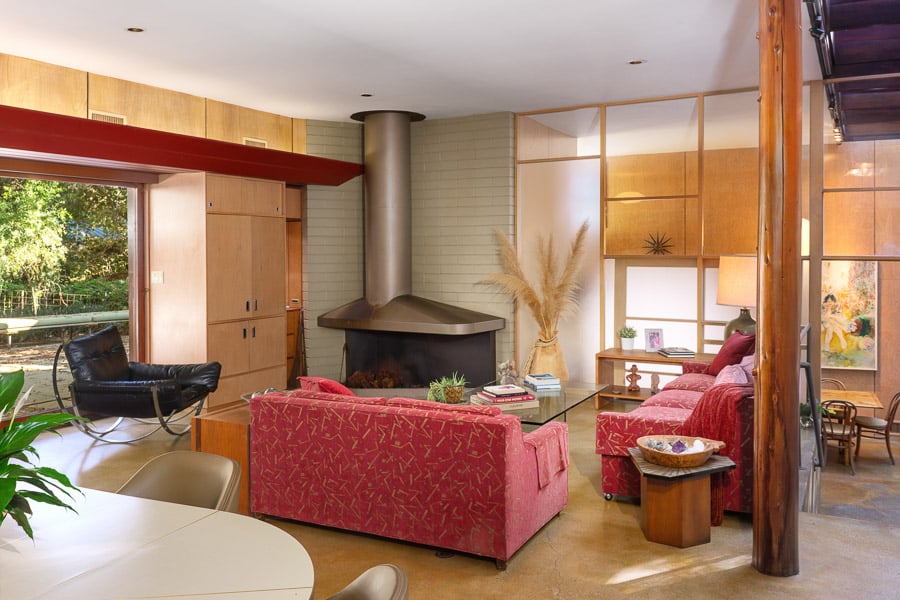 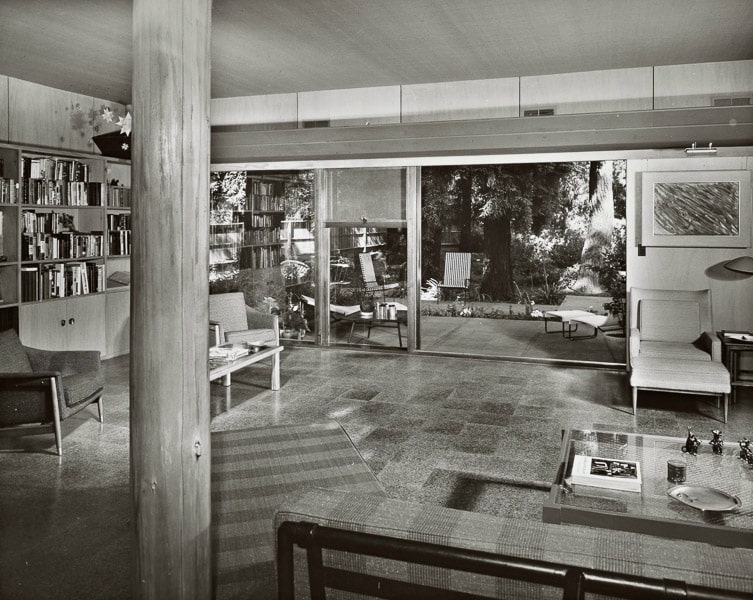 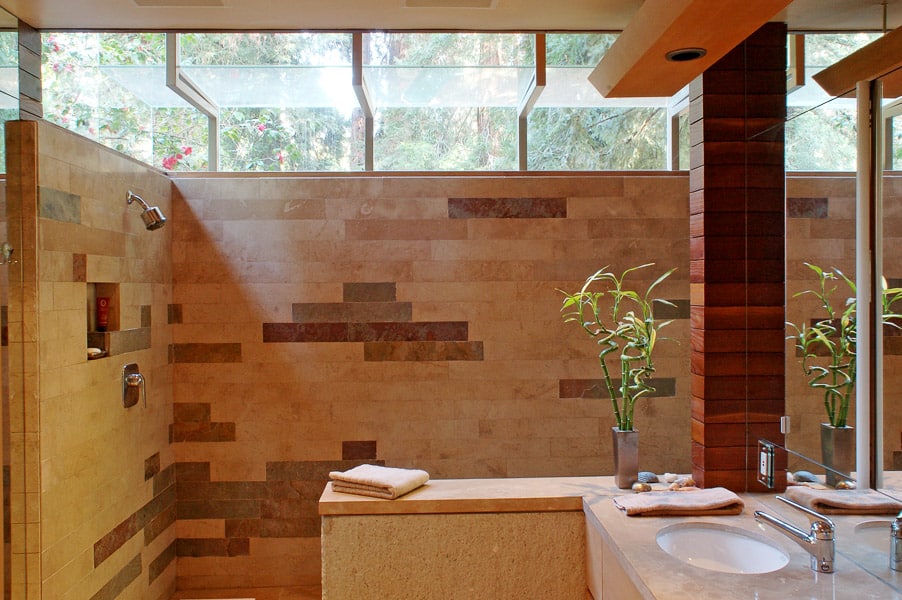 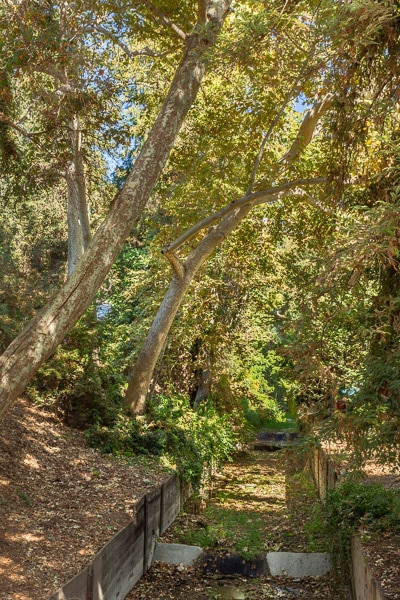