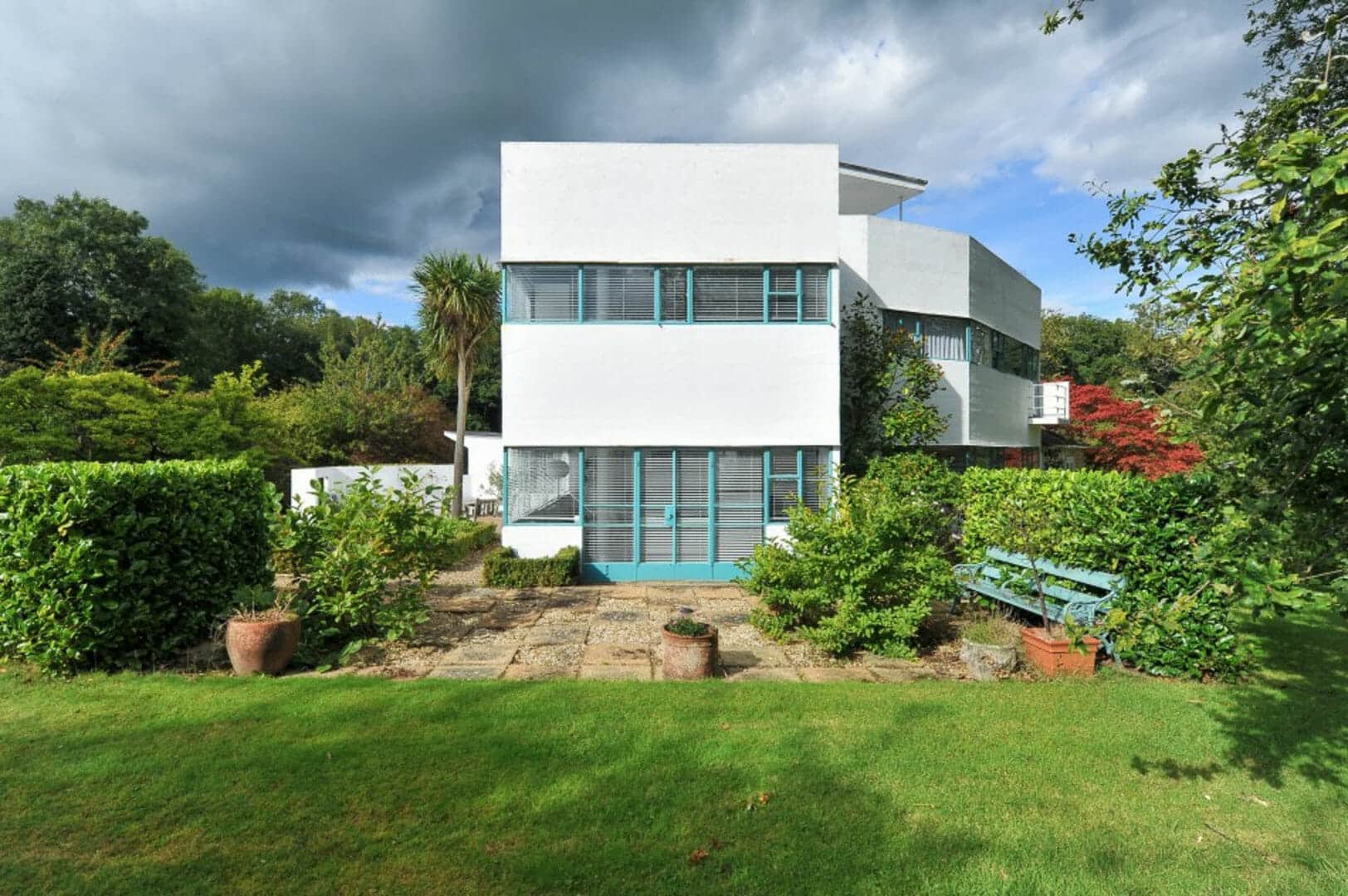 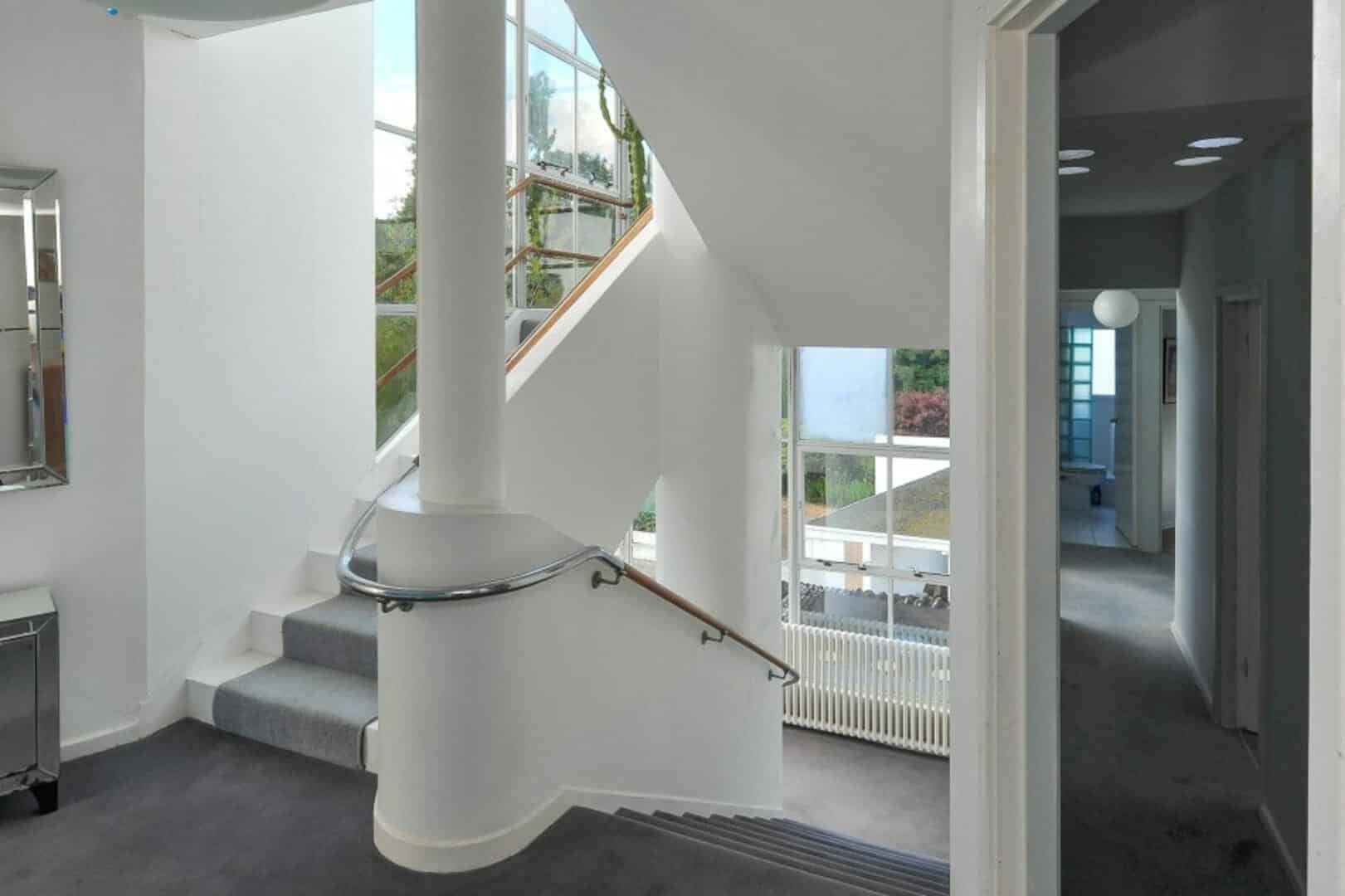 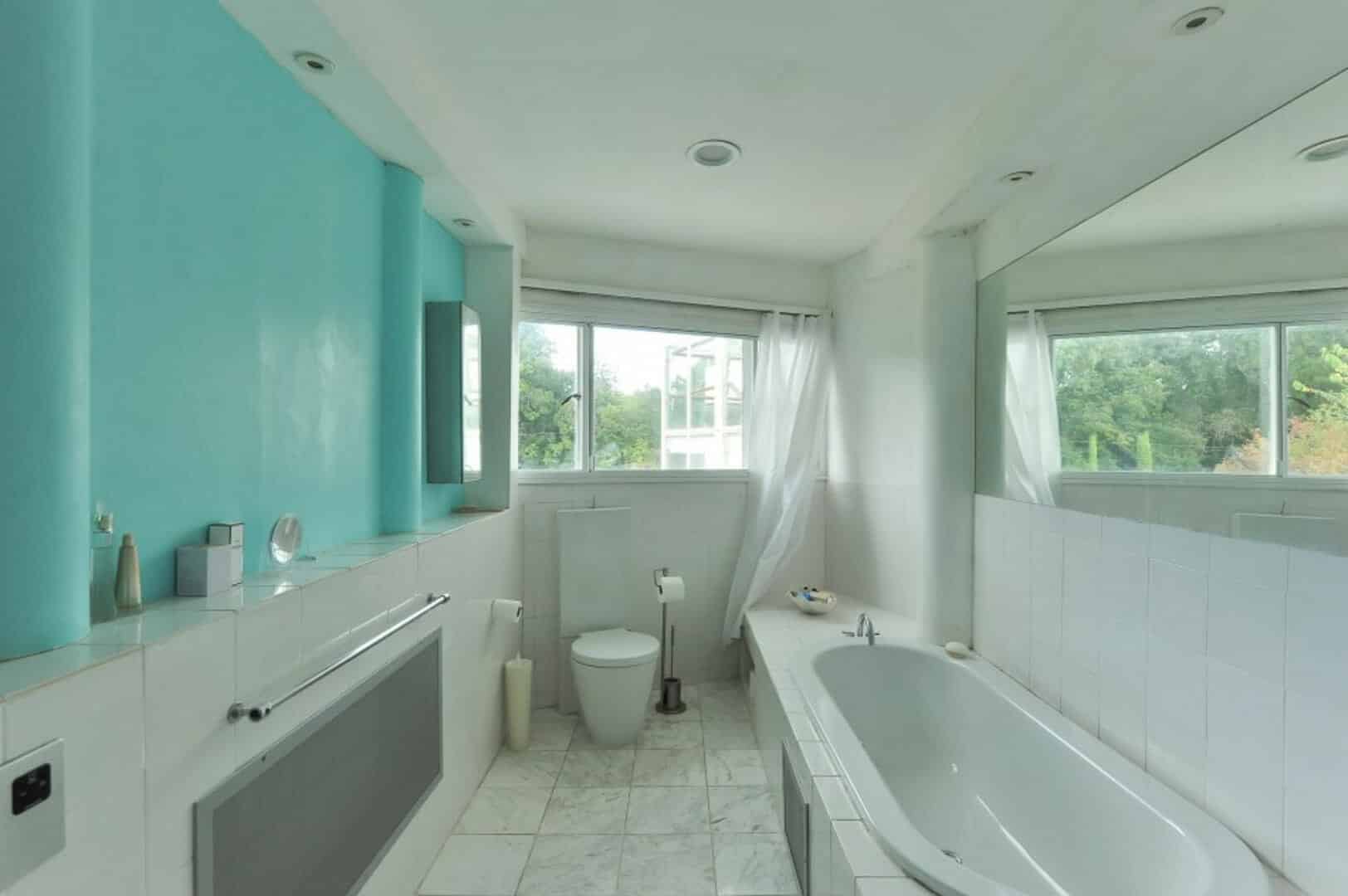 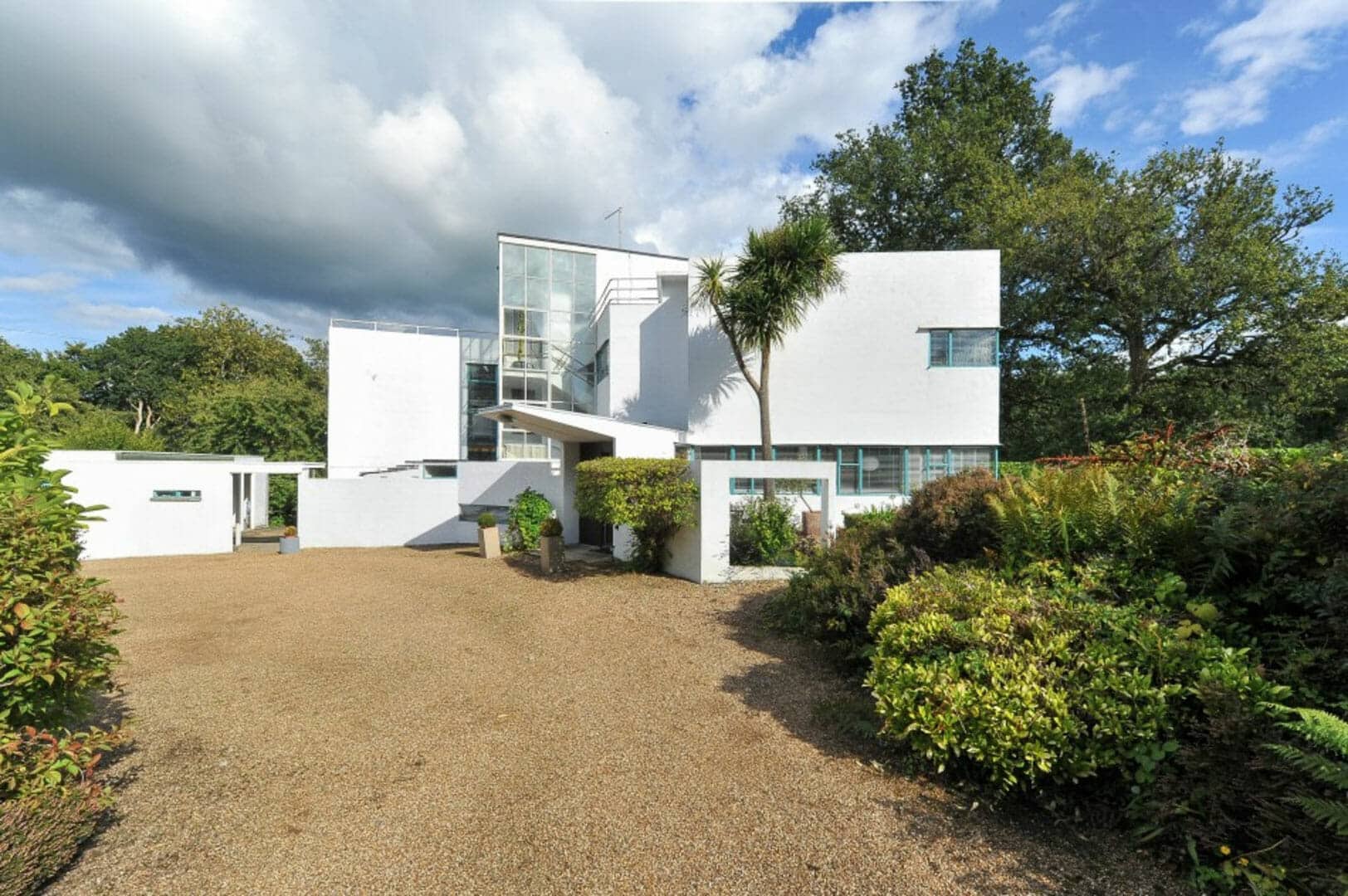 Located in the pretty village of Grayswood near Haslemere, is one of the most remarkable and admired in the history of British architecture, a fact which is reflected in its rare Grade II listing. A substantial five / six bedroom house, surrounded by approximately 12 acres of land, it was originally built for the noted accountant Sir Arthur Lowes Dickinson in 1931-33. Designed by Amyas Connell, a pioneering New Zealander who settled in London and formed, alongside Basil Ward and Colin Lucas, one of the most important British architecture practices of the 20th Century, Connell, Ward & Lucas. The house remains remarkably true to Connell’s original scheme, a design that priorities quality of light and space. It was refurbished by the leading specialists in Modern houses, Avanti Architects, in 1993 and has always been occupied by enthusiastic and considerate owners. Accommodation on the ground floor includes a wonderful living room that fills with light thanks to a ribbon of windows that runs along two sides. There is also a dining room, which features the original sculptural fireplace, a breakfast room and second reception room / studio. The latter space is the only part of the house that was not part of Connell’s original scheme and there is a possibility, subject to the usual permissions, that this could be replaced and used to house a larger kitchen / dining room. The current kitchen is reached via a small set of steps that also lead on to a ground floor study. A magnificent stairway, encased in glass, leads to the first floor (and roof garden beyond). Here there is master bedroom with ensuite bathroom and similar ribbon of windows as can be found in the living room. Four further bedrooms and two bathrooms occupy the rest of the floor. The entire roof space is devoted to an amazing roof garden, which has hosted many wonderful parties over the years. There is also a large garage and office / games room situated beside the house. The grounds (approximately 12 acres) are formed of areas of formal garden which remain true to the original landscaping (including a beautiful concrete bench), expanses of flat lawn, orchard, woodland and a large paddock. A sweeping drive lead leads to the house from the road that runs through the village of Grayswood. Grayswood is an attractive Surrey village, just north of the popular town of Haslemere. It has a well-regarded village school, a cricket green, garage and pub, The Wheatsheaf Inn. Haslemere is a thriving town with a Waitrose and many other specialist shops as well as pubs, restaurants and a range of schools. The train station at Haslemere runs a frequent service to London Waterloo in under an hour. There are alternative services from Witley Station. By road there is access to the A3 at Milford which provides a road link to London and the south coast and via the M25 to both Heathrow and Gatwick Airport. Please note that all areas, measurements and distances given in these particulars are approximate and rounded. The text, photographs and floor plans are for general guidance only. The Modern House has not tested any services, appliances or specific fittings, prospective purchasers are advised to inspect the property themselves. All fixtures, fittings and furniture not specifically itemized within these particulars are deemed removable by the vendor.