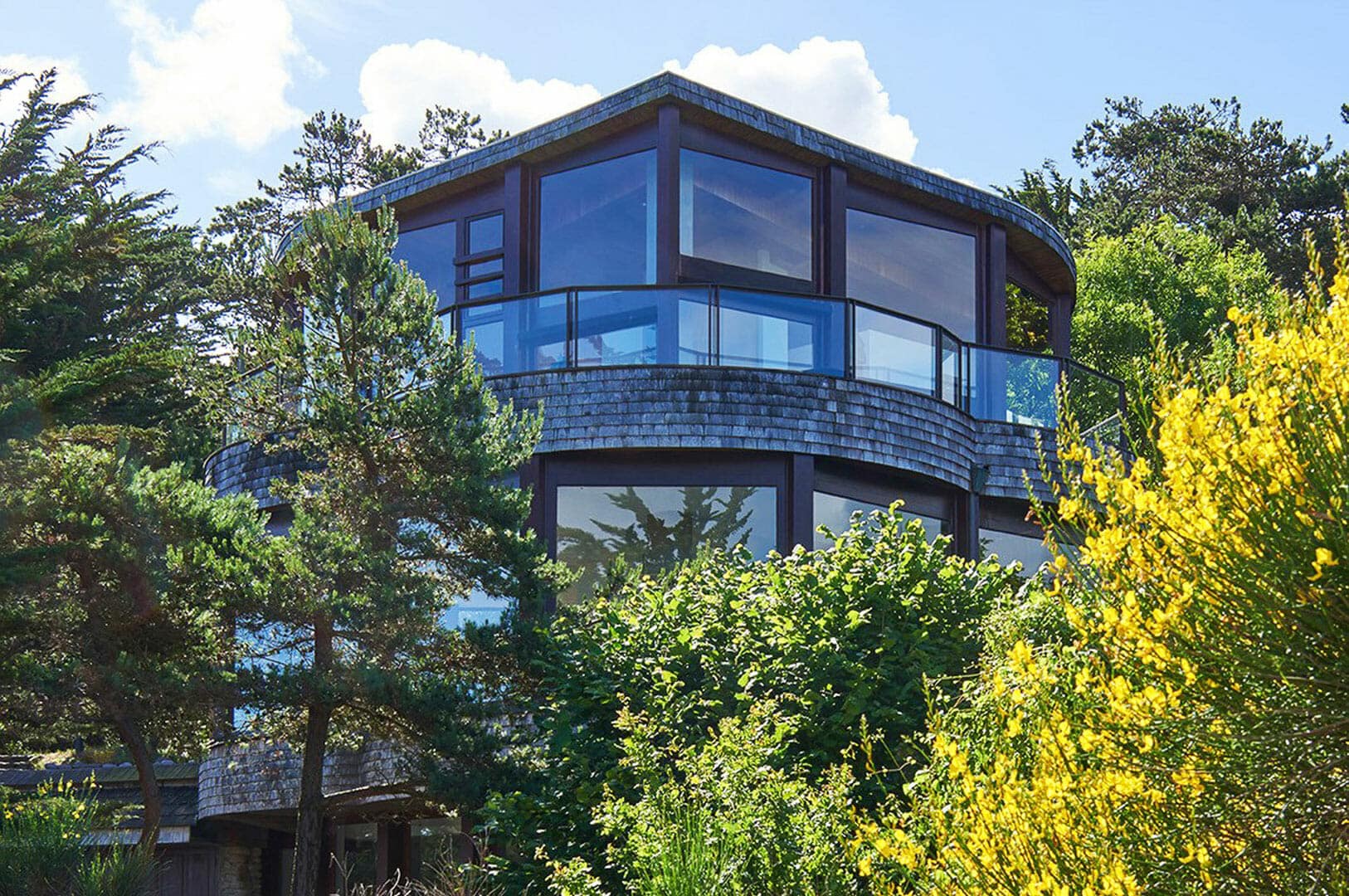 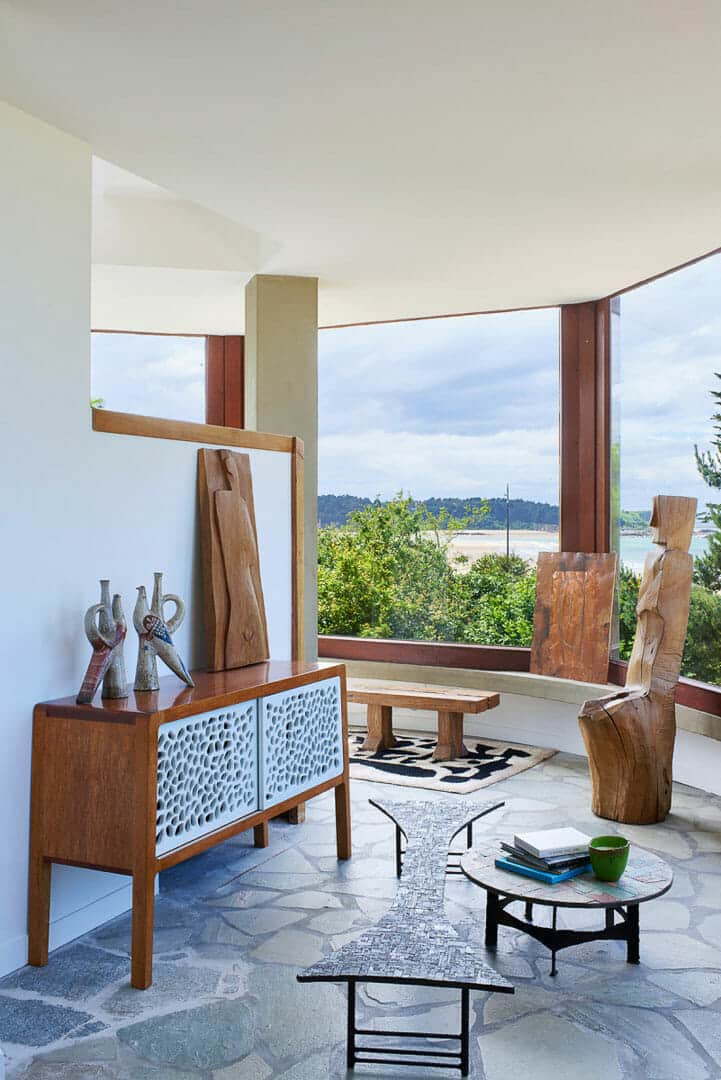 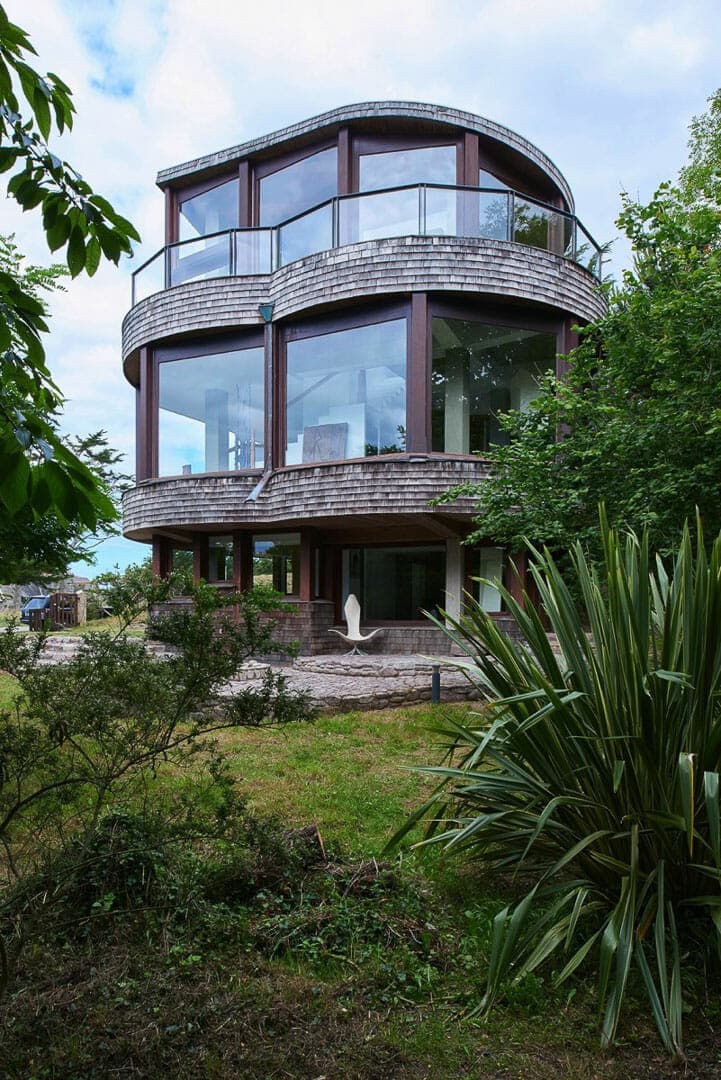 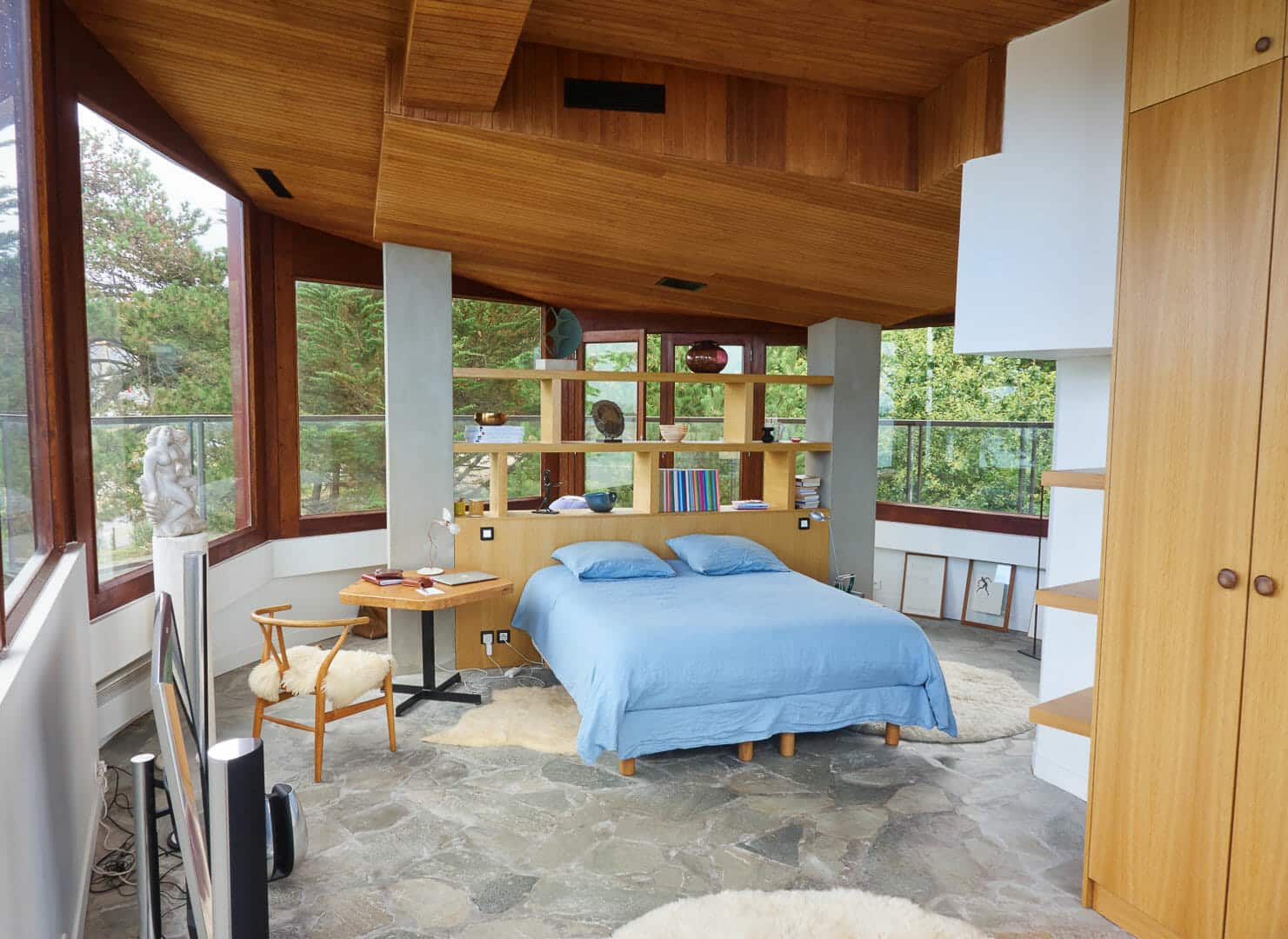 This house designed by architect Martine Abraham was built during the seventies. It stands out because of its original structure, which design is dictated by playing cards colors. The concrete base of the house is shaped like a diamond, the first level is shaped like a club, the second level is like a spade and the roof is heart-shaped. In Sable d’Or les Pins, the house stands on the seafront, near the beach, and enjoys an exceptional view and environment. In the Côtes d’Armor, it is located at 40 minutes from Saint-Brieux by car, 1hour from Saint Malo and 1 hour and 20 minutes from Rennes. The house extends over a surface of 200 m² distributed among the three levels. The ground floor shelters the circular living room turned towards the sea, with an open kitchen. The first floor served by decorative integrated stairs welcomes a large bedroom with dressing room and bathroom, entirely encircled by an exterior walkway. The garden floor was arranged into an independent studio in a Scandinavian style with bedroom, small kitchen and bathroom. The house also has a garage and a workshop. The entire house is open with bay windows and benefits from constant and optimum sunlight in all of its spaces, as well as a clear 360-degree view. It was recently restored and the interior space was restructured in order to maximize the sea view. It stands in the middle of a 1700 m² landscape garden. The three levels of the house rest on four concrete pillars. This structure is directly inspired by the “Dom-Ino” house by Le Corbusier, which allows the removal of all inside wainscoting and allows the singular design of each level’s plan. The facades are covered with “tavaillons,” small tiles of exotic wood that act as natural thermal insulation. Outside the house, a well gathers rainwater through a gutter. A unique house with a strong architectural identity.