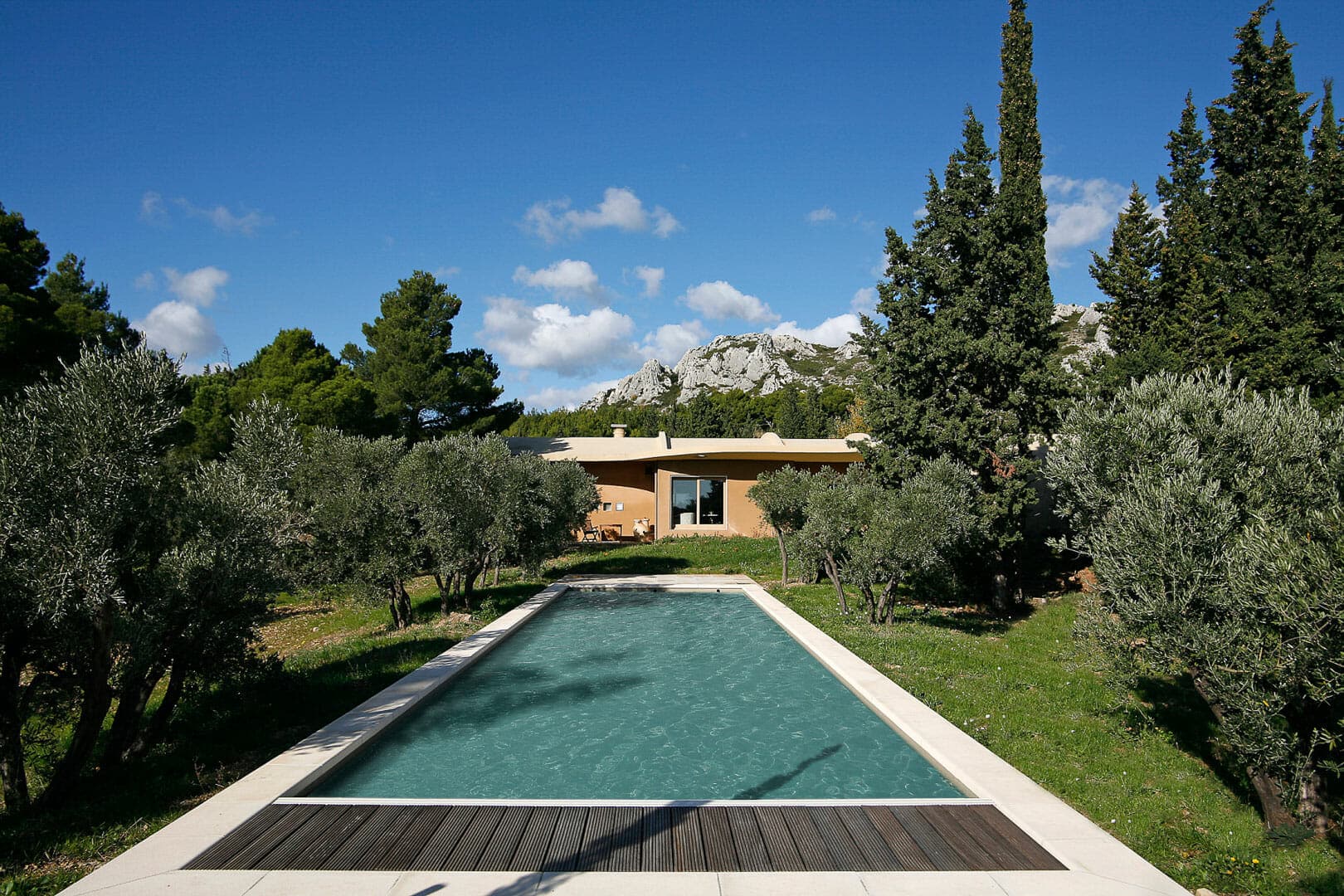 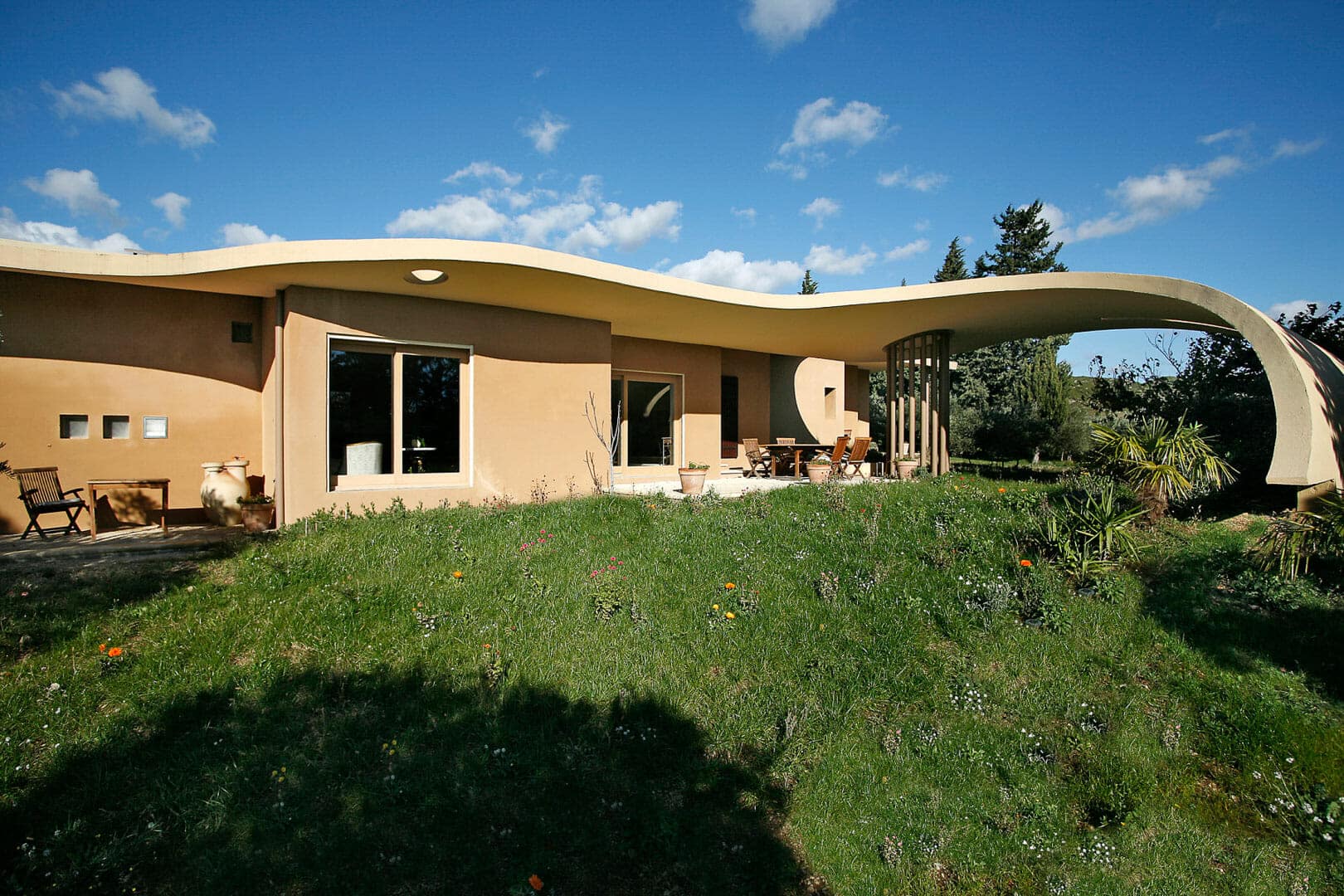 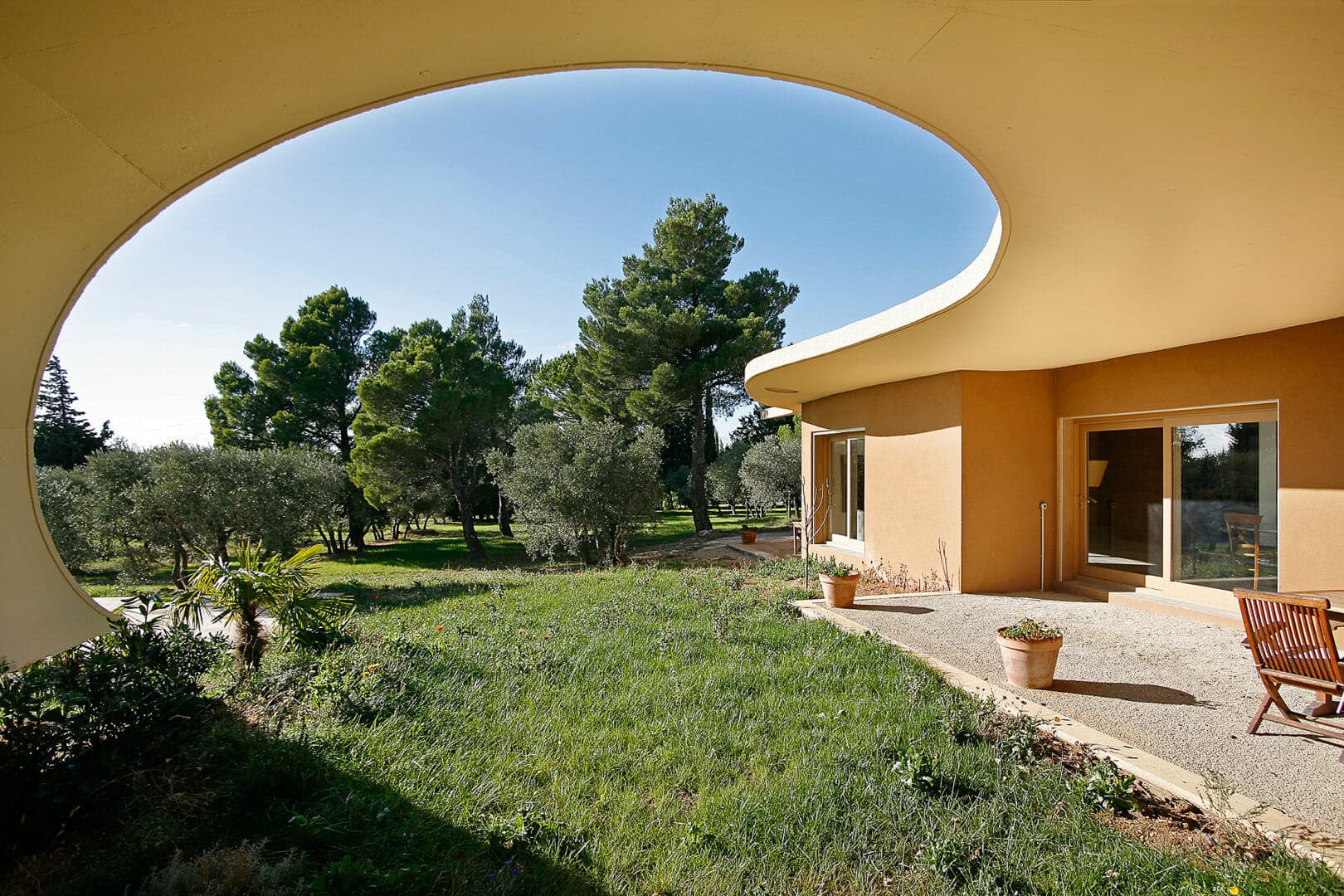 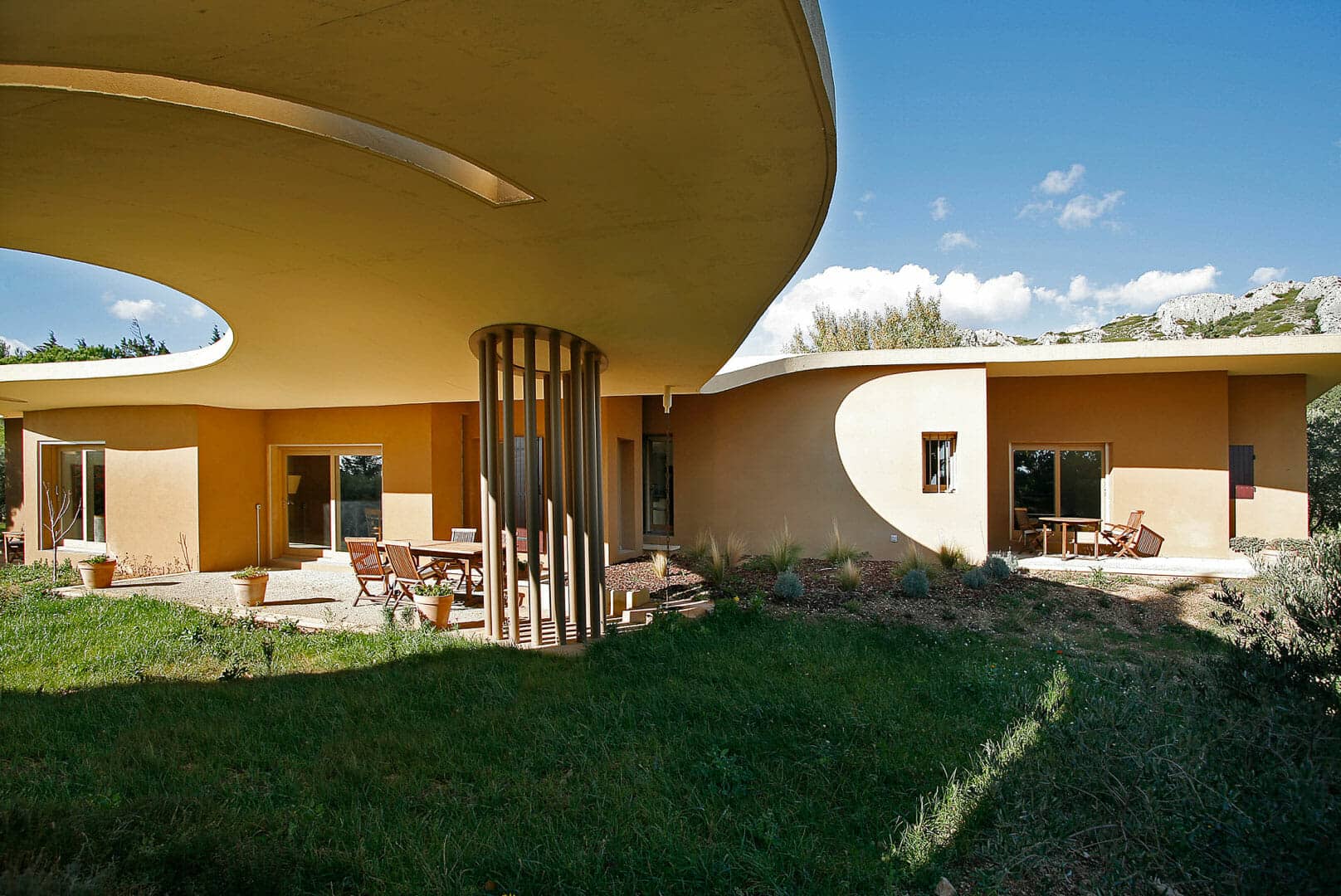 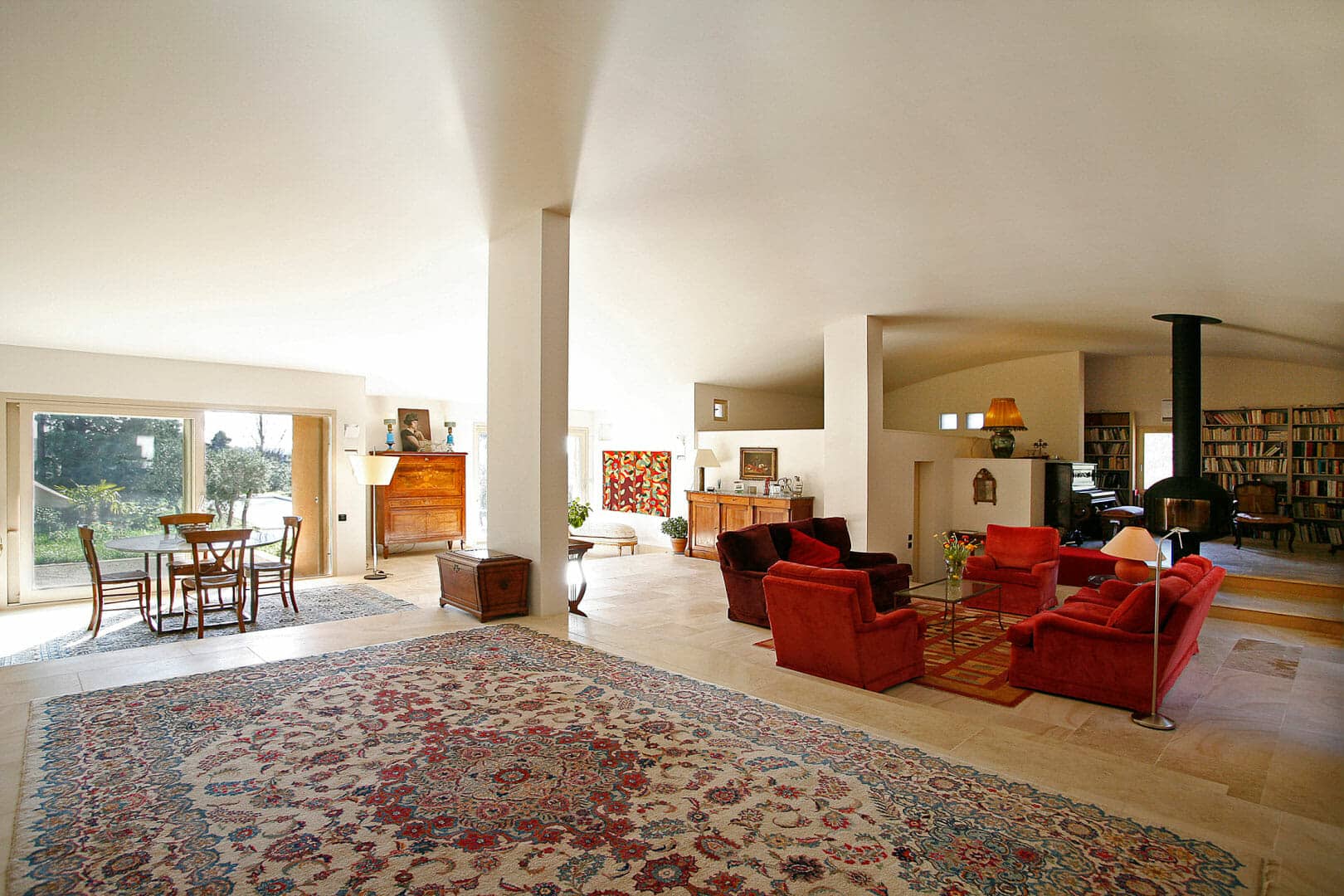 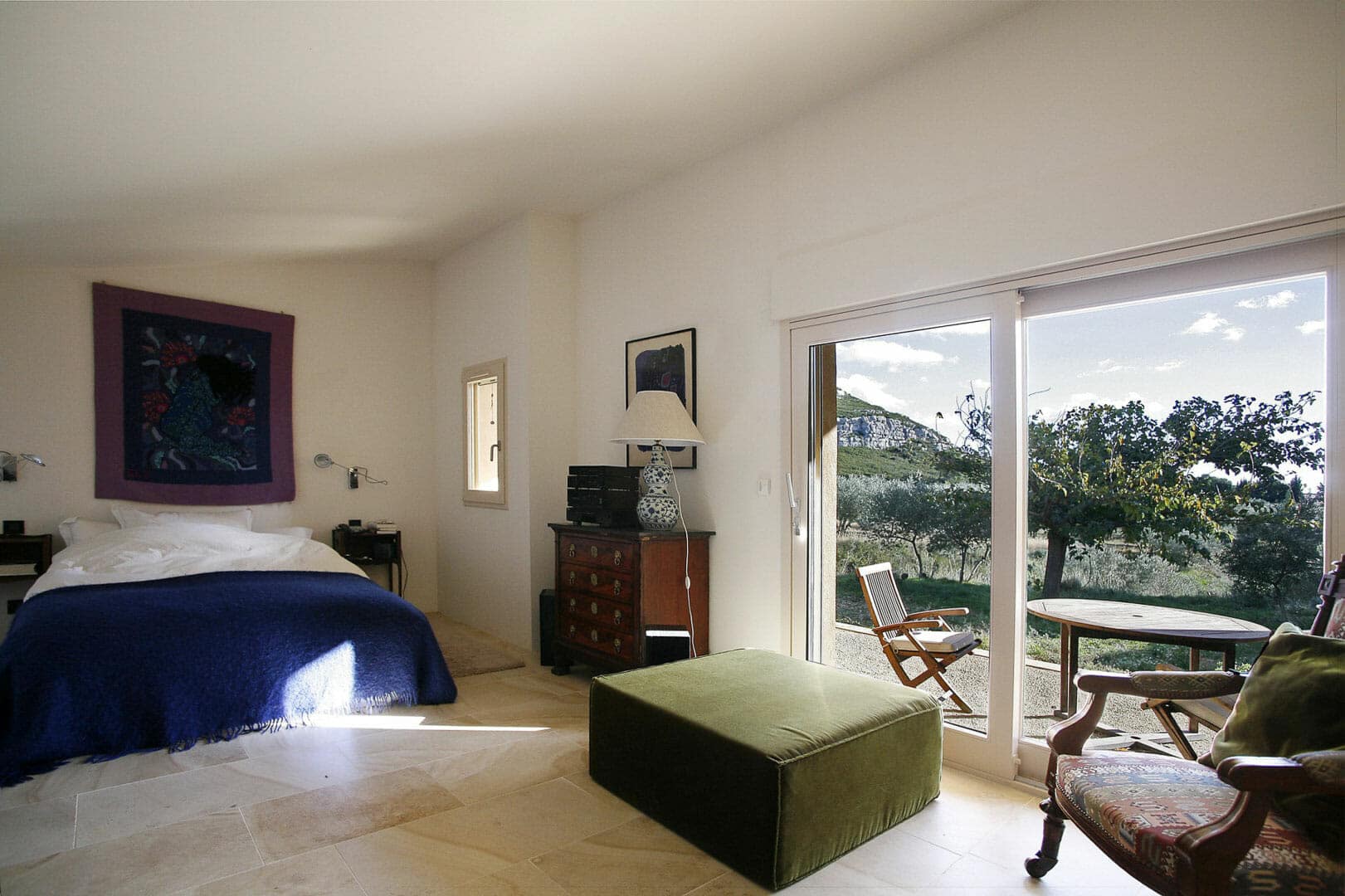 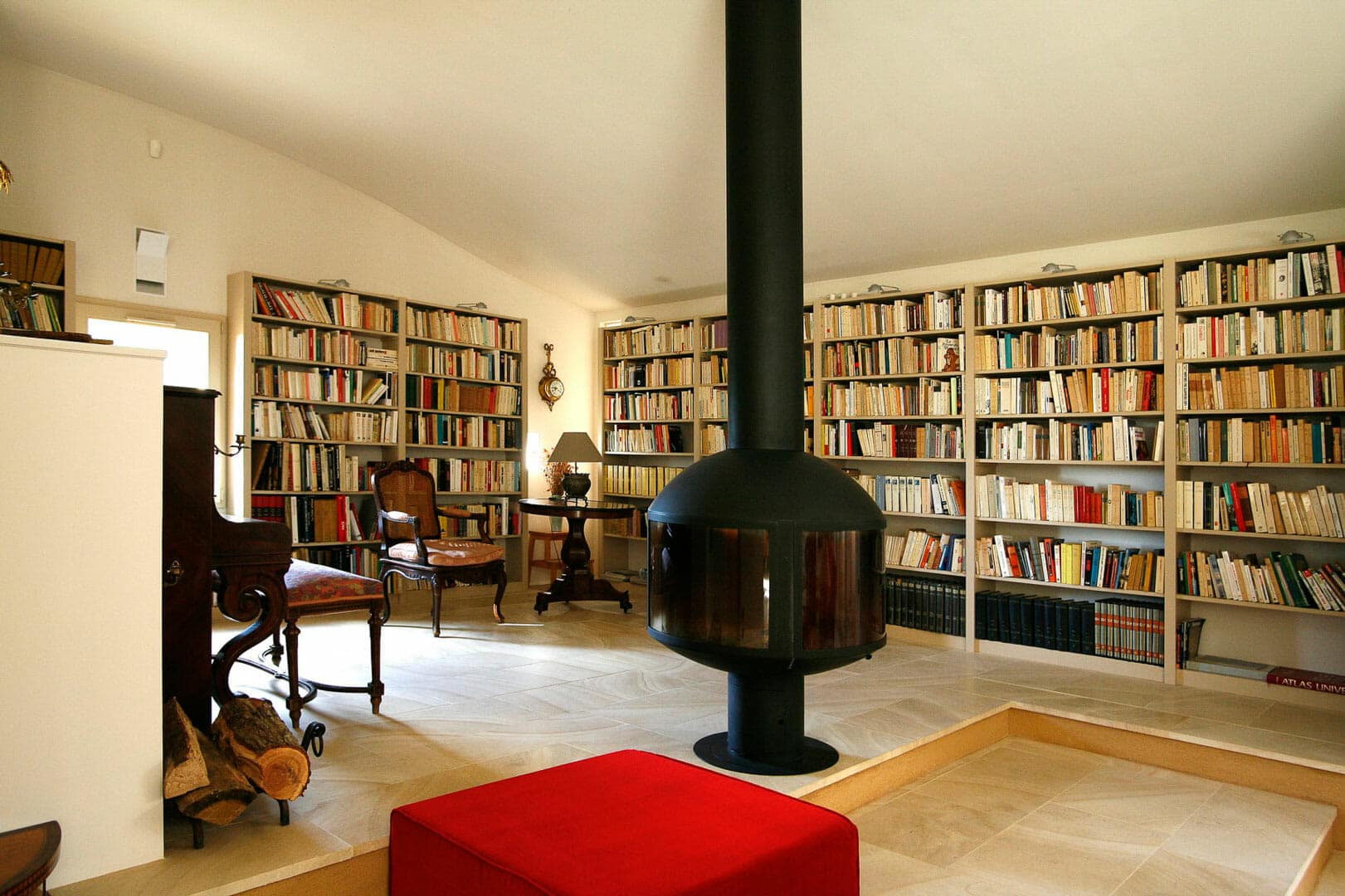 This beautiful curvy villa with swimming pool was built in 1977 and arranged from 1991 to 2008, after a project drawn in 1968 by architect André Bruyère. It is located in an olive grove at the foot of the Alpilles mountains, at 15 minutes by car from Saint-R_my-de-Provence, 30 minutes from Arles, 35 minutes from the Avignon railway station and 45 minutes from Marseille airport. The villa extends over a surface of 440 m². The main volumes shelters a vast entry hall, a spectacular 200 m² living room with a 5 m height under ceiling, a large kitchen and a bedroom. It is framed by three independent flats. The house also has a double garage as well as a 250 mì cellar. It stands in the middle of a 11 372 m² tree-filled garden, and enjoys a gorgeous view on the Alpilles mountains. The concrete veil of the 980 m² roof extends and forms a protection above the patio. This swaying vault, true signature of André Bruyère, was realized without any form-work using a method specifically created for this house. Smaller openings were preferred to larger picture windows in order to frame the spectacular landscape and prevent it from invading the living spaces. The opacity of the solid walls protects the inhabitants from the summer heat and preserved it during the winter. The roof is pierced with zenith opening, which provide light and coolness. A dream realization, built by a major figure of post-war architectural creation.