John Lautner (16 July 1911 – 24 October 1994) was an American architect. Following an apprenticeship in the mid-1930s with the Taliesin Fellowship led by Frank Lloyd Wright, Lautner opened his own practice in 1938, where he worked for the remainder of his career. Lautner practiced primarily in California, and the majority of his works were residential. Lautner is perhaps best remembered for his contribution to the development of the Googie style, as well as for several Atomic Age houses he designed in the late 1950s and early 1960s, which include the Leonard Malin House, Paul Sheats House, and Russ Garcia House.  – Wikipedia

In the 1950s, Lautner’s office was housed in his converted garage behind the grand old two-story California bungalow where he then lived in Hollywood. Drafting tables were ’sheets of plywood on saw horses’ and ‘fluorescent lights hung on chains from the unfinished ceiling.There was no glass in the opening that had held the large doors,’ ‘the walls were unfinished,’ and ‘the floor was sometimes unswept’. Lautner ‘customarily dressed in jacket and tie for the day, in and out of the office’. Many of his assistants then had come out of Wright’s apprenticeship program at Taliesin West, including Louis Wiehle, who after working for Wright for a year, began working with Lautner in April 1951 ‘with the understanding that pay would be of uncertain amount and irregular in coming’. For all, though, there was a ‘heady feeling of being part of good architecture, exciting architecture, architecture that was in the forefront of its time yet was going to live on because of its integrity, quality, originality, and suitability.’ It was through Wiehle that Lautner, then 42, met, a 24-year old Swiss architect, Guy Zebert, in 1953.

Zebert, Lautner and their wives became friends.The Zeberts moved into the Lautner house, and while Zebert worked during the day with Welton Beckett (the architect of the Capitol Records Building, 1956), he began helping Lautner in the evenings and weekends, assisting on projects like the Bergren reconstruction, the Beachwood Market, the Harpel House, as well as experimental construction projects – such as pivoting concrete walls – around Lautner’s own house and garden. In April 1956, when Silvertop became a project, Lautner engaged Zebert full time. 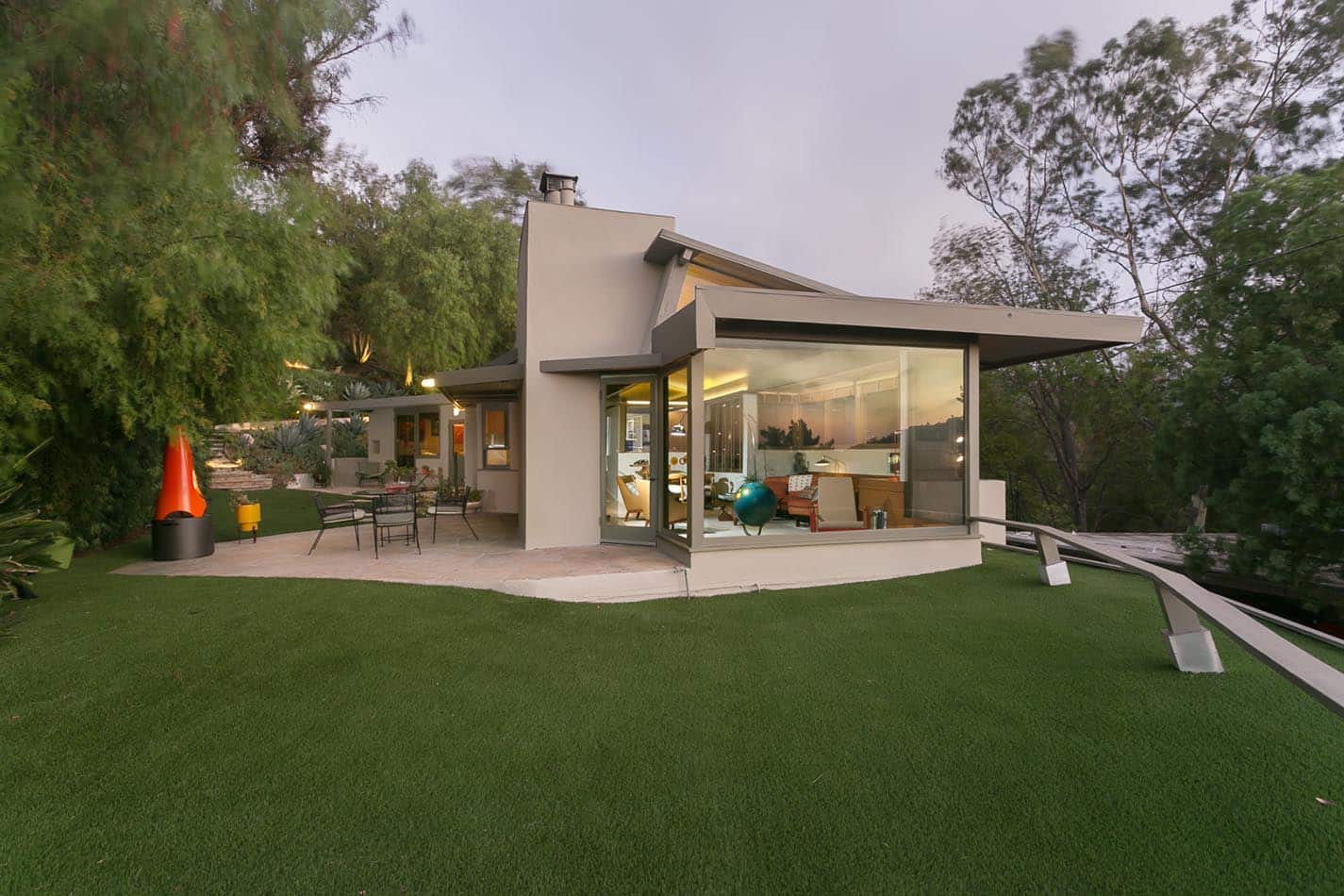 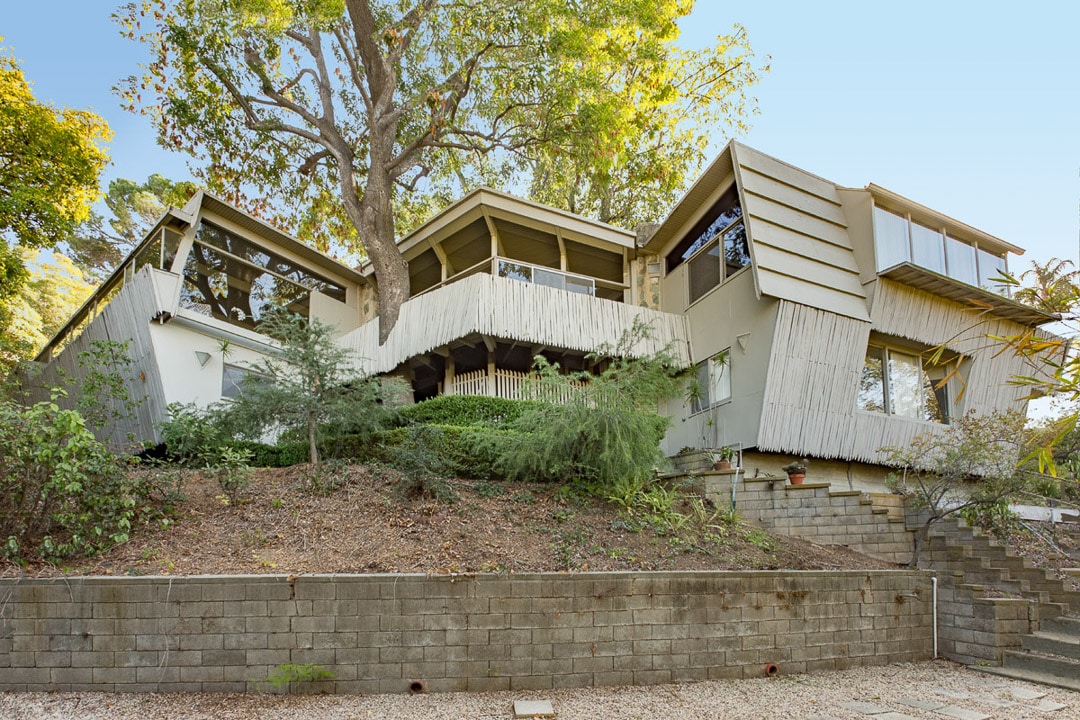 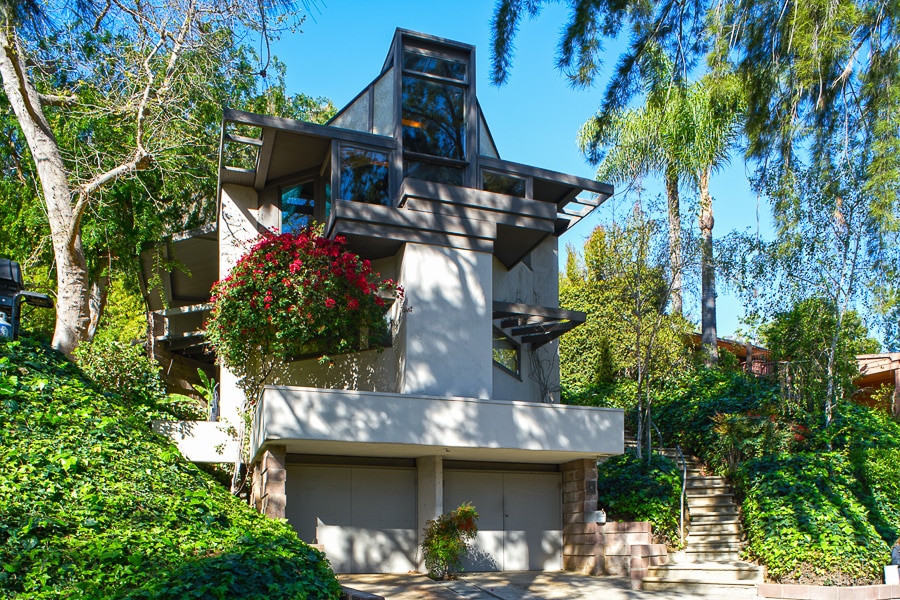 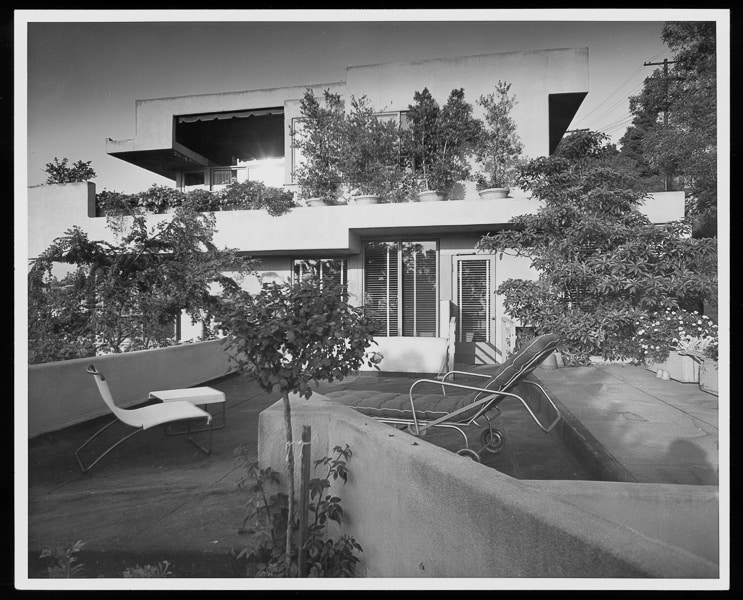 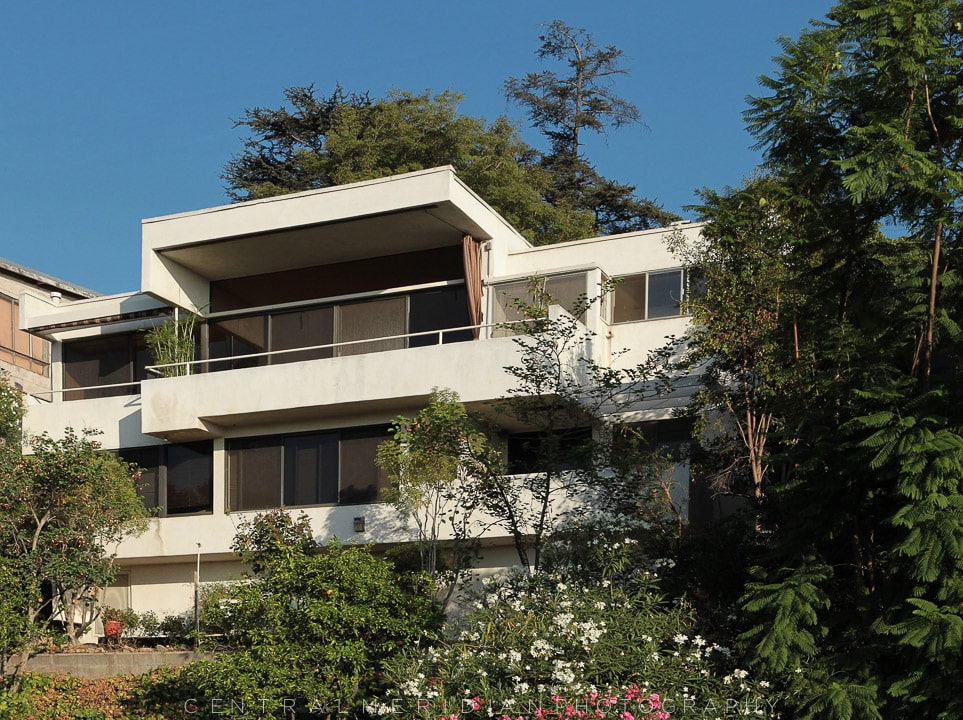 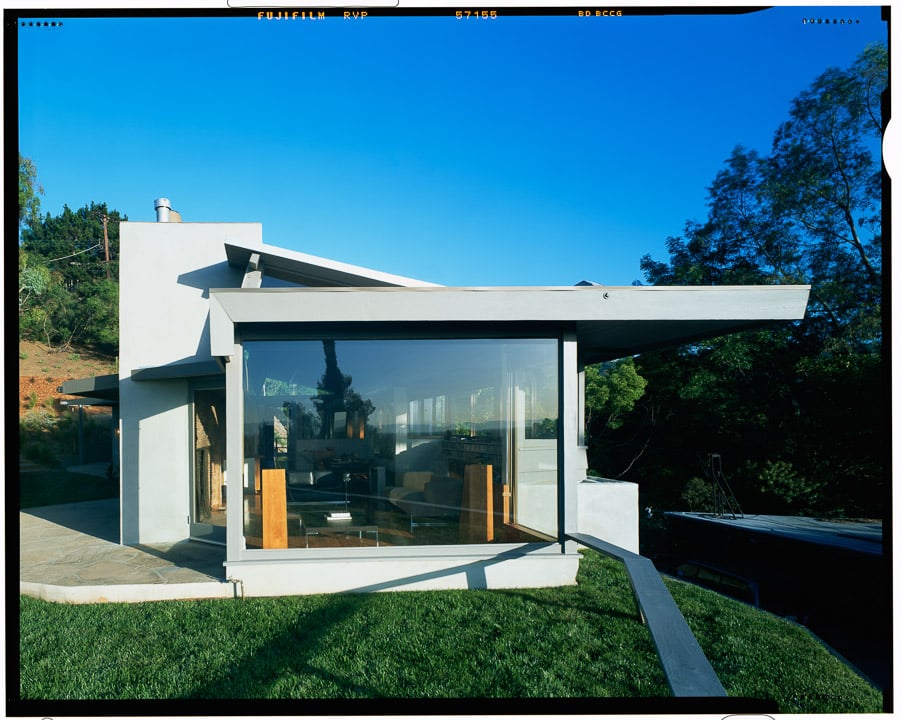 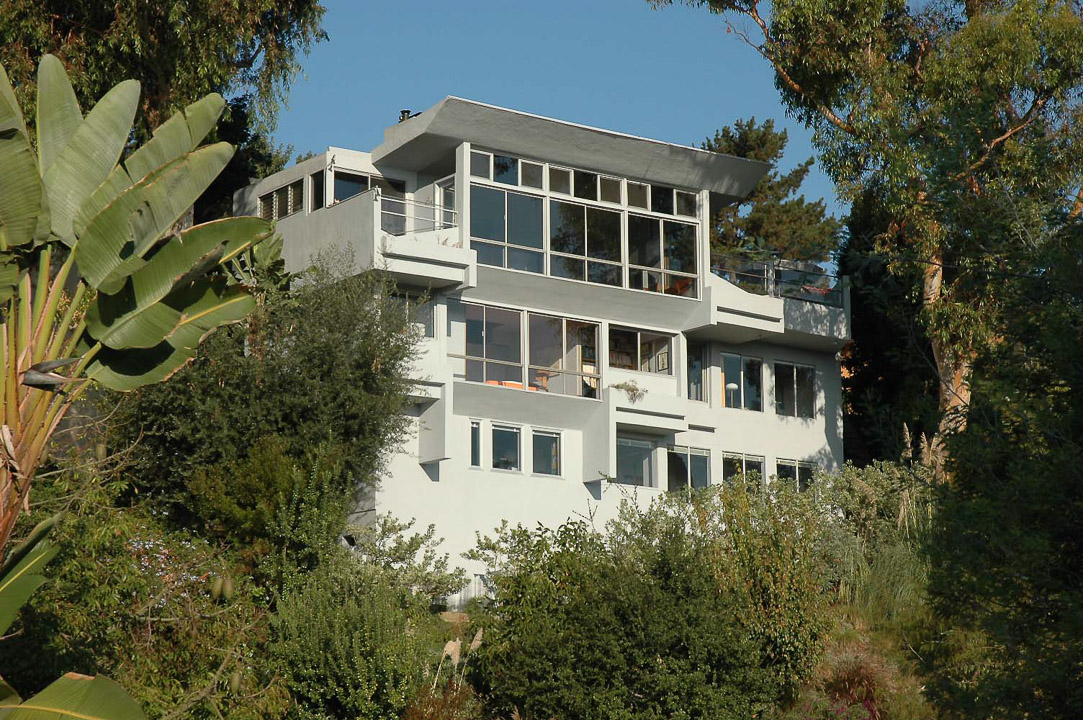 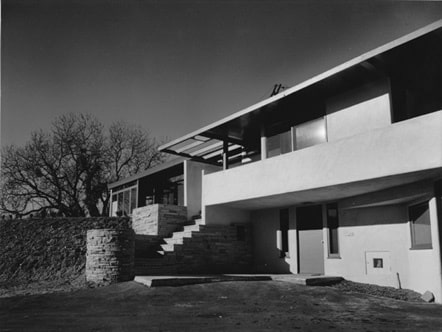 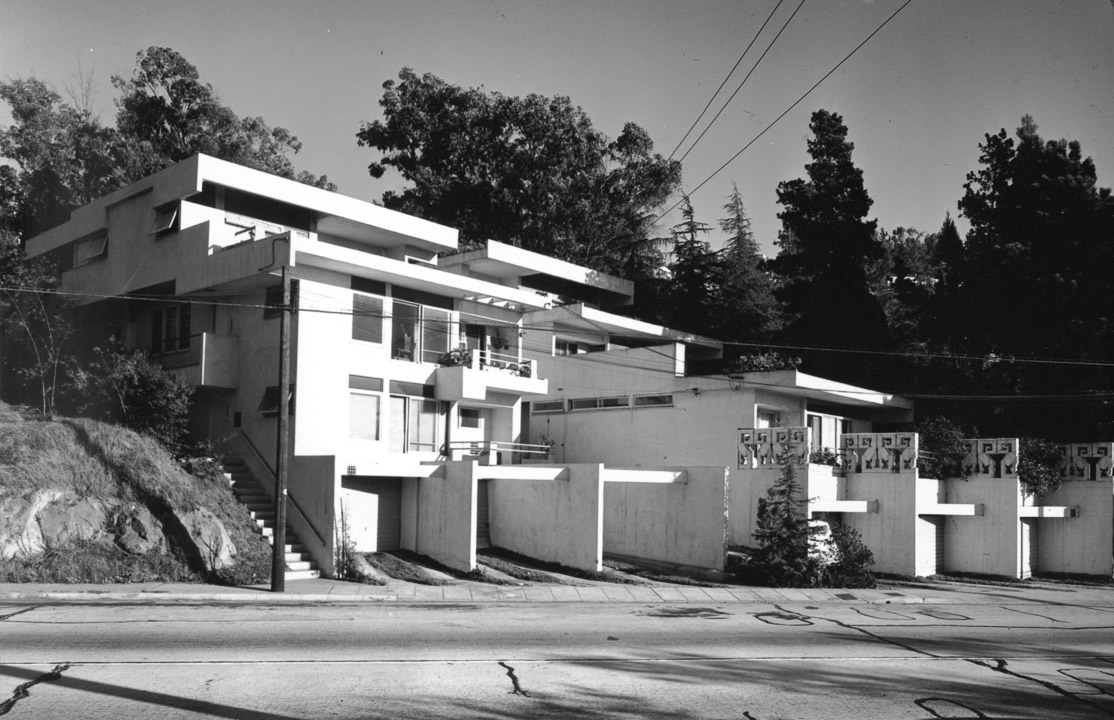