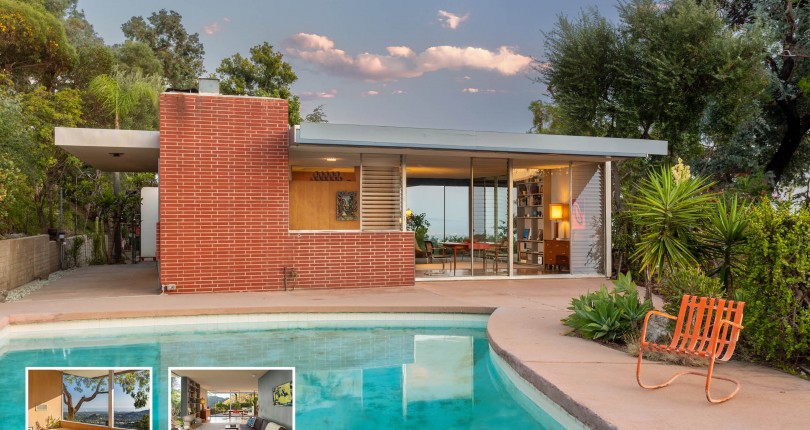 Richard Neutra for sale – By Warren J Dow | Publisher, South Bay Digs Digs is gearing up for their annual Architect | Design | Build special edition of DIGS, which publishes in December to close out the year, and this midcentury modern that just hit the market for $3M caught their eye. It’s located […] 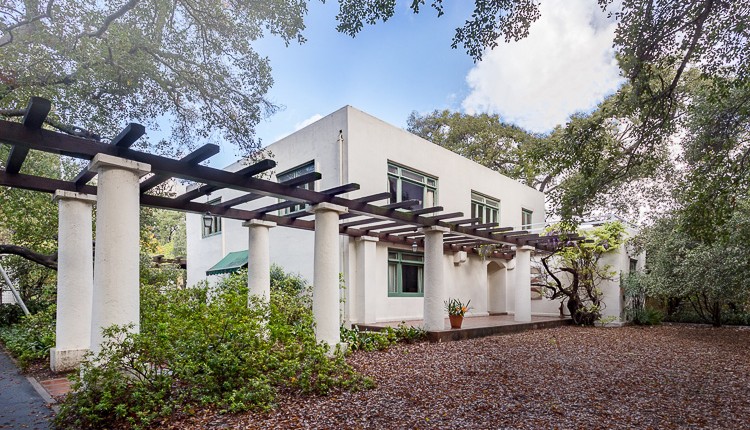 A Simple Plan   The Miltimore House in South Pasadena is classic Irving Gill — basic in design, grand in thought. No wonder it is on the National Register of Historic Places. Written by Jocelyn Gibbs Photography by Marvin Rand and Cameron Carothers Architectural historian Esther McCoy once called Irving John Gill one of America’s […] 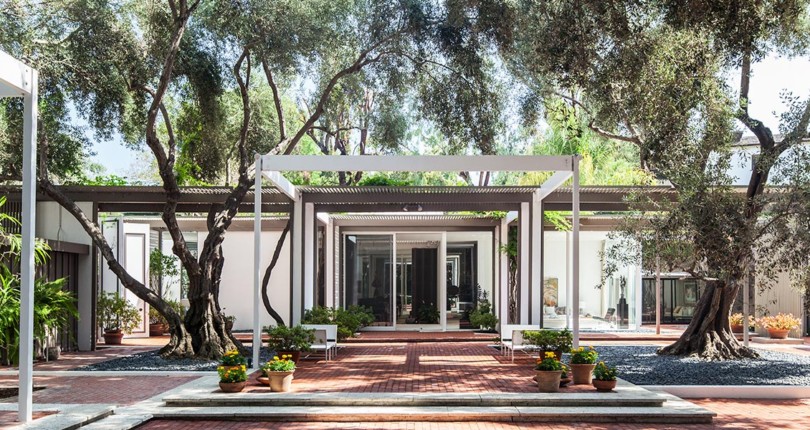 Editor’s Note: A Room with a View by Crosby Doe As summer approaches, and this latest issue of ArchitectureforSale, Quarterly is about to go to press, I find myself ensconced at New York’s Palace Hotel en route to France with Docomomo to study the work of Le Corbusier. My room has a view, or should […]

The California Hacienda Cliff May’s childhood spent on an early Golden State ranch developed his gift for building classic Spanish-style houses throughout Los Angeles and San Diego. by Jocelyn Gibbs Cliff May’s prolific career as a designer and builder of modern California ranch houses and haciendas began in San Diego in 1931, but his legacy […]

Casa de Pajaros ArchitectureforSale, Quarterly presents an archival interview by a noted novelist with self-educated architect Herman Koller, who built a fantastical Southwest home in Pasadena that remains a marvel. by Kay Haugaard Herman Koller is a slight man who looks at you like an old prospector squinting into the sun. But don’t let his […]

Conceptual Voyagers Michael Rotondi’s collaboration with Clark Stevens and two adventurous clients inspires an iconic constructivist dwelling. by Pierluigi Serraino, AIA Buildings are like cats. Sometimes they can have many lives, although rarely, if  ever, nine as the proverb goes. The Carlson-Reges house in downtown Los Angeles is the story of one of those lives, […]

Hidden in Plain Sight by Alan Hess The names of countless modern architects have faded into the mists of time. Once in a while, however, one of these forgotten architects will reemerge, becoming part of a larger conversation, especially if one of his or her buildings is fortunate enough to have survived and has captured […]

What Makes a House Significant?

architectureforsale, Quarterly – No. 10 What Makes a House Significant? The case for identifying and preserving houses with true architectural merit. by Nicholas Olsberg “Frank Lloyd Wright designed our house,” announce the parents of the teenage characters in the 1959 Sandra Dee film, A Summer Place. After establishing their home’s pedigree, these same parents walk […]

architectureforsale, Quarterly – No. 10 Modernism on the Ranch In conversation with Mark Morrison, architect Phillip Jon Brown recounts the challenges he faced in 1984: designing an elegant and surprising two-story modernist residence on Errol Flynn’s former ranch, a parcel of land as wild as its former owner’s social life. by Mark Morrison In 1984, […]