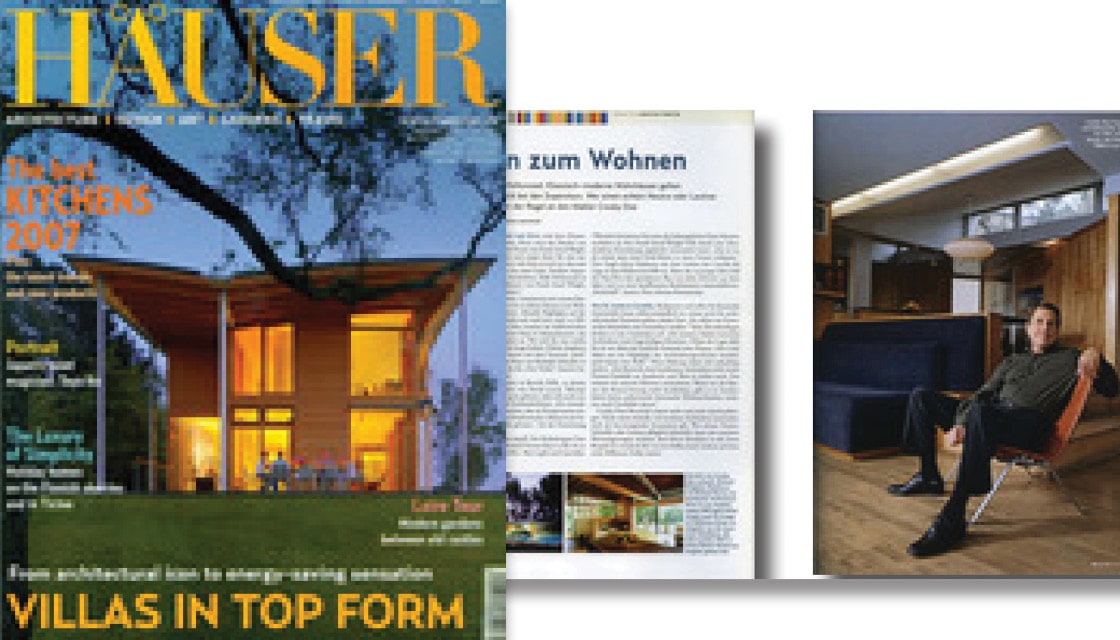 Iconic Homes Clients such as film producer Joel Silver are a firm favourite with realtor Crosby Doe. In 1985, Silver, one of the makers of “Matrix”, purchased the Frank Lloyd Wright-designed Storer House. He then had the property restored at great expense, and generated a great deal of publicity too: “Joel had so many house parties with so many well-known actors that the house became as well known as the people he invited. The modern architecture market has expanded since those days, and half of Hollywood now goes crazy for houses designed by Frank Lloyd Wright, Richard Neutra or John Lautner.”

This presents Crosby Doe a with a fantastic business opportunity. Doe has been dealing in iconic homes for 30 years, and has recently set to work developing the Internet side of the business too. Current highlights on www.architectureforsale.com include a John Lautner villa in California’s Flintridge with a price tag of some USD 2.3 million, and a Marcel Breuer house in Massachussetts anyone interested in these properties shouldn’t hang around. Several properties still appear online, but they already have a “sold” sign  like the Rudolph Schindler house in the Californian hills that was recently acquired by “New Yorker” journalist Susan Orlean.

Doe’s business is based in Beverly Hills, and his clients include Hollywood heavyweights such as David Lynch and Whoopi Goldberg but he considers himself more than just a salesman; he’s a preservationist too. “I try to make my clients aware that they will have to be prepared to compromise if they want to live in an architectural masterpiece. They need to respect the property in terms of both furnishings and the restoration.”

Some of his clients really take on board Doe’s words of caution. Fashion designer Tom Ford, for instance, carried out an exemplary restoration of his Richard Neutra house in Bel Air. But there are those who don’t conform; for instance, Madonna really took the biscuit with her conversion of Castello del Lago in the Hollywood Hills. In the mid-90s, the pop diva had the imposing building, designed by John DeLario in 1926, remodeled with a gaudy chocolate box effect. “Criminal!” was Doe’s angry comment on the matter.

Doe has the following thoughts on modern paintings, sculptures and architectural gems: “They should be treated and marketed like works of art.” He entreats his professional colleagues to rethink their approach: “Most realtors use questionable criteria to assess architecture. Alongside location, one of the most important aspects for them is the condition of a house. They hardly pay any attention to whether it’s a highlight of architectural history.” This mindset really needs to change. “A building designed by a famous architect is every bit as expressive and valuable as a painting by Picasso. We need to drum this into our clients.”

Crosby Doe’s message really seems to be getting through. Not least because modern architecture is now an excellent investment. If you look after your Neutra, Schindler or Lautner, you can expect to reap an enormous return. Joel Silver’s home is the best example: He purchased the house for USD 725,000; today’s it’s worth around USD 6,000,000.