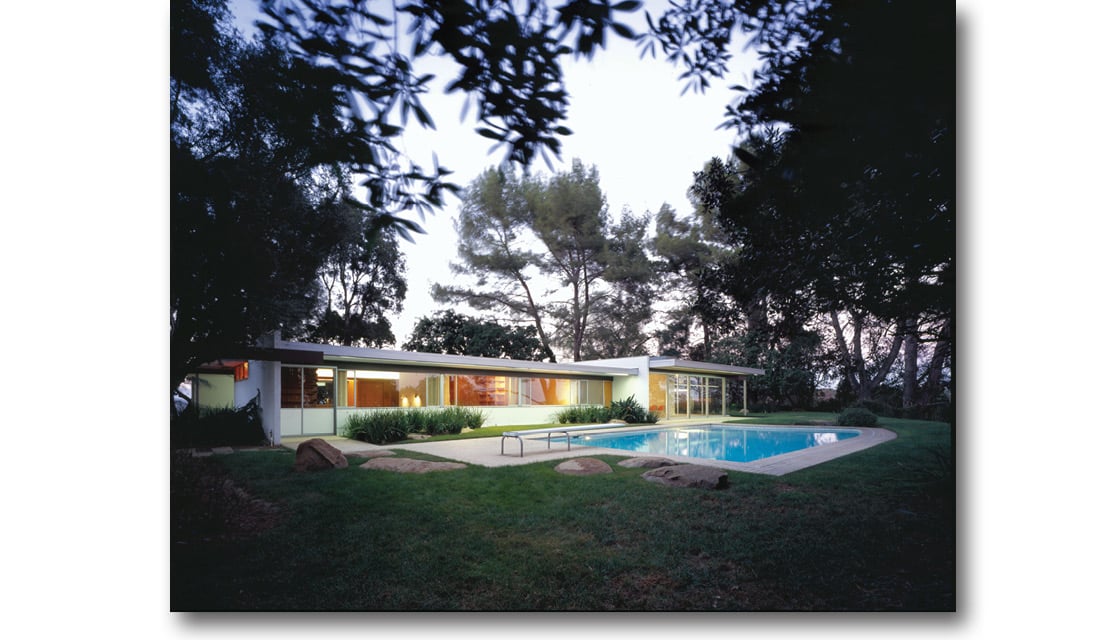 HOME OF THE WEEK An indoor-outdoor Neutra, Windows of Opportunity: This Bel-Air home designed by Richard Neutra uses expanses of seamless glass to blend into the outdoors.By Ruth Ryon, Times Staff Writer

The indoor-outdoor look so popular in Southern California has its roots in such houses as this one in Bel-Air designed by Modernist architect Richard Neutra.

When this house was built in 1959 for Teledyne co-founder Henry Singleton, Neutra was using large expanses of practically seamless glass walls into his designs. The idea was to coexist with nature by blurring the line between the inside and outside. Neutra designed 95 houses in Southern California and many copied his style as well as his use of post-and-beam construction and flat roofs. Neutra died in 1970.

The home, on slightly more than 5 acres, overlooks the Stone Canyon reservoir Preserve and has views of the L.A. skyline, the ocean and the San Gabriel Mountains.

About this house: Singleton died in 1999, and his family put the home on the market for the first time in 2003 at $7 million. The family subsequently donated it to a charitable trust, which is selling the home now.

Asking price: $5.9 million
Size: The home has six bedrooms and four bathrooms plus maid?s quarters with a bathroom in about 4,000 square feet. There is a two-bedroom guesthouse and studio connected to the house by a breezeway.

Features: There are park-like grounds with a pool and off-street parking for 10 cars.
Where: Bel-Air
Listing agent: Crosby Doe of Crosby Doe Associates, Beverly Hills, (310) 275-2222.