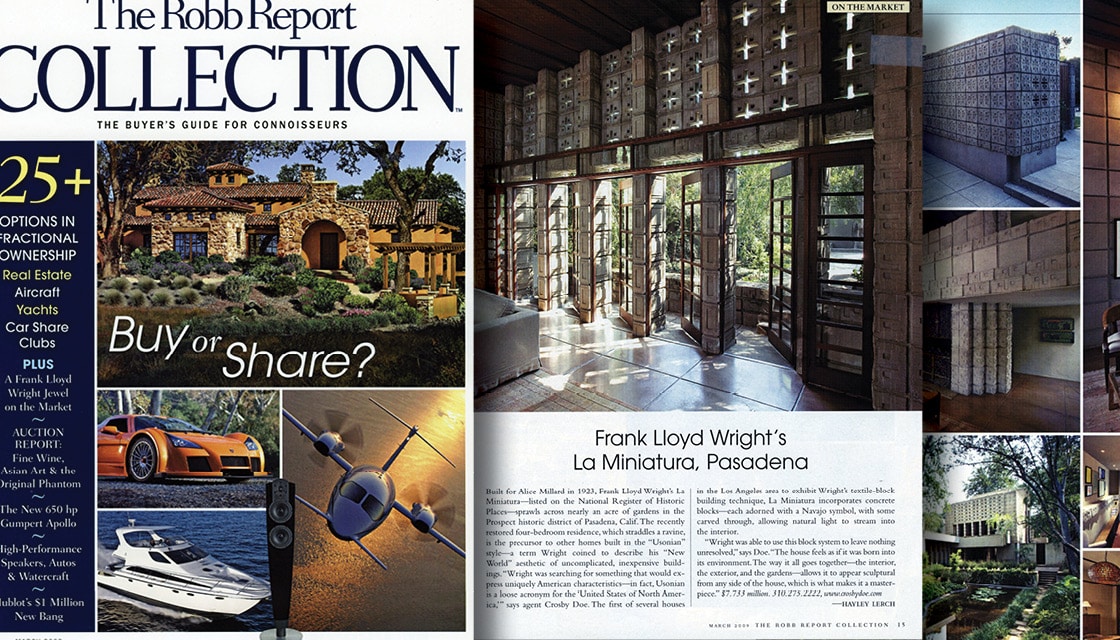 Frank Lloyd Wright’s La Miniatura listed on the National Register of Historic Places sprawls across nearly an acre of gardens in the Prospect historic district of Pasadena, California. The recently restored four-bedroom residence, which straddles a ravine, is the precursor to other homes built in the ‘Usonian’ style a term Wright coined to describe his ‘New World’ aesthetic of uncomplicated, inexpensive buildings. ‘Wright was searching for something that would express uniquely American characteristics, in fact, Usonian is a loose acronym for the ‘United States of North America,’ says agent Crosby Doe. The first of several houses in the Los Angeles area to exhibit Wright’s textile-block building technique, La Miniatura incorporates concrete blocks, each adorned with a Navajo symbol, with some carved through, allowing natural light to stream into the interior. ‘Wright was able to use this block system to leave nothing unresolved,’ says Doe. ‘The house feels as if it was born into its environment. The way it all goes together, the interior, the exterior, and the gardens allows it to appear sculptural from any side of the house, which is what makes it a masterpiece.’

By Peter Haldeman In case you are not among her several thousand followers on social media,...
Continue reading
content copyright architectureforsale.com
+1 310.275.2222