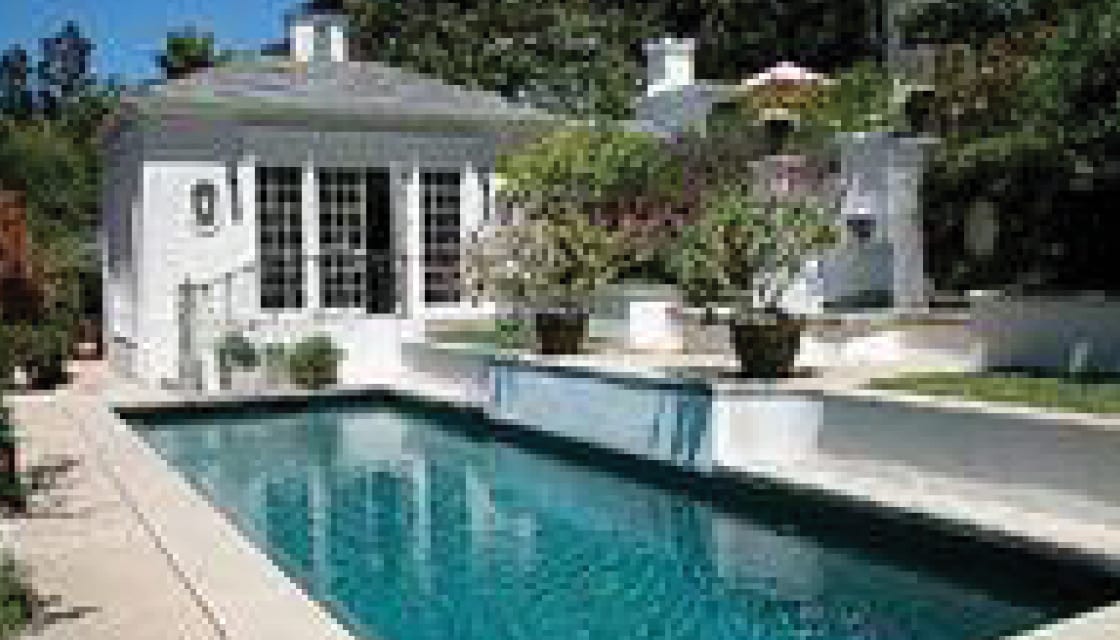 Classics don’t age, and Paul Williams-designed homes – with an easy luxury that surpasses trends and time – remain in demand today, at prices the architect could never have imagined. Last August, the home described above went on the market with an asking price of nearly $14 million.

And there immediately were takers, including the producer of one of the summer’s biggest-grossing, blow-it-all-up action movies, who came by twice the week after the house was listed.

Any visitor to the house can see the appeal. Seven bedrooms, eight-and-a-half bathrooms, a pool, a guesthouse, an expansive front lawn, a back yard overlooking Mandeville Canyon – it all appears much as it did, with some careful improvements, when Paul Williams designed it in 1936. Touring the house, Crosby Doe, a realtor and founder of Crosby Doe Associates, a firm that specializes in architectural real estate, could only find one fault: the recently erected fence that surrounds the house. “This house would have been a gift to the street,” he says.

Built in 1936 for the entertainer ZaSu Pitts, the property on Rockingham Avenue is just one of the dozens of homes Williams designed for celebrities. Williams homes continue to be prized by Hollywood elite – including film producer Steve Tisch, television syndication mogul Michael King and actress Cameron Diaz.

Time has not been as kind to other, more famous Williams creations, including the legendary Perino’s restaurant on Wilshire Boulevard, soon to become a luxury apartment complex. The Ambassador Hotel, where Richard Nixon wrote his “Checkers” speech in 1952 and where Bobby Kennedy was assassinated in 1968, is now threatened by the Los Angeles Unified School District, which wants to build a campus on the property. Conservation groups are fighting the effort, however, and have suggested that Williams’ stylish coffee shop could be remodeled as the faculty dining area.

Crosby Doe says there has been a surge of interest over the past decade in Williams homes, which have long been admired by those in the know for their craftsmanship, the quality of the materials, and their delicate interplay of inside and outside – classic Southern California. Discerning homebuyers – or people eager enough to have a name-brand house – are willing to pay as much as 25 percent more than the market price for similarly sized homes just to have an original Paul Williams, Doe says.

Of course, ‘original’ these days is an elastic term, as many Williams houses have been remodeled over the years to fit changing tastes – with varying levels of success at replicating Williams’ style. The Brentwood home sports a new room above the garage, the guest house has been turned into a gym, the basement is now a bar-cum-rec room, and the master bathroom was completely redone.

But the trained eye can pick out the Williams touches. The understated fireplace in a corner. The perfectly square dimension of a room. The gentle curves carved into the ceiling. Even, in the case of this home, a secret room behind a bookshelf that leads to a narrow staircase – just like in the movies.

On entering the house, Doe gazes at the signature curved staircase in the foyer, with its intricate wrought-iron balustrade, and at the clear canyon view on a perfect day.

“You just feel good in this house,” he says.