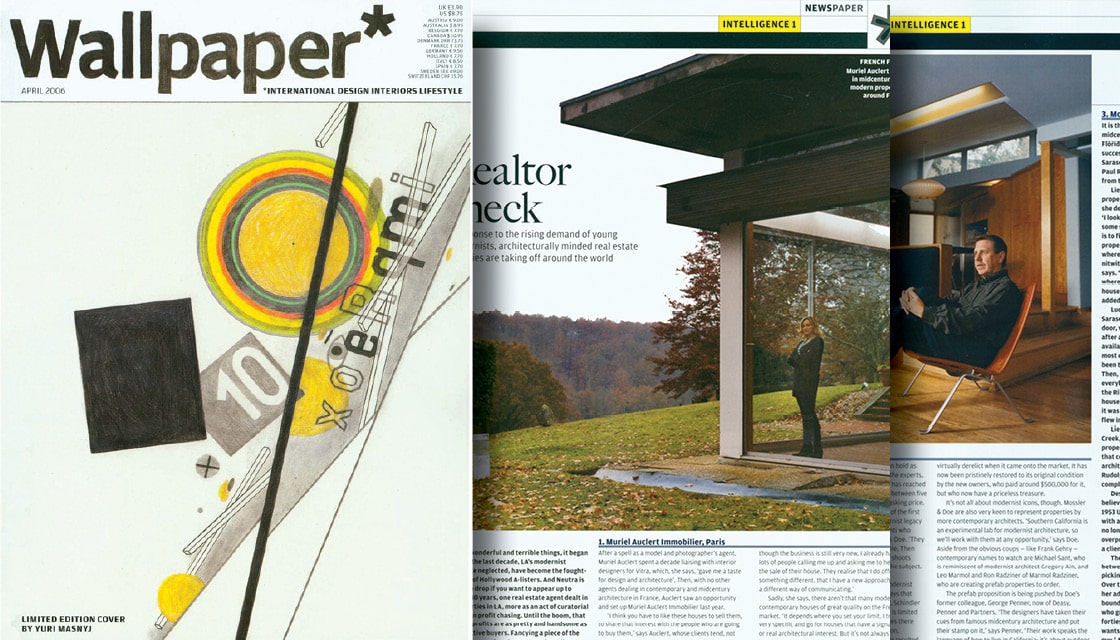 A response to the rising demand of young modernist, architecturally minded real estate agencies are taking off around the world. Nowhere has the cult of mid-century taking hold as strongly as it has in LA and, according to the experts, interest in signature modernist properties has reached intense new heights, with many selling for between 5 and 20 percent in excess of their original asking price.

Crosby Doe is one of the first realtors to sport the potential of LA’s modernist legacy back in 1973. “It was always the cognoscenti who were interested in these properties” says Doe. “They were intellectuals, visually oriented people. Then magazines started using them in fashion shoots and there was an explosion of books on the subject. Now they’ve become a status symbol.”

Doe, who grew up in Pasadena amid modernist building that have “sunk into his bones”, says that although the work of Neutra, Launter, Neff, Schindler & Wright attracts most attention, supply is limited and the demand ever increasing. He believes there are other architects deserving of recognition.

Doe’s proudest sales are those that have resulted in sensitive restoration. One of his favorites is the famous Case Study House # 20 by Buff, Straub and Hensman in Altadena. Neglected for 30 years, it was virtually derelict when it came onto the market. It has now been pristinely restored to its original condition by the new owners, who paid around $500,000 for it. But who now have a priceless treasure.

It’s not all about modernist icons, though. Crosby Doe is also very keen to represent properties by more contemporary architects. “Southern California is an experimental lab for modernist architecture, so we’ll work with them at any opportunity,” says Doe. Aside from the obvious coups – like Frank Gehry – contemporary name to watch are Michael Sant, who is reminiscent of modernist architect Gregory Ain, and Leo Marmol and Ron Radziner of Marmol Radziner, who are creating prefab properties to order.