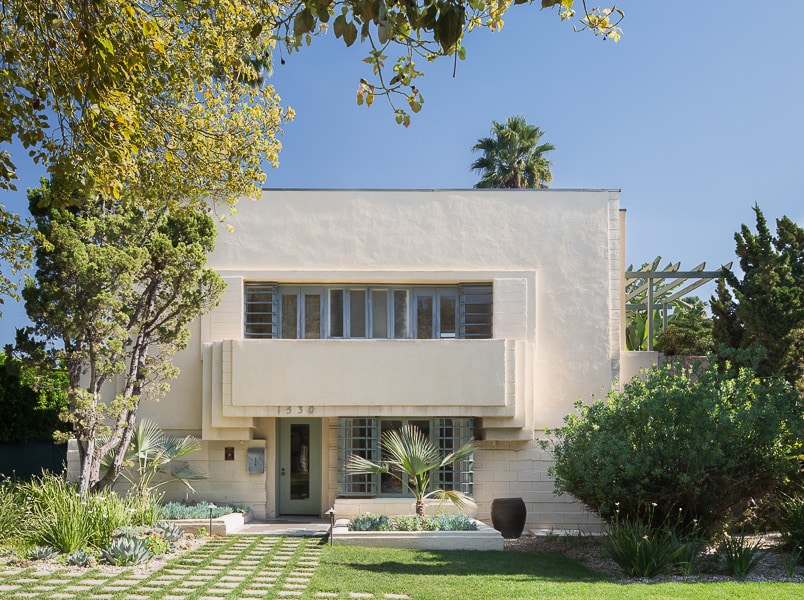 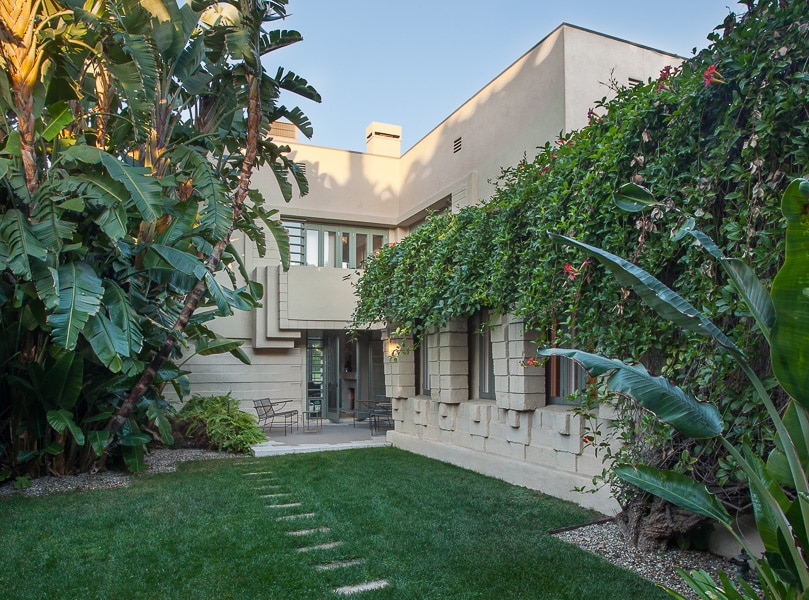 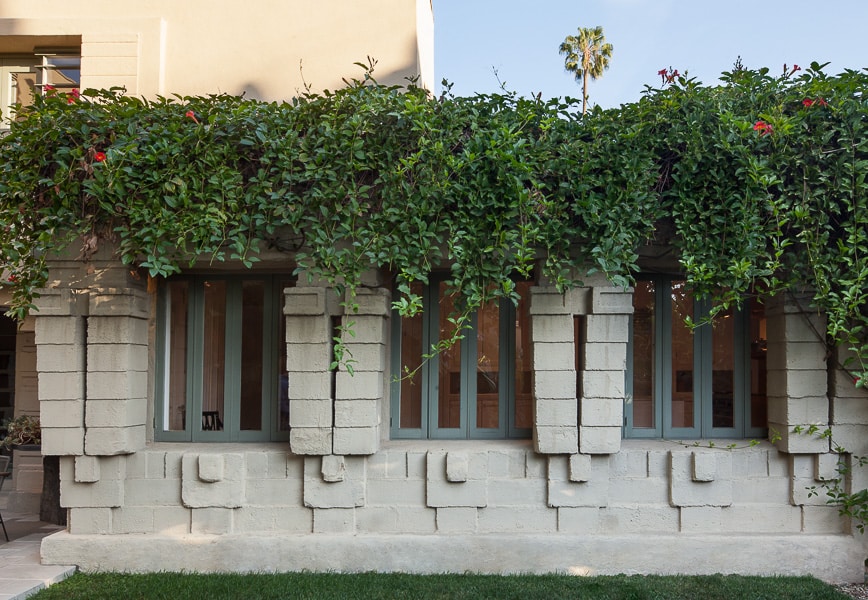 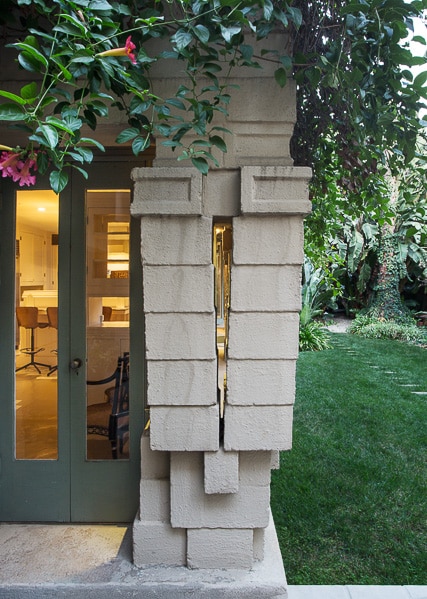 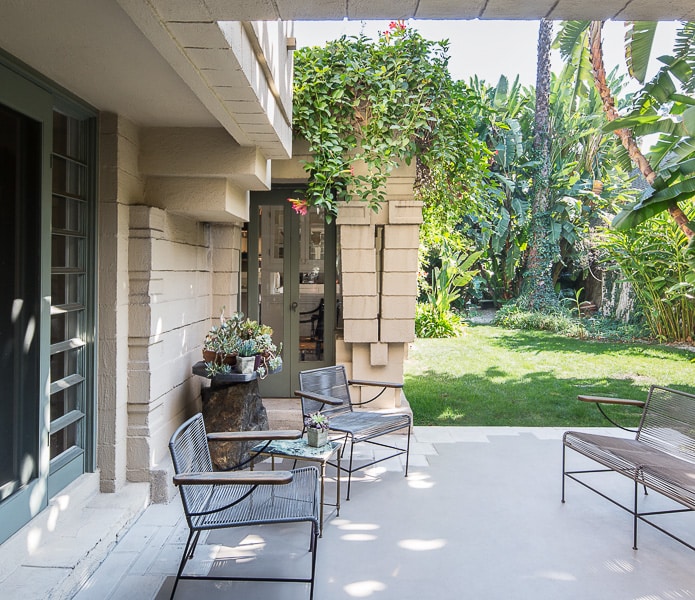 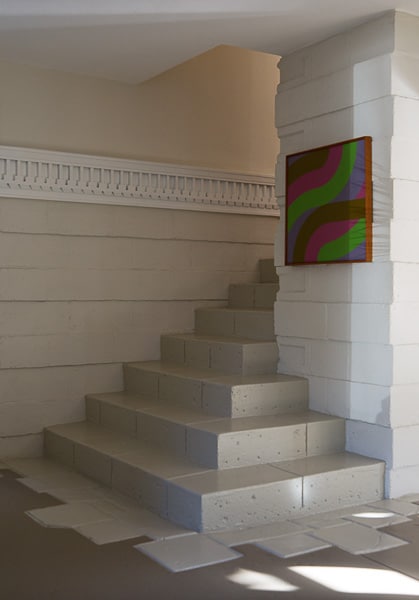 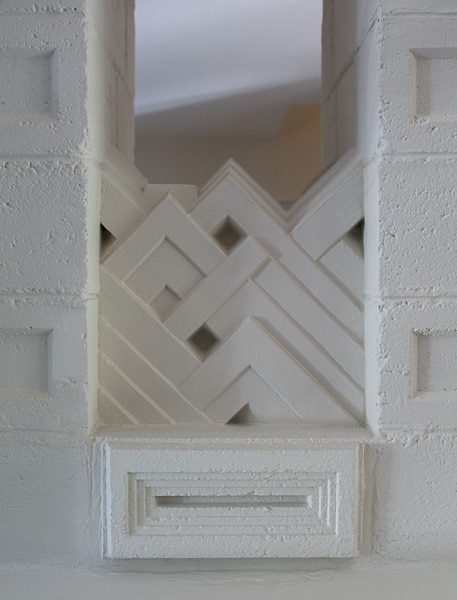 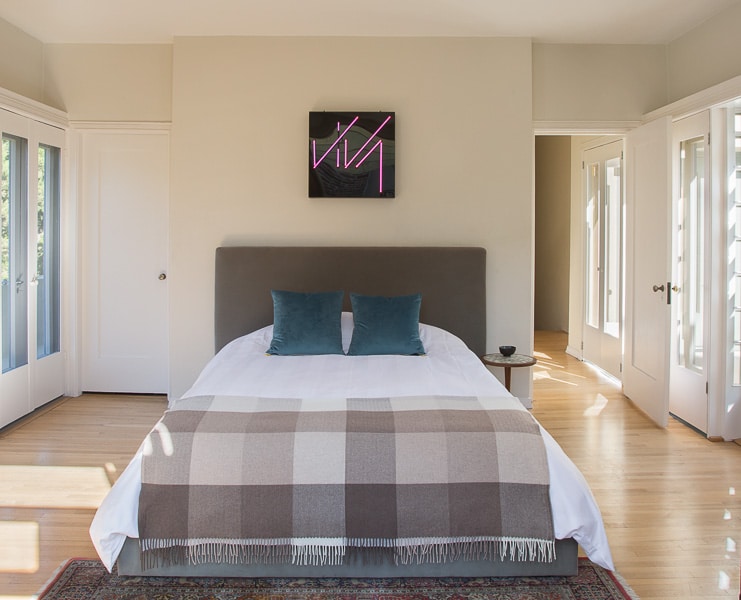 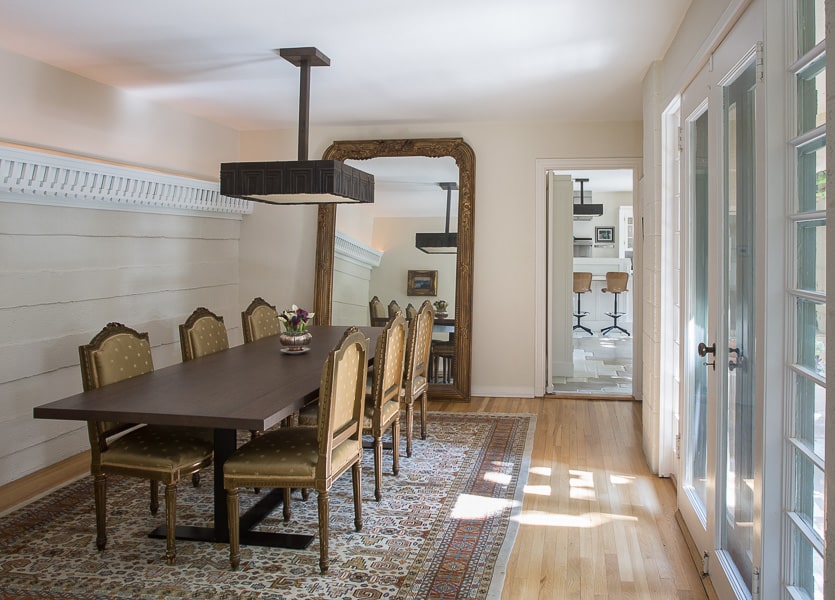 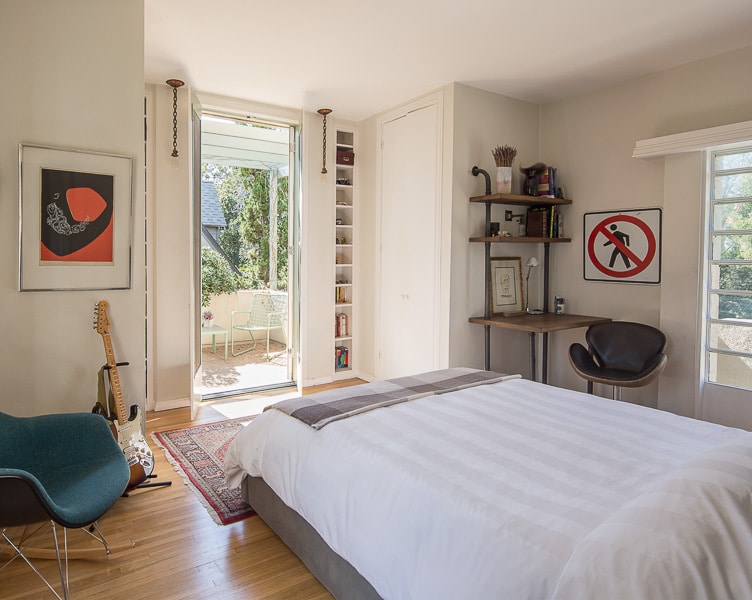 By the early 1920’s Lloyd Wright had accumulated significant experience in theatre, music, landscape, and architectural design. Working associations with his father, Olmsted and Olmsted, Irving Gill, Rudolph Schindler, and Norman Bel Geddes all contributed by this time to his personal vision of a new architecture which would integrate his total experience. In his second commission, designed for builder/developer Henry Bollman, this integrated vision is expressed through an innovative building system utilizing pre-cast concrete blocks to both structurally and decoratively augment standard construction techniques. The massing of the blocks themselves firmly unites ground and structure, as well as imparting an almost temple-like feeling to the facade. Style elements draw from theatrical and Mesoamerican precedents which, when translated into the interiors, impart a sense of drama and intimacy. By the time designer Mimi London came upon the Bollman Residence for sale in December 1983, the property and building had suffered many years of neglect. Walking in, the magic and mystery of the place was still present, but it was like discovering a Mayan ruin. She decided then and there she had to save it. Thus began a process of renovation and interpretation which continues to this day. And with this process the residence has been awarded two covers of Architectural Digest. The evolution has made the residence more functional; better serving modern lifestyles with a new kitchen and baths, and an expansion of living space into what was the attached garage. The living room and formal dining room open out to a private patio surrounded by a tropical landscape with plantings such as Monstera Deliciosa, Trumpet Vine, and Black Bird of Paradise which Wright himself may well have specified. London’s cheery touch lends lightheartedness throughout the residence which incorporates 4 bedrooms and 2 baths.