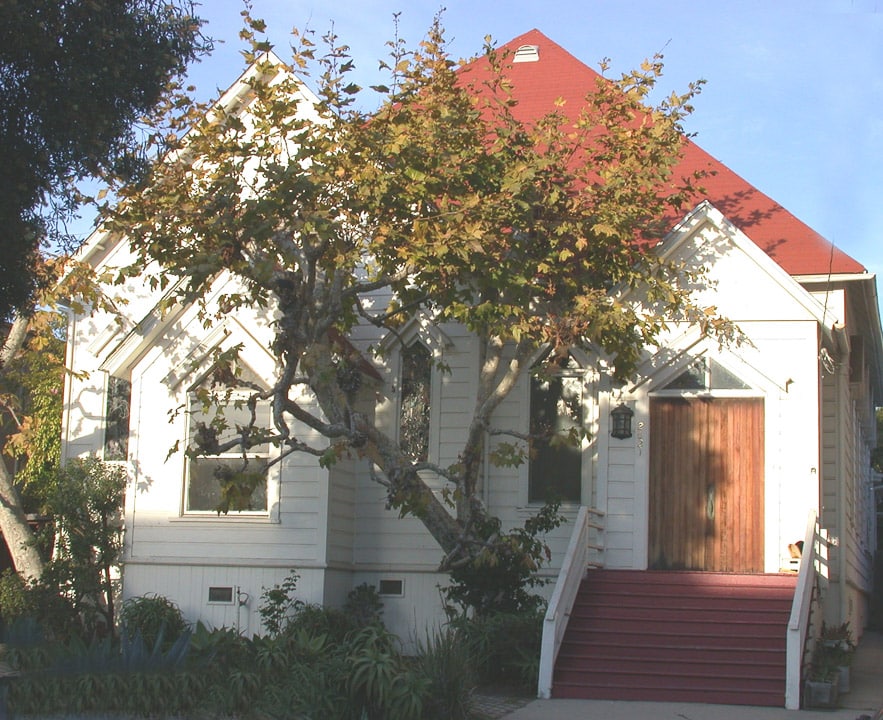 Built in 1875 as the Santa Monica First United Methodist Church, this exceptional example of Carpenter Gothic architecture was moved to its present site on Second Street in 1903. In the 1930’s, ownership passed to the Women’s Relief Corps of the Grand Army of the Republic who called the church ‘Patriotic Hall’ and used it as a meeting place. Threatened with demolition in the early 1970’s, the Hall became the home and studio for the artist & architect Helen Sheats. Board & batten siding, pointed arch and stained-glass windows, porch & steep gables wrap the high-ceilinged single volume of the hall. A later addition provides a kitchen area opening to the rear garden. Proximate to the beach and Main Street restaurants & shopping, the building can be utilized in its current configuration as a loft-like living space or a creative re-adaptation.