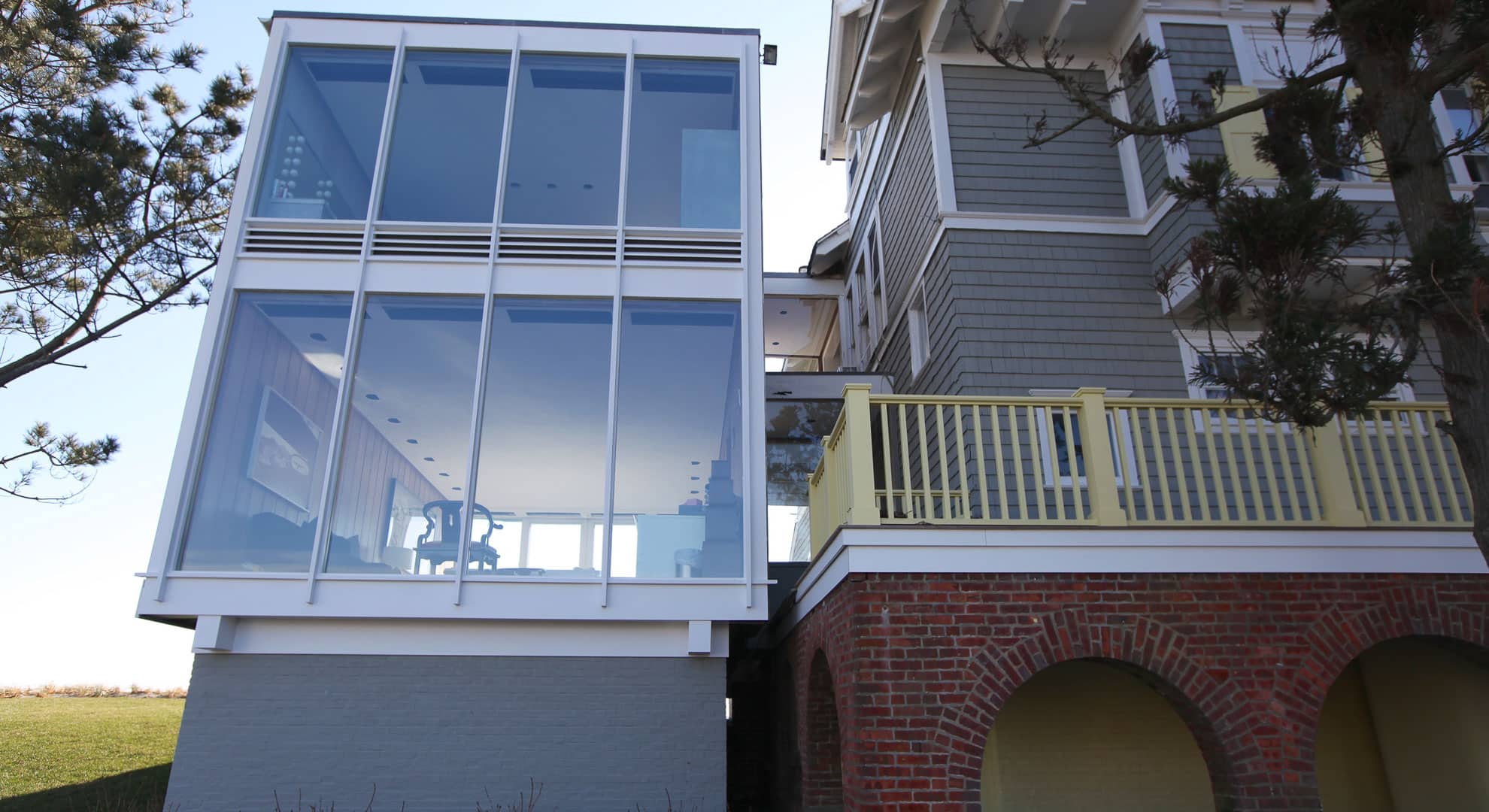 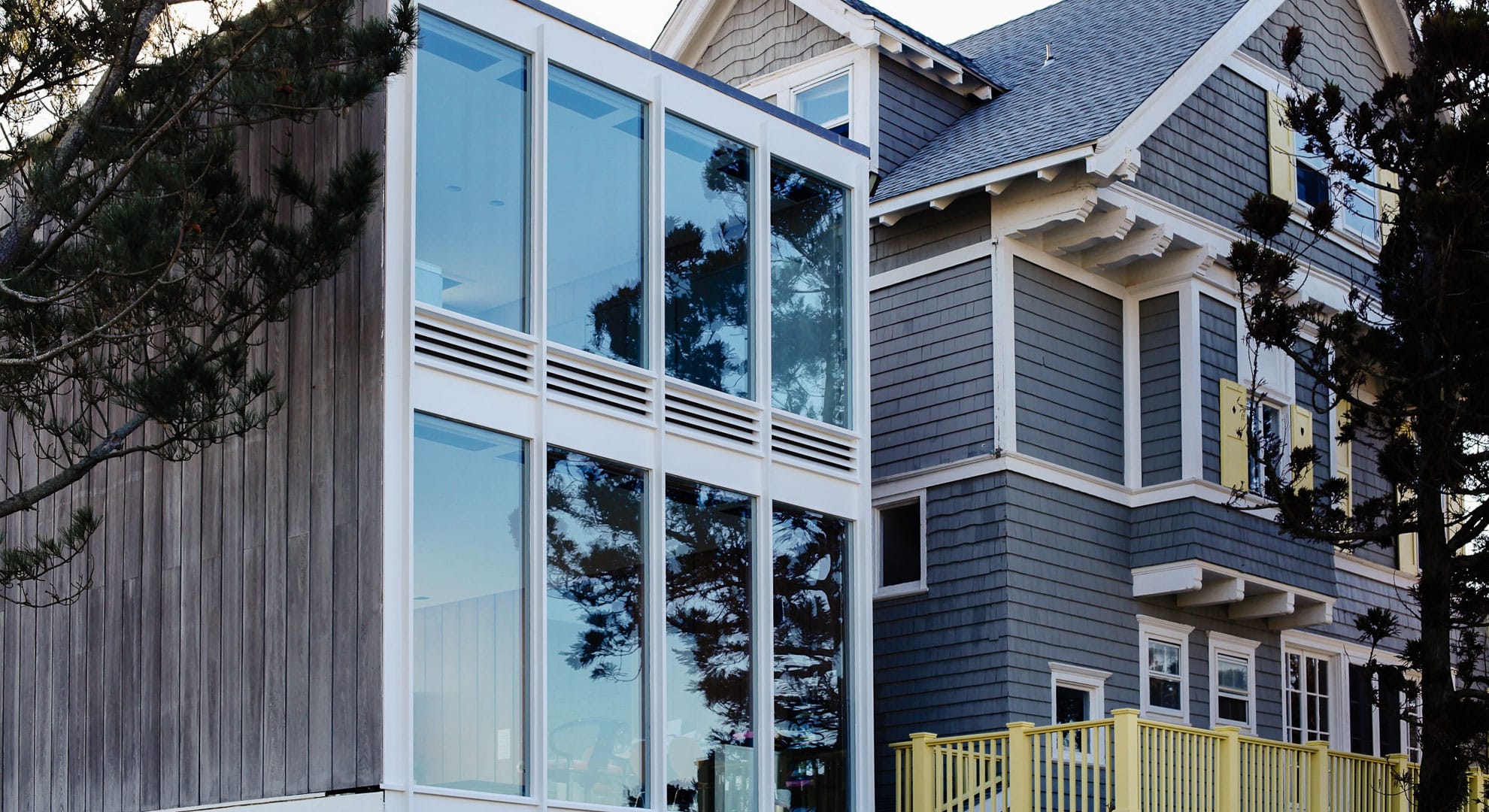 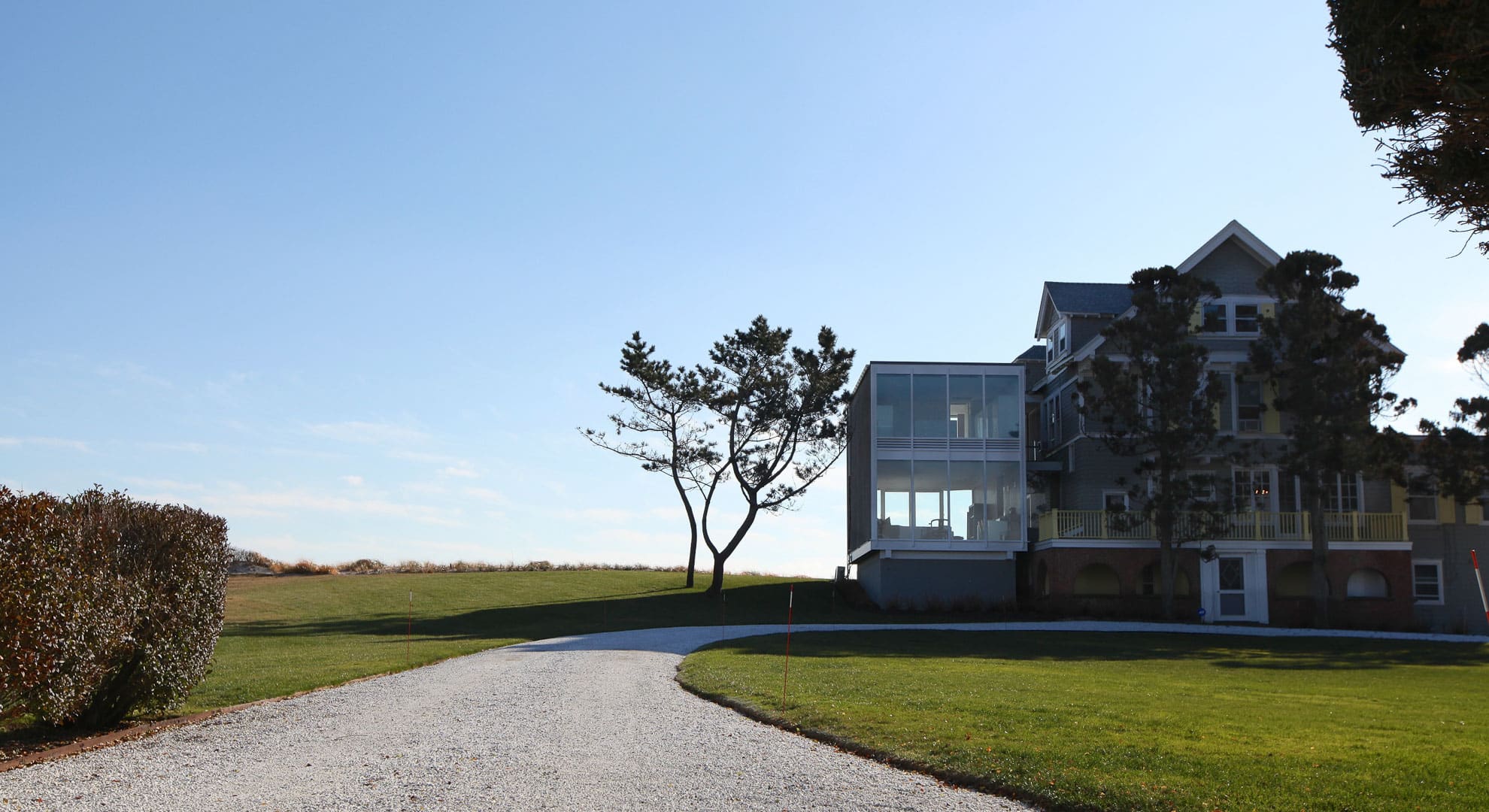 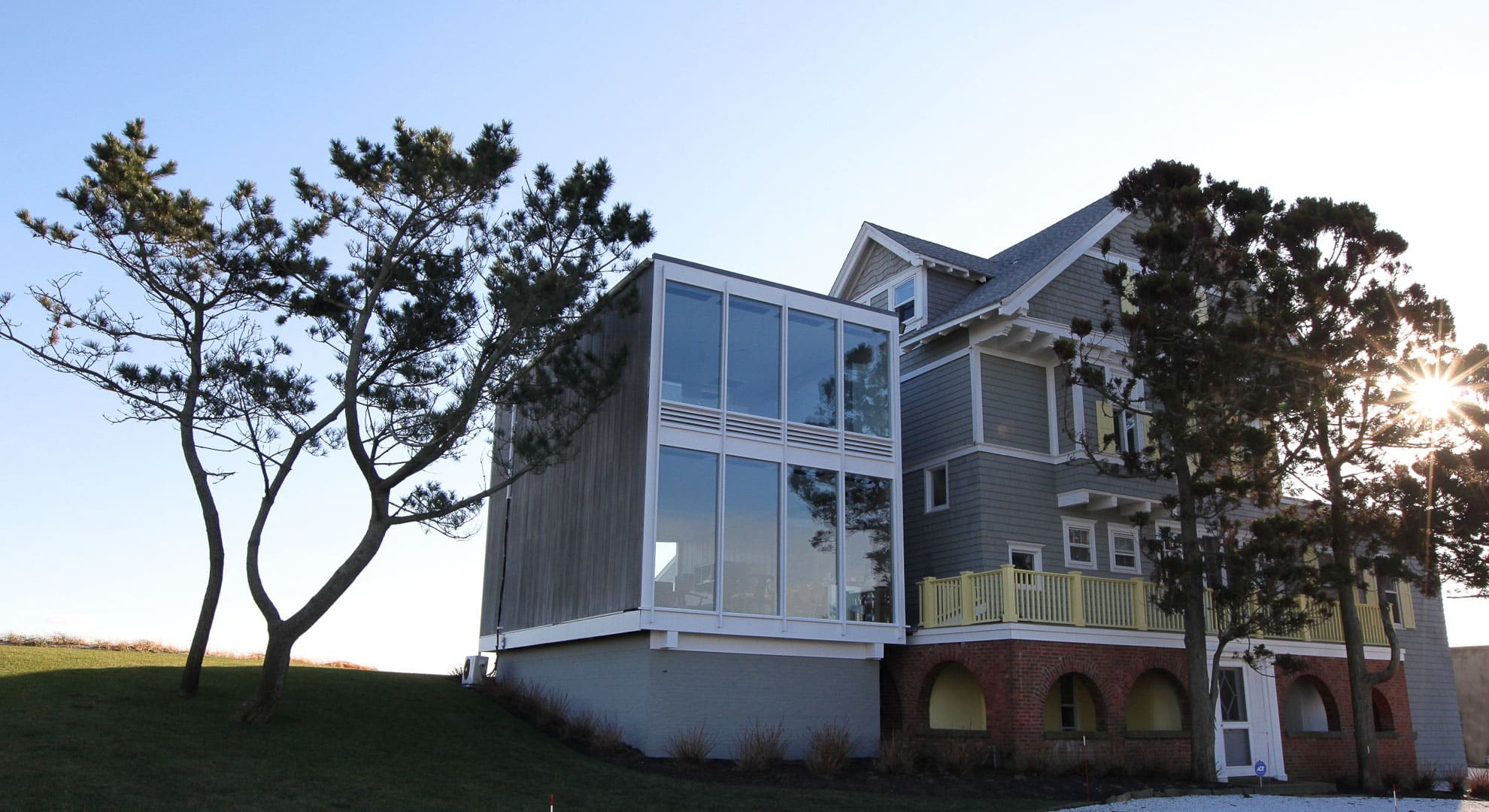 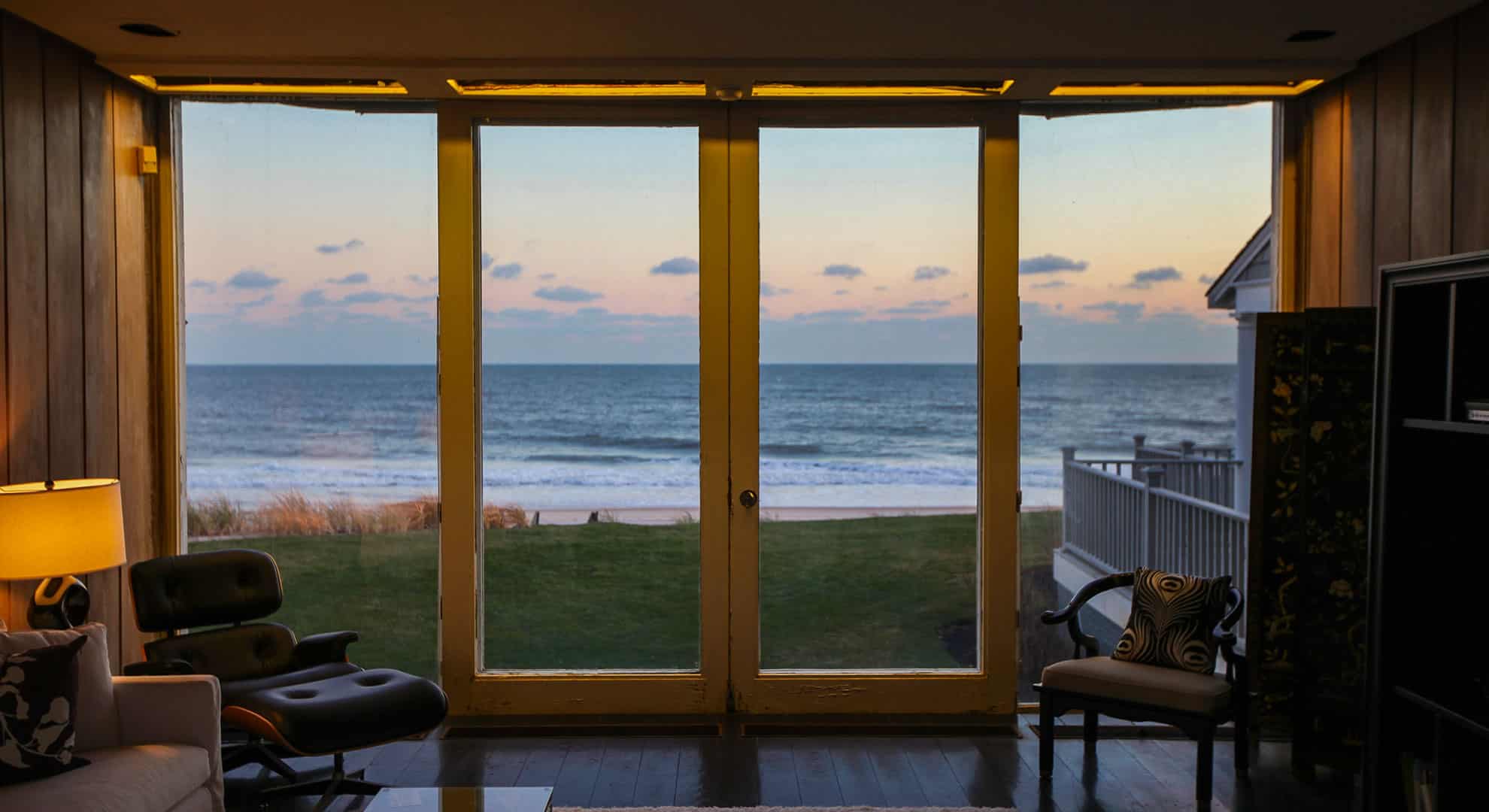 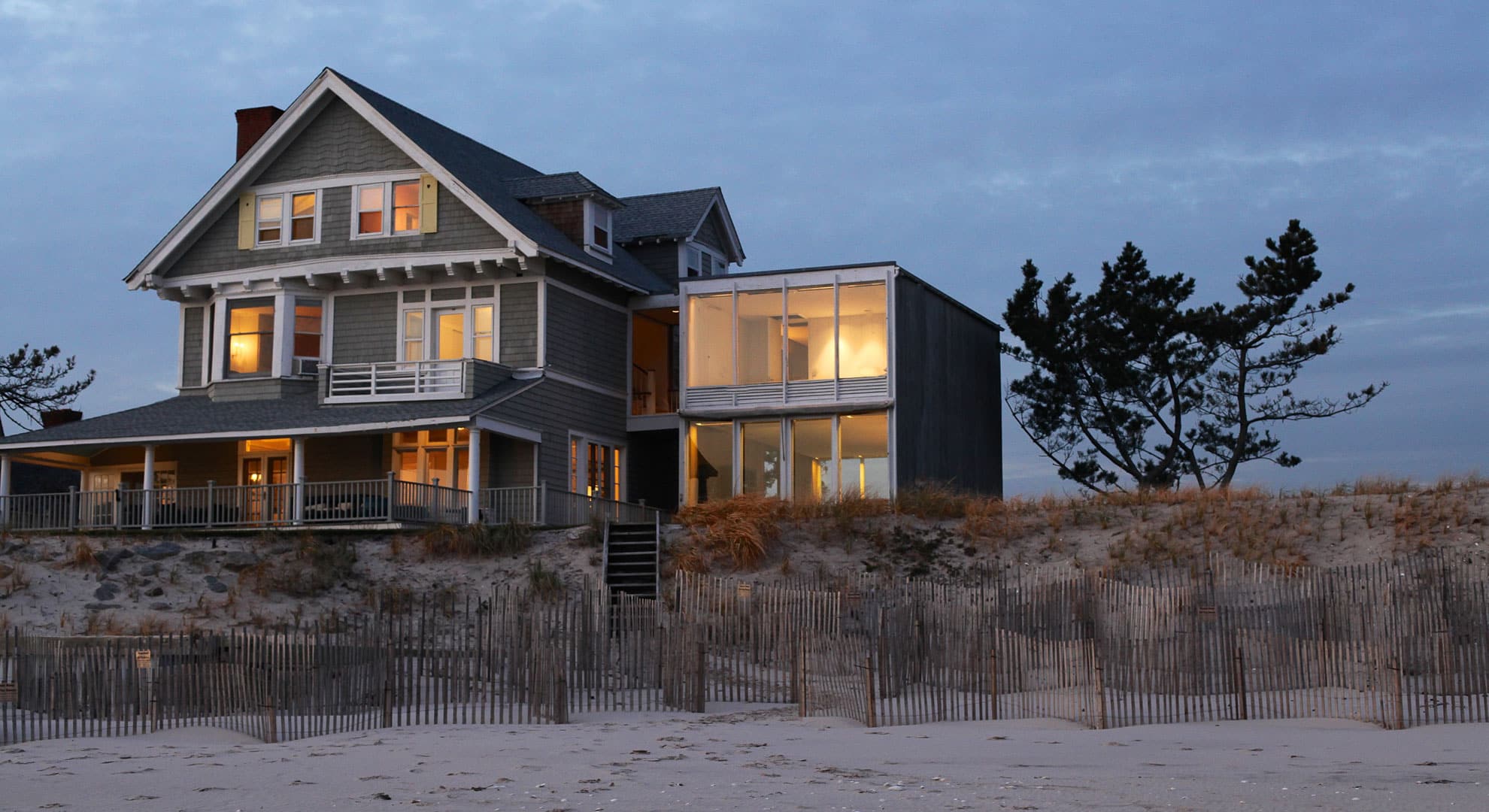 Halcyon Lodge is one of Southampton’s original nineteenth century stick-style Victorian estates and was the longtime Summer estate of auto magnate Henry Ford II. In 1951 Ford and his wife commissioned Modernist architect Phillip Johnson to design a glass pavilion addition to the house. Johnson, one of the most influential figures in American design and architecture was an avid promoter of the International Style and is credited with creating some of its major monuments, including the Seagram Building in Manhattan, and his own famed Glass House in New Canaan, Connecticut. Johnson also designed many landmarks across the nation, including the twin trapezoid-shaped Pennzoil Place in Houston, the 51-story IDS Center in Minneapolis, Manhattan’s AT&T building and the New York State Theater at Lincoln Center. Set on a sweeping lawn between the Atlantic Ocean and Old Town Pond, the original cottage is one of the few homes from the early Summer colony that still survive today, and one of two stick-style homes in the village of Southampton. The 2-story Phillip Johnson glass box addition stands proudly beside the historic cottage and captures spectacular ocean and pond vistas. The Fords so loved the modernist addition that when they sold the house they asked the buyers if they could dismantle the “glass box” and take it with them. Their request to the new owners was met with a resounding “no.” The home and its spectacular setting now offer the opportunity for a new owner to shepherd the home into the next century, creating an up-to-date, museum quality home on the edge of the Atlantic Ocean. The Henry Ford II House/ Halcyon Lodge Victorian Stick Beach House – 1891 Philip Johnson Glass Pavilion – 1951