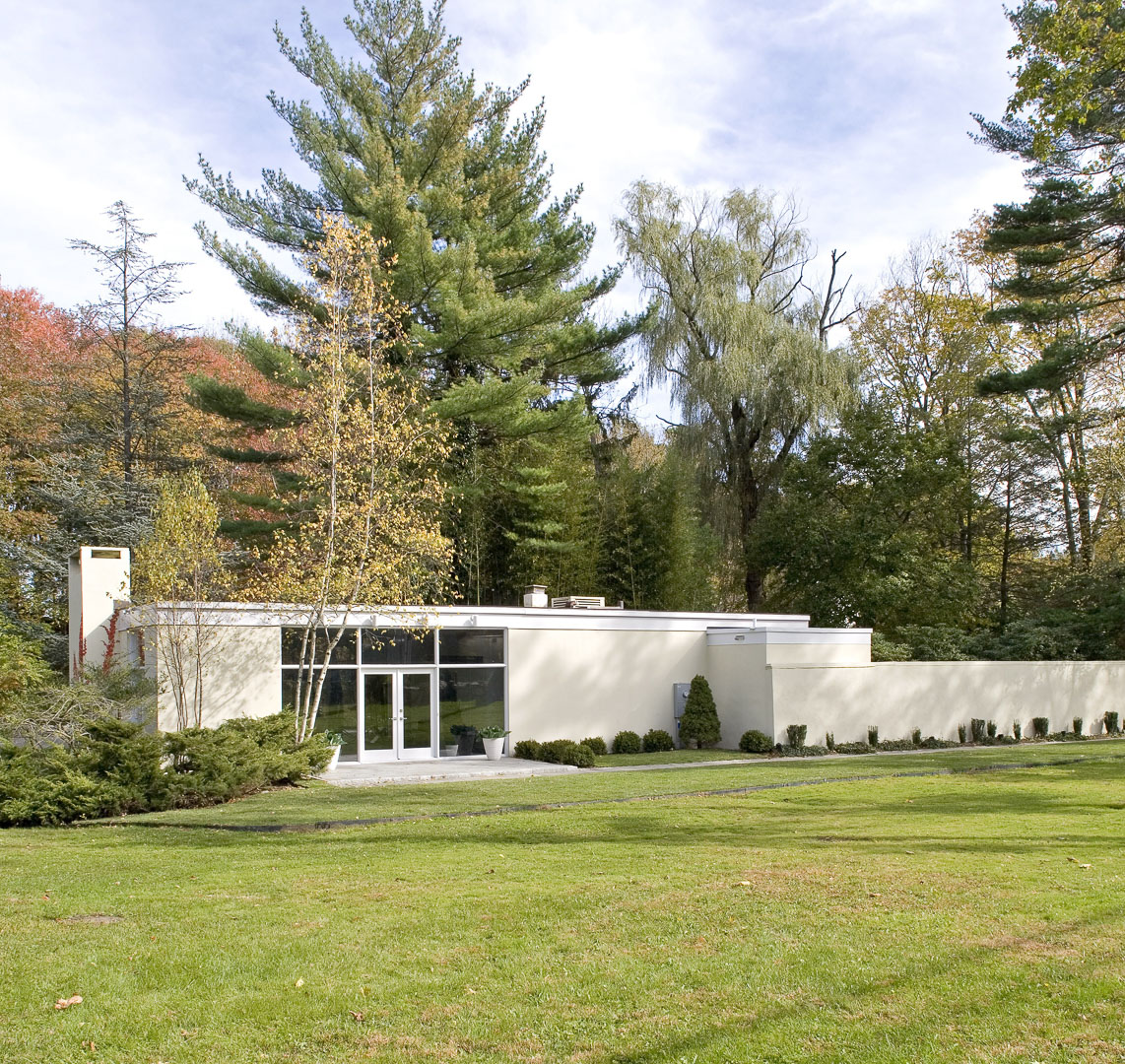 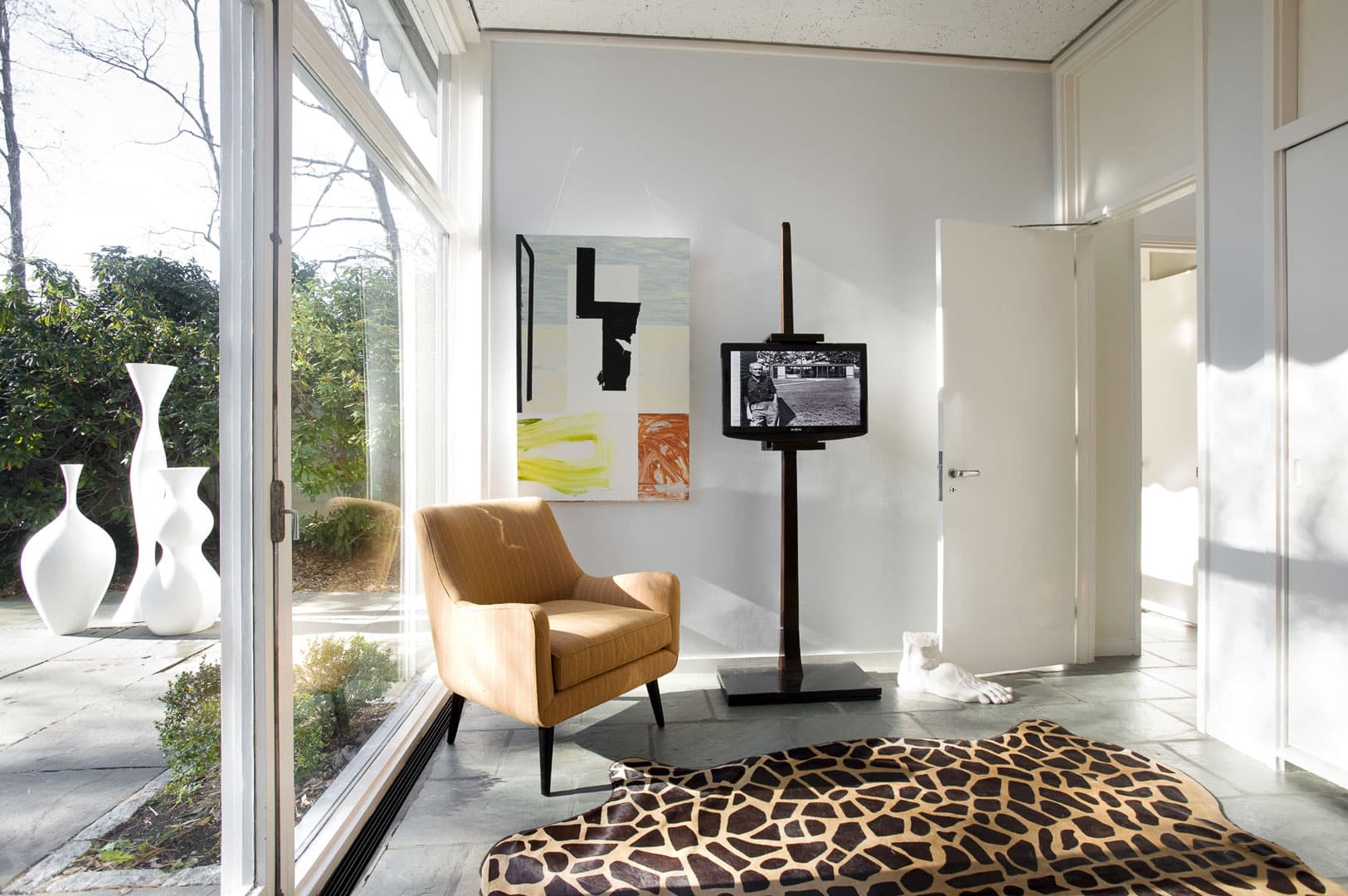 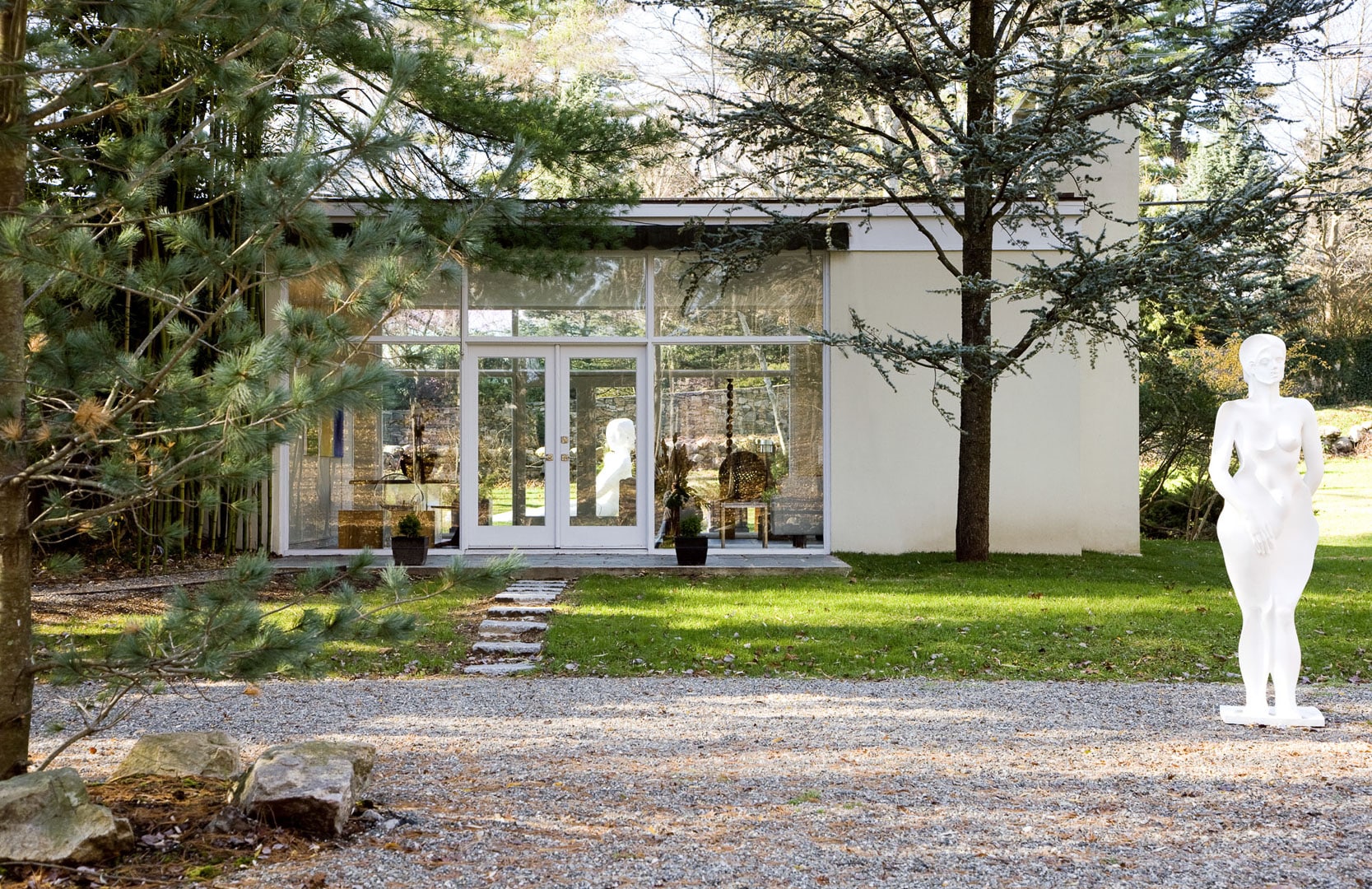 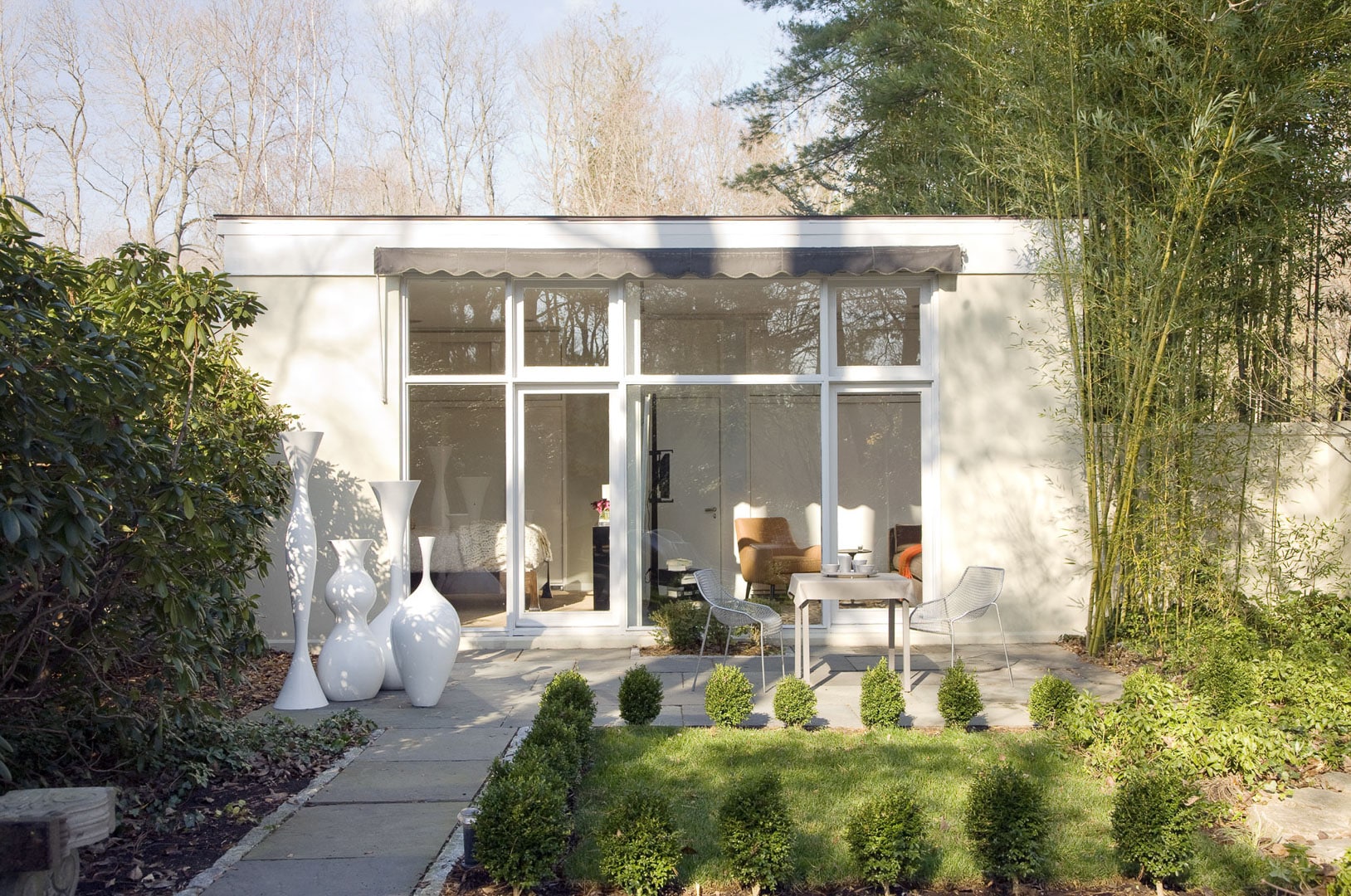 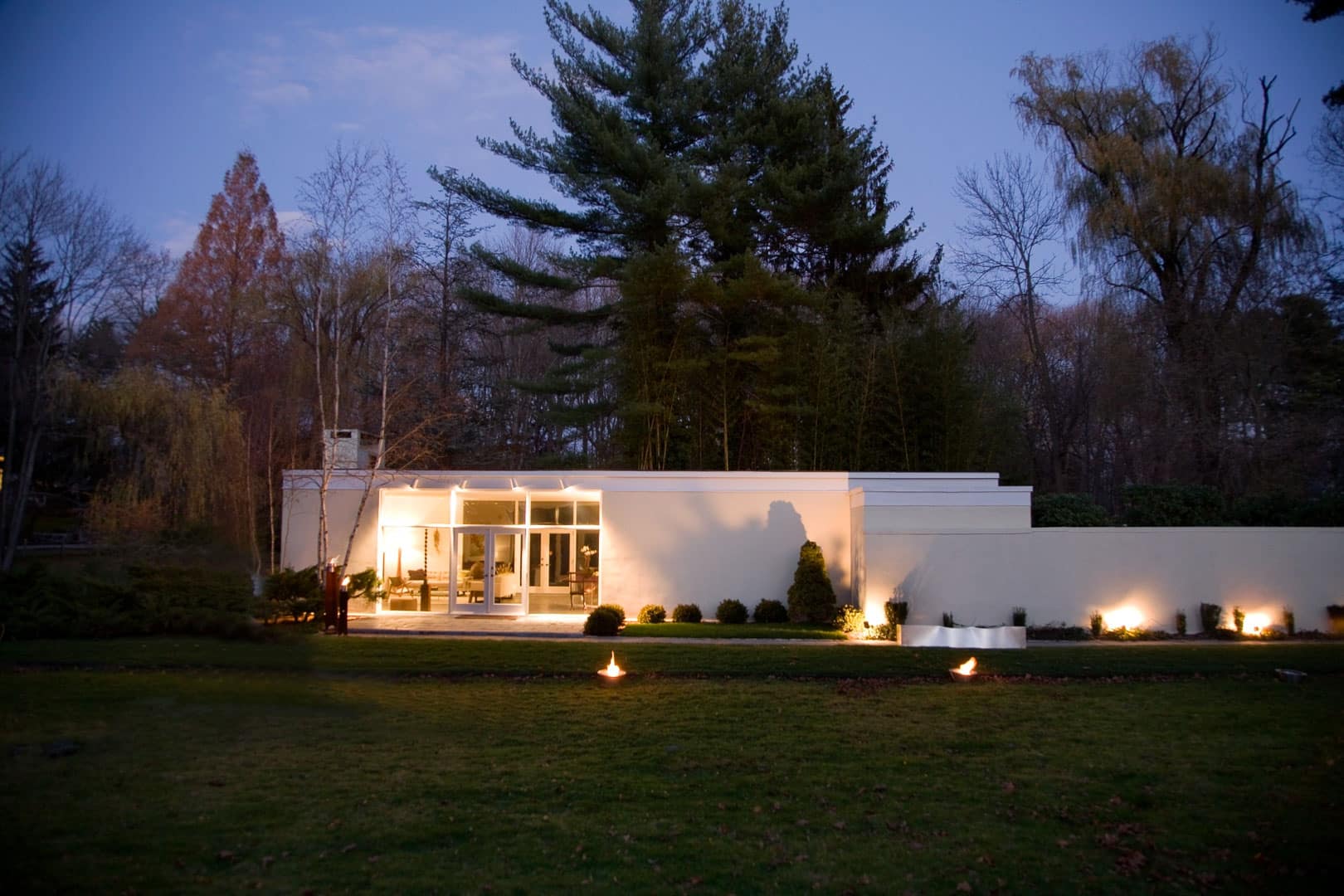 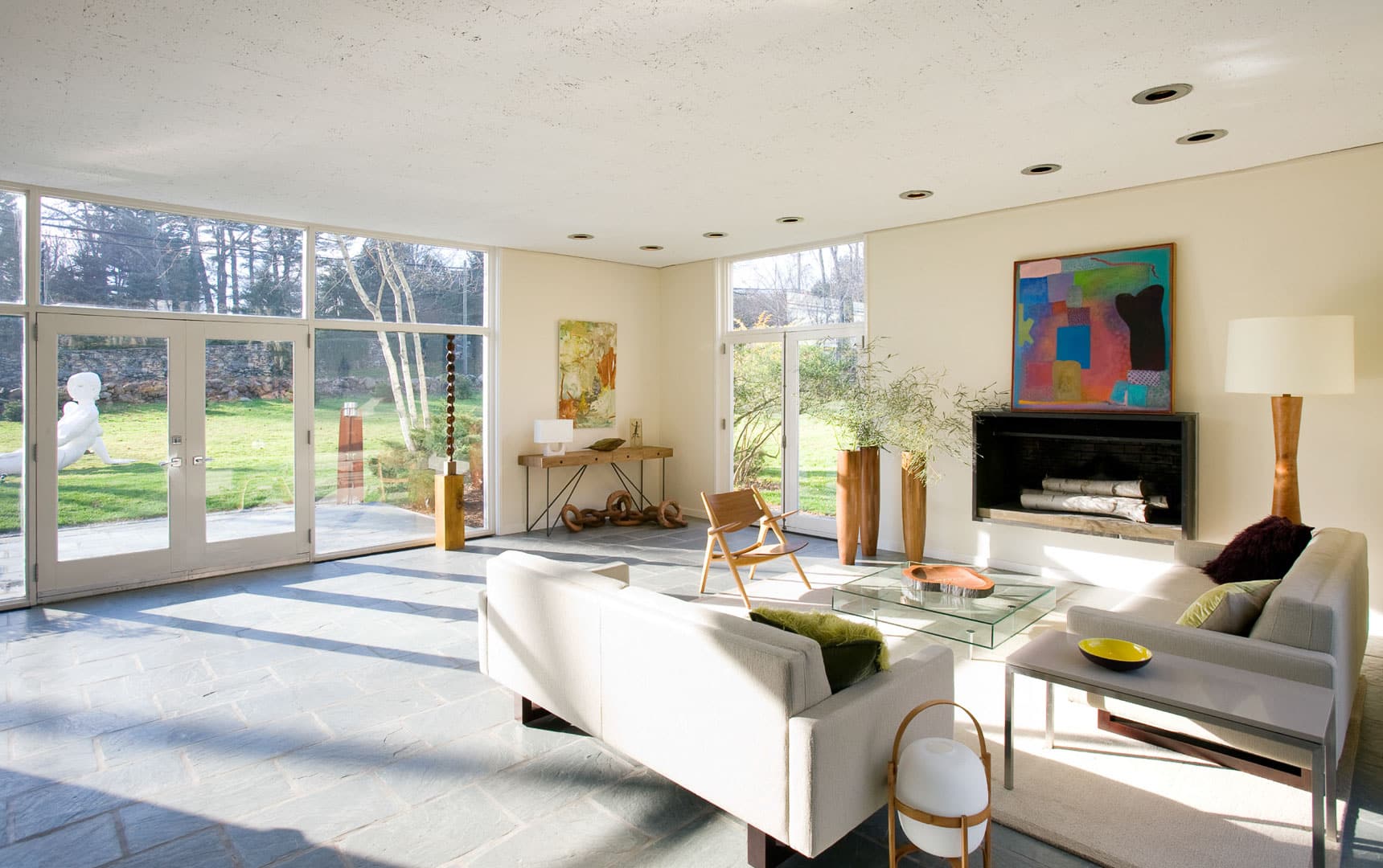 Affectionately referred to as his “little jewel,” Philip Johnson’s Alice Ball Residence exemplifies Johnson’s modern aesthetic which he introduced to New Canaan. One of six homes designed by Johnson in the Stamford suburb, the Ball Residence follows the same exercise in glass elevations which defined Johnson’s career until his death in 2005. Designed in a cross-axial plane, Johnson’s minimalism is well-expressed. His utilization of glass and flat, white masonry and plaster surfaces blend mellifluously within the confines of the two-acre site on which the house and its guest house sit.