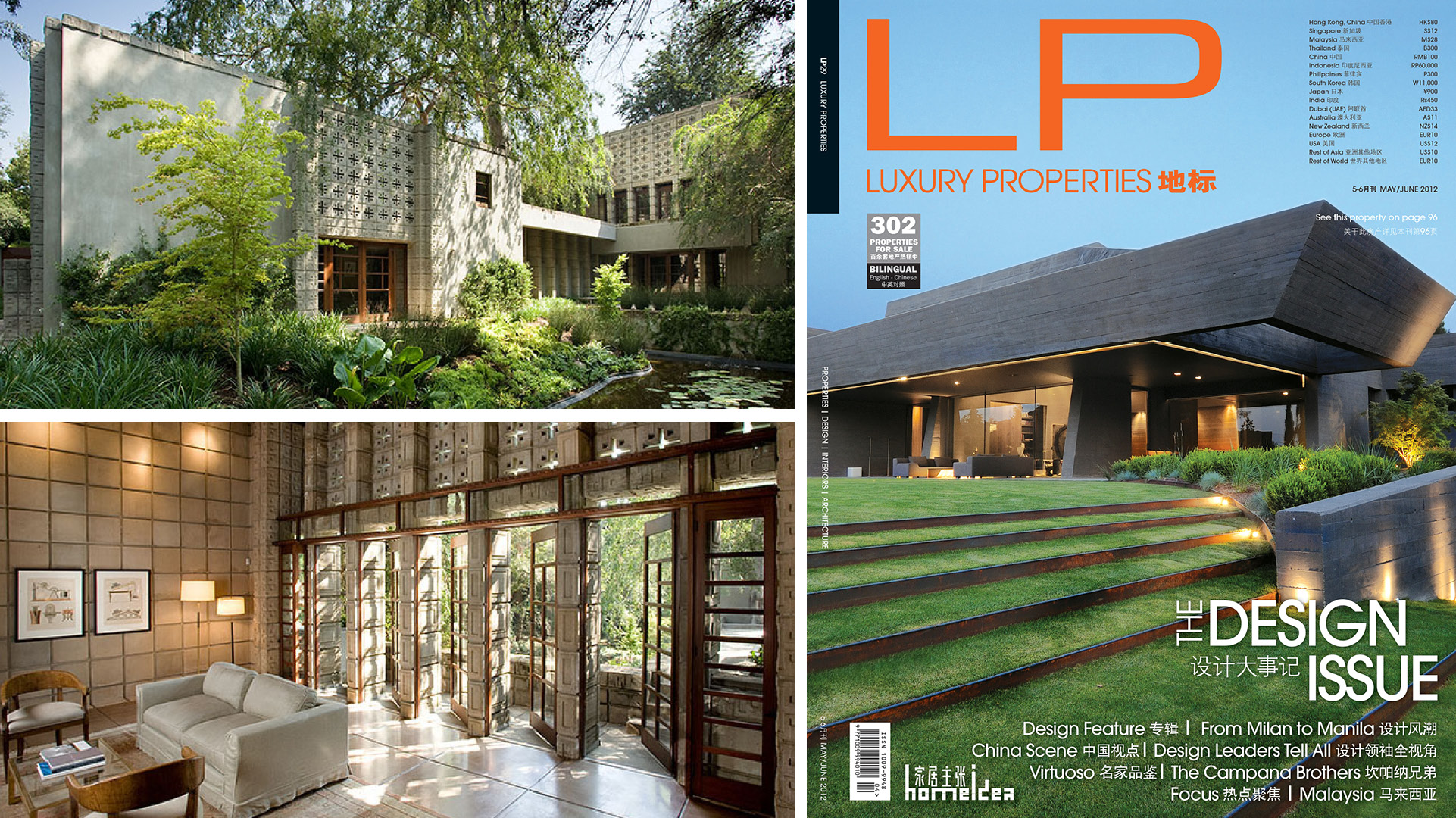 This Frank Lloyd Wright designed home circa 1923 is one of the premiere architectural gems of the 20th century. Known as The Millard House, Wright recognized this estate as his earliest ‘Usonian’ home, a term the master used to describe the particular new world character of the American landscape as distinct and free of previous architectural conventions. The home utilizes a highly inventive textile block building system and was tediously restored. Sited on nearly a half hectare of gardens in Pasadena’s Prospect Historic District, the residence and studio include four bedrooms, four bathrooms, double-height living areas, a pond and art deco decadence throughout.