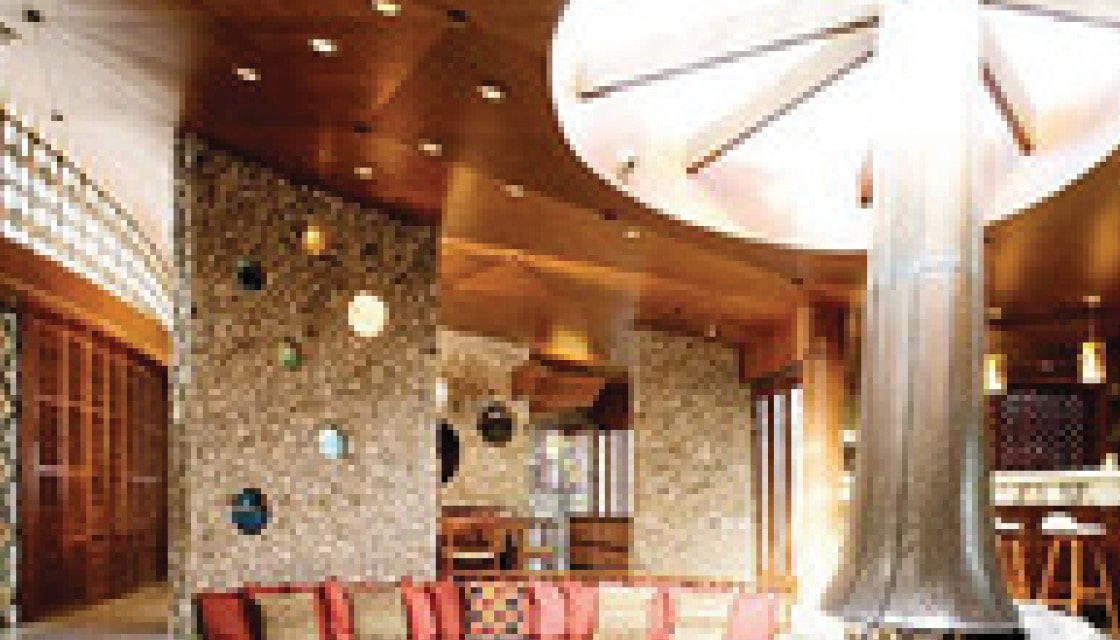 Starchitecture for a Song

A Frank Lloyd Wright for under a million dollars? Yes as long as you’re flexible about location.Emotionally battered by the Los Angeles real estate market, where first-time buyers still fight over small tract homes priced at $750,000, Kali Nikitas and her husband all but gave up on homeownership this summer.
“The prices of L.A. real estate were mind-blowing, and we thought we could never afford to buy,” says Nikitas, 43, an administrator at an arts college. “My husband said, “Let’s forget about it. This is killing me.”

Then she spotted on Craigslist, of all places an ad claiming, “Modern architecture, Great neighborhood, Won’t last …  $585,000.” She clicked on to an architectural jewel: a two-bedroom spec home designed in the late 1930s by the early modernist master R.M. Schindler, a protoge of Frank Lloyd Wright and one of the most celebrated architects in Los Angeles.

“When I walked into that house,’ Nikitas says, ?there was a sophistication to the structure that was so clear to me. There was a kind of double euphoria. Something so unattainable was now at our fingertips.” She and her artist husband bought the house for $5,000 less than the asking price. Why so cheap? The location North Inglewood is a racially mixed neighborhood free of celebrities and glamour.

Architecturally significant 20th century homes often sell for surprisingly low prices, particularly in a softening real estate market. The catch, often, is the location. While it is difficult to track the number of architecturally distinguished homes in B- or C-list locations, or their average prices, buyers who make pedigree a priority can find deals around the country, according to homeowners and real estate brokers (see slideshow).

Take the slick, mid-century modern homes designed by the Chicago firm Keck & Keck. They regularly sell for well over $1 million if the house is in good condition and located in a prestigious North Shore suburb. But in the south-side suburb of Chicago Heights, you can find a four-bedroom Keck & Keck with all the trimmings14-foot wood beam ceilings, slate floors, glass walls?for just $218,000.

Some consider the homes a form of modern art and are happy to make the trade-off. “I would say a very significant number of our clients are visualizers,” says Crosby Doe, a Los Angeles real estate agent with the firm Architecture for Sale. “They’re directors, they’re designers, they’re artists. They understand space and proportions, and they understand history.

They are not impressed with supersized living. the master suite large enough for a volleyball game, the home theater, the stadium-size kitchen. A hallmark of mid-century modernism is living on a human scale. Frank Lloyd Wright, for example, considered kitchens, bathrooms, and bedrooms to be private areas, and designed them to be (by today’s standards) relatively small.”

Even if your knowledge of modern architecture begins and ends with Wright, you are in luck: The website of the Frank Lloyd Wright Building Conservancy lists 16 Wright-designed houses for sale, three of them priced under $1 million. “Some of the smaller, later homes that he designed in the 40s and 50s were more suburban one-story suburban houses in places like Galesburg, Michigan,” says Ron Scherubel, executive director of the Wright conservancy.

“You really have to price them in relation to what a similar house, of similar age and size, in the same neighborhood, would sell for, with a premium added to that. But it’s not a huge premium?maybe 25 percent.”
Such homes aren’t always easy to find, as they may be in lesser-known spots, left behind as time has passed and demographics have shifted. Or their sellers may not be promoting their architectural heritage. One strategy for finding an architecturally distinguished home at a reasonable price is to research prolific local mid-century architects and builders. Cliff May, for example, is the acknowledged king of relaxed, modernist ranch homes in Southern California; actor Robert Wagner sold a Cliff May this summer for an estimated $15 million. But May built thousands of more modest homes, with the same airy marriage of indoor and outdoor living spaces. In the May-designed Rancho Estates section of Long Beach, houses sell for as little as the mid-$500,000s.

There are dozens of May-designed tract homes in Dallas as well, sometimes priced as low as the mid-$100,000s. Then there?s modernist trailblazer Charles Dilbeck, who built more than 300 homes in Dallas that combined elements of modernism with handcrafted touches such as exposed beams and stone turrets. Dilbecks are plentiful in the $300,000-to-$500,000 range, and sometimes sell for much less.

The Sarasota, Florida, area is another hotbed of mid-century modernism and is fertile hunting ground for those looking in the sub-$1 million price range. Inspired by the Florida homes of Paul Rudolph, the Sarasota School of Architecture is marked by clean lines, floor-to-ceiling glass, and floor plans that blur the lines between indoor and outdoor space. The price range: as high as $1.6 million but also as low as $350,000. ?Getting in at that price is pretty rare, but it happens, depending on the location,? says Sarasota realtor Martie Lieberman.

This August, Nikole Helmer, who runs a dress showroom in Orlando, bought a 1,000-square-foot Sarasota Modern home designed by Gene Leedy for just $210,000. The house, surrounded by a 10-foot wall, needed only minor repairs, but is located in the sleepy city of Winter Haven, about an hour farther inland. “If it was in Sarasota, it would have been at least half a million,” Helmer says. “I bought it for the sole reason that it was a Gene Leedy home. It’s a once in a lifetime thing.”