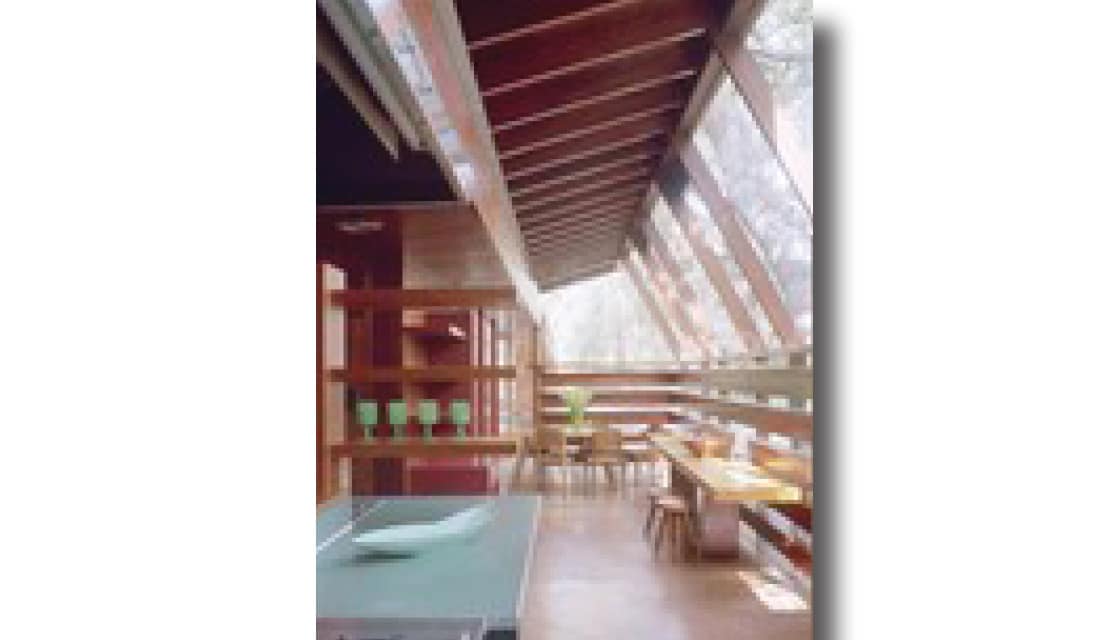 If homes were music, John Lautner’s designs would be Duke Ellington compositions.

The architect, a onetime Frank Lloyd Wright apprentice, compared the importance of the jazz composer’s use of rests to the significance of the voids in his architecture.

Lautner’s 1949 Schaffer Residence, set in a wooded area at the foot of the Verdugo Mountains in Glendale, represents the simple, uncluttered look the architect favored, fusing concrete, wood, glass and hardscapes into a singular vision.

Better known for his Flash Gordon style of architecture, Lautner’s early work here lacks the spaceship-shaped look of his 1960 Chemosphere residence on Mulholland Drive in the Hollywood Hills. That one-story landmark octagon is perched on a single concrete column and reached by funicular.”My house is a mix of complexity and simplicity at the same time,” said David Zander, a commercial film producer and owner of the Schaffer Residence. “It is not James Bond. It’s dynamic but has a very peaceful element to it.”About this home: When Zander first saw the house nearly three years ago, he was struck by the “proportion and scale of every space, by the handmade feel” of the home.The concrete floors, stained a muted red by the original owners and inset with wood panels, draw the eye and warm the feet with their radiant heat, a popular amenity among Lautner and his contemporaries.
Zander spent months repainting the interior of the house and restoring the cabinets and built-ins to their earlier glory, based on photographs of the original work. Those photos also aided him in re-creating a desk and a side table crafted from redwood which may be purchased with the house. Asking price: $1,958,000 Size: The house has two bedrooms and two bathrooms in 1,698 square feet. The property is 11,230 square feet. Features: The house has an open floor plan that flows into an outdoor oak grove; a kitchen with refurbished cabinets, a stainless-steel refrigerator and the original stove, restored; a breakfast area; a den; a two-sided brick fireplace situated between the living room and den; and a covered patio. Where:Glendale Listing agent: Crosby Doe (310) 275-2222.