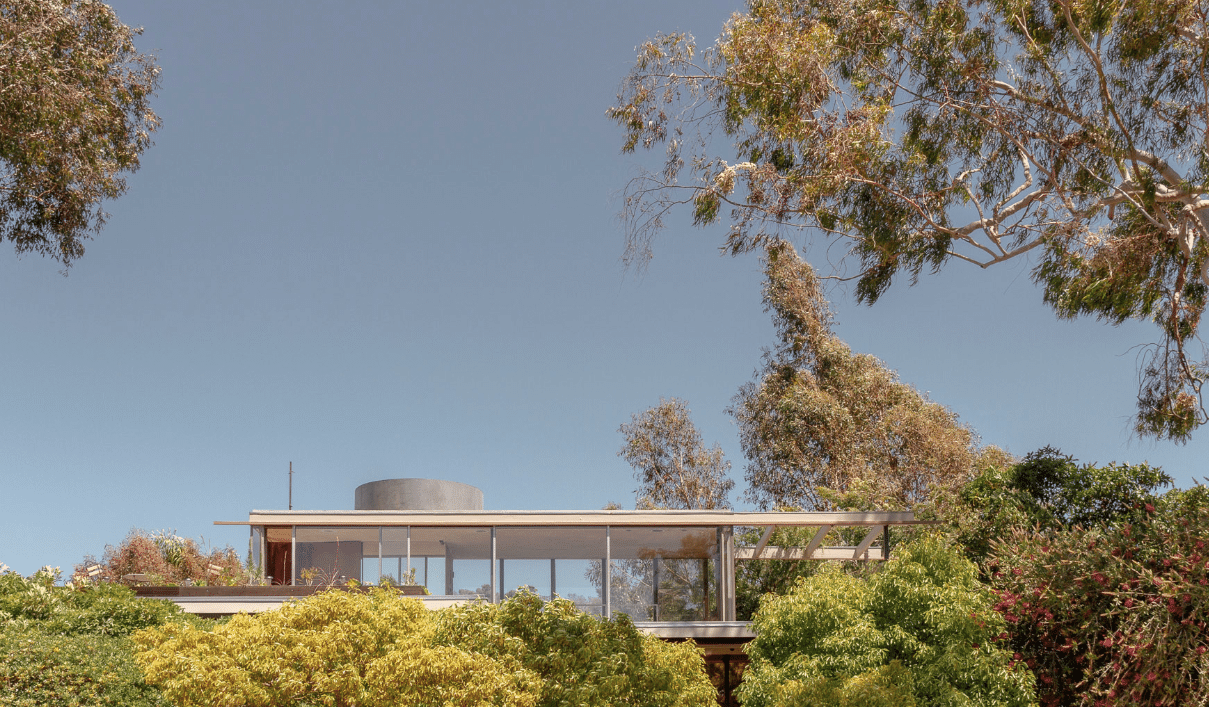 Until retiring from state service in December 2007, Dr Neutra headed a 200 person division in the California Department of Public Health that carried out research into the environmental and occupational causes of disease. He has been on the faculty of the Universidad del Valle in Cali Colombia, Harvard University and UCLA. He is Richard and Dione Neutra’s youngest son.
Reason for Joining the Planning Group:

My public health career rested on a foundation that derived from my parents and my brother’s social commitments and their concepts about team work and planning to achieve healthful places to live play and work. They wanted the place where they lived and did their work to continue to provide benefit to the Los Angeles Community. The Neutra family did not have the resources to provide a full endowment to Cal Poly when it gave them the VDL site. Nonetheless I want to do what I can to my parents dream fulfilled and in so doing, repay in part the great debt that I owe them.

Crosby Doe is a real estate agent who has specialized in the sale of historic properties in Southern California since he discovered Richard Neutra’s work when he was involved with the sale of the Loring house in 1974. In addition to his commitment to VDL he is co-chair of the preservation committee of Saint Mary’s of the Angels Church in Los Feliz designed by architect Carlton Winslow, and is the head of the Committee to Save the Hollywoodland Specific Plan. The Committee to Save the Hollywoodland Specific Plan and Hollywood Heritage, Inc. have recently won a lawsuit in the California Court of Appeals to overturn the City of Los Angeles’ refusal to apply the California Environmental Quality Act in regard to the City’s Cultural Historic Monument #535 in Hollywoodland.
Why Involved with VDL: “While sitting in the Loring house during its “open-house” hours I began to wonder why I was feeling so good. I concluded that I was being affected by Richard Neutra’s commitment to design as a way of enhancing the health and welfare of its occupants. This realization has led to a lifelong commitment to celebrate the value of architecture in our lives and to share its importance with my clients.”

Mitch Glazer was born and raised in Miami Beach, Florida. After graduating NYU, Mitch stayed in New York writing lengthy profiles for Esquire, Playboy, Rolling Stone and Vanity Fair on everyone from John Belushi and George Harrison to Lynyrd Skynyrd, Richard Neutra, Peter Sellers and Roman Polanski. As a screenwriter, Mitch and his partner Michael O’Donaghue wrote the Christmas perennial, “Scrooged” starring Bill Murray. Mitch went on to write, among other films: “Great Expectations” starring Ethan Hawke, Gwyneth Paltrow and Robert De Niro, “Three Of Hearts” with Billy Baldwin and (Mitch’s lovely wife) Kelly Lynch and “The Recruit” starring Colin Farrell and Al Pacino. In 2004, Mitch was a producer of the Sofia Coppola film “Lost In Translation”. Mitch Glazer’s passion for mid-century architecture began as a child in Miami Beach. His father Leonard was a mechanical/electrical engineer working in the ’50s and ’60s with legendary architects such as Alfred Browning Parker, Morris Lapidus and Edward Durell Stone. Mitch and his wife, actress Kelly Lynch have restored and still own two modernist masterpieces: John Lautner’s Harvey Aluminum House in Los Feliz and Richard Neutra’s Oyler House in Lone Pine, California.

Actress Kelly Lynch (‘Drugstore Cowboy’, ‘Charlie’s Angels’, ‘Roadhouse’ ‘The L Word’) is a well-known presence in mid-century architecture and preservation. Kelly, and husband, screen-writer producer, Mitch Glazer, purchased and restored both Richard Neutra’s 1959 Oyler House in Lone Pine CA, and John Lautner’s 1950 Harvey Aluminum House in Los Angeles. These homes, and her passion for and knowledge of modern design, architectural preservation and restoration have been featured in countless magazines. Kelly was awarded House Beautiful’s Giants of Design Award for preservation in 2001, and was a patron of The Museum of Contemporary Arts Rudolf Schindler Exhibit. Kelly is currently featured in both Julius Schulman and Pierre Koenig documentaries and is developing a TV show based on design. Kelly Lynch’s reasons for joining the Neutra VDL Research Site Planning Group: “Richard Neutra’s Oyler House, was the first home Mitch and I owned. It is a life-changing experience to live in a Neutra design. I feel a profound responsibility to aid in preserving the legacy of Richard Neutra and to lend my services to help the cause of architectural preservation, restoration and education, so that future generations can also be exposed to and inspired by the lessons and beauty of great architecture.”

Dr. Richwald is a recognized expert in viral and communicable diseases and served as Director, Los Angeles County Sexually Transmitted Disease Programs from 1989 to 2000. He is a national lecturer on herpes and human papillomavirus infections and has served on the faculty at UCLA. He has been a member of museum advisory boards in Washington, DC and Los Angeles.

Dr. Richwald’s reasons for joining the Neutra VDL Research Site Planning Group: “Drawing on my pre-medical enginnering education at Cornell University and my subsequent career in public health and preventive medicine, I have been involved in research into housing conditions and health status for over two decades. Fascinated with the recent growth of the sustainable and healthy housing movements, together with my partner, Sue Bayley, I have built modern and innovative energy efficient homes in Los Angeles and Queenstown, New Zealand., the former incorporating Rastra, a recyled polystyrene product, as the primary building material. I am honored to be associated with the effort to restore and re-use the Neutra VDL Research Site as a premier example of a sophisticated residential/work space that explored and honored affordable and environmentally sound modern design principles.”

Karen C. Hanna is Dean of the College of Environmental Design, which is responsible for the operation of the Richard and Dion Neutra VDL II Research House. Since 2003, Dean Hanna has overseen the work of the Resident Director, worked with the Cal Poly Pomona Foundation regarding title and funding matters, reviewed the reports of contractors, and approved all expenditures for the property. She meets with the VDL Advisory Group, as well as the Friends of VDL, works closely with Neutra family members, is actively engaged in fundraising efforts, and provides oversight of faculty programs.

For the last year John Solomon has been a branding, animation, talent and internet consultant. His clients have included Warner Brothers TV Animation, Power of Entertainment, 6 Point Harness Animation Studios, The Vault, and BigStage.com.

In his previous corporate position John was head of Disney Television Animation’s Shorts Lab. He was responsible for producing ‘creator driven’ animated pilots for Disney Channel which were ground-breaking and fresh in design, character, direction, and story-telling. Prior to working at Disney TVA, John was Vice President of Creative Development of Theme Park Productions, the media unit of Walt Disney Imagineering. He also Co-Produced the Warner Brothers release Final Analysis which starred Richard Gere and Kim Basinger and Sony’s release Mixed Nuts, which starred Steve Martin.

An avid contemporary art collector, John’s eclectic taste ranges from Claus Oldenberg to Christo to William Wegman. Recently, John restored Richard Neutra’s “Taylor House,” a modernist gem in the hills above Los Angeles, which has since been featured in the New York Times Magazine, The Los Angeles Times, Daily Variety, and several books on the modernist movement.

He is an active member of the social justice non-profit the Progressive Jewish Alliance, a member of the think tank Film Your Issue, and is a founding Trustee of the Pasadena Museum of California Art.

Dwell Magazine: In the Modern World – We Love L.A.