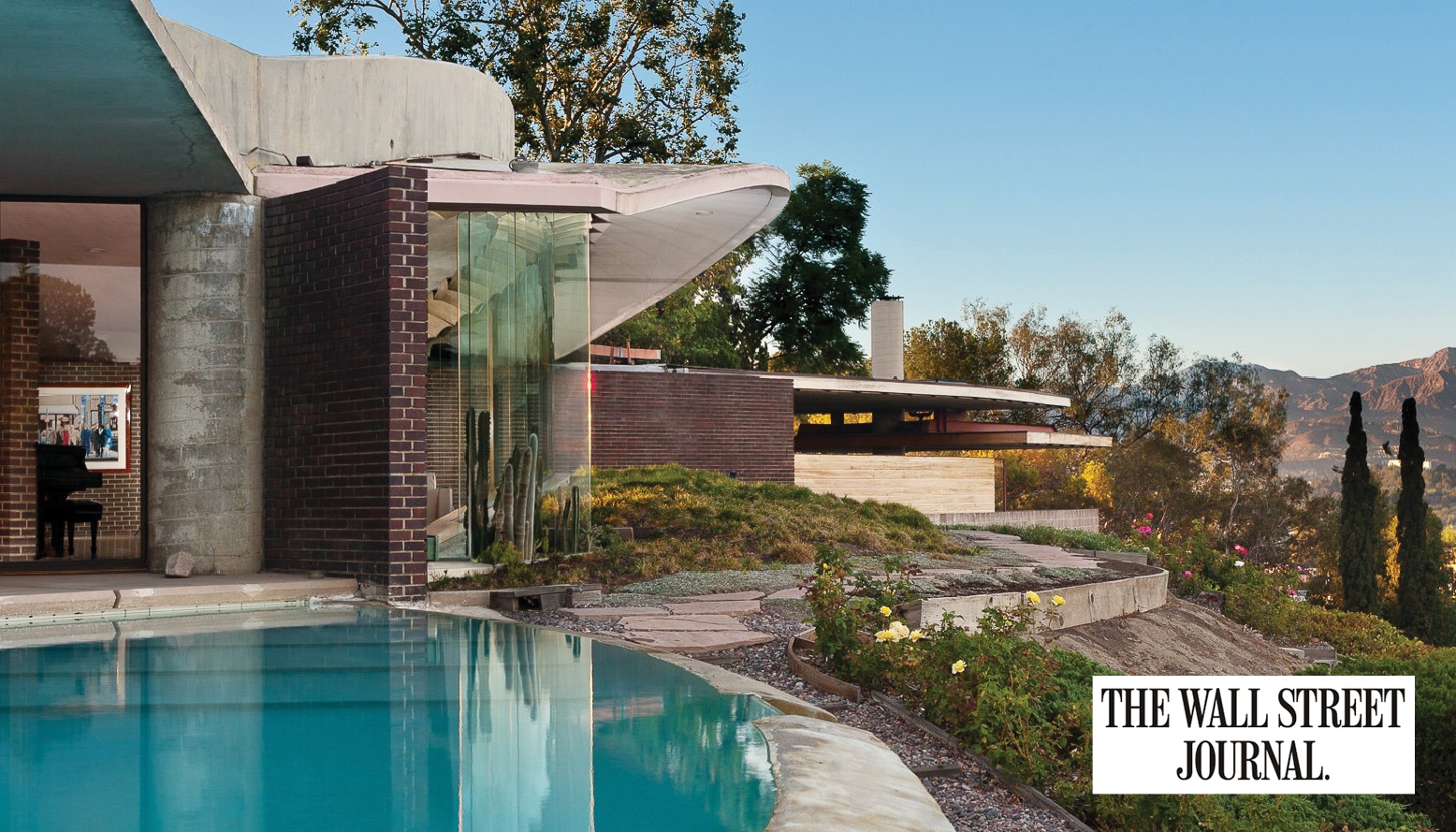 Featured in the Wall Street Journal:

L.A. Home Designed by John Lautner to List for $7.5 Million

Known as Silvertop, the house has a striking design: It is made up of a series of interlocking half-circles, with a massive, arched concrete roof over the living room. The home, which sits on 1.26 acres on the crest of a hill, is reached by a cantilevered concrete driveway that wraps around a circular guesthouse.

The house was one of the first large residential projects by Mr. Lautner, who died in 1994. Started in 1956, the home showcased Mr. Lautner’s use of concrete as an architectural material, which would become one of his signatures, said architect Frank Escher, who serves on the Board of Directors of the John Lautner Foundation. The home’s infinity-edge swimming pool was one of the first of its kind.

The main house is about 4,720 square feet, said listing agent Crosby Doe of Crosby Doe Associates, with three bedrooms and four bathrooms. The guesthouse, called the Round House, contains a bedroom, bathroom, kitchen and a photography darkroom, Mr. Doe said.
Mary Burchill Maxson, the daughter of the owners, said her family watched with interest in the late 1950s as the home was being built in their Silver Lake neighborhood.

The project then sat unfinished for some time. When it became available through bankruptcy, Ms. Maxson’s parents, Philip and Jacklyn Burchill, bought the home, in 1974. They worked with Mr. Lautner to complete the home, then moved in 1976.

Mr. Burchill died several years ago and Mrs. Burchill, now in her 90’s, is moving to Northern California to be closer to her children, Ms. Maxson said. “They had great fun, and that is why they stayed so long,” she said.

Mr. Lautner’s oldest daughter, Karol Lautner Peterson, said the Burchills have been “the best stewards” of Silvertop, and she hopes the new owner will “appreciate the house for what it is, and maintain it in its original form.”

Architectural Digest: On the MarketMarmol-Radziner with James Turrell