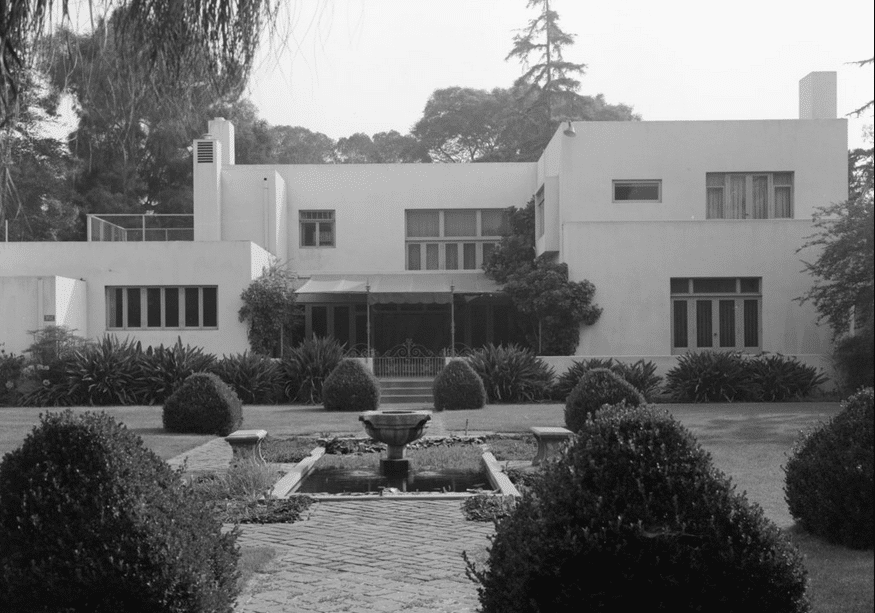 A Los Angeles Times reporter once asked me to name my favorite L.A. house. I chose the Walter L. Dodge House by architect Irving J. Gill—and I am still fascinated by the elegance of the design, the power in its simplicity, the use of materials and finishes, and what, to me, was the ideal plan for living in a California garden. However, I never got to experience the Dodge House personally. It was sold in 1970 by the Los Angeles County Board of Education as “surplus property” and then demolished after the property was rezoned for apartments. The New York Times called the destruction “a tragic commentary on how we throw our national heritage away.” So you can imagine my excitement when I was called to represent the house on this issue’s cover: The Miltimore Residence, built in 1911 and now recognized by academia as Gill’s most significant remaining work. This property has been lovingly cared for by the same family since 1952 and is in substantially original condition. Experiencing the magic of the Miltimore Residence has only reconfirmed my feelings about the Dodge House—and the senselessness of its loss.

It is especially fitting to showcase Gill on the cover of this special California Issue since he, along with Frank Lloyd Wright (both of whom worked in Louis Sullivan’s Chicago office), significantly influenced our other featured Southern California architects: Lloyd Wright (son of Frank) designed the Bollman House shortly after leaving Gill’s office; R. M. Schindler, whose Roth and Goodwin houses also grace these pages, knew and admired Gill. His early work was also influenced by Gill’s futurist thinking and early use of the tilt-up concrete structural system. These architects set the trajectory for our modern California lifestyle so celebrated and embraced today.

This issue’s Northern California properties are no less inspiring: William Turnbull Jr.’s Hines House in the celebrated coastal community of Sea Ranch and Beverley David Thorne’s own never-before-published residence in the Oakland Hills both underscore the architects’ unique responses to sensitively connecting structure and occupants with their natural settings. Both are groundbreaking in incorporating environmental awareness into their designs at a time when the importance of environmentalism was just beginning to take hold—and in many quarters, was still considered to be some type of Communist/Socialist plot.

With all the negativism in the news today, I am happy to report that the market for unique living spaces and lifestyles afforded by important architecture appears to be stronger than ever. A number of recent record sale prices have been achieved. All the featured stateside properties in AFSQ’s last issue have sold to preservation-minded new owners. We are especially proud that the sellers of Schindler’s Roth House, featured in this issue, have purchased Schindler’s somewhat larger Kallis/Sharlin Residence—featured in AFSQ Spring 2017 issue—and have undertaken a major restoration in anticipation of moving in at the end of the summer. I hope you enjoy this special California Issue and invite your feedback. We hope that with the next issue we will have received enough comments to permit a new letters-to-the-editor column.

Living Lightly on the Land