How many times have you gone to a movie with friends and left the multiplex scratching your head? You didn’t hate the film; it was mildly entertaining, and though it wasn’t very nourishing, it was a harmless way to pass a few hours munching popcorn in a pleasant, air-conditioned room. But dare to expect more and argue that it could’ve been better, that the plot didn’t add up, and the characters didn’t behave like, well, real people, then you’ve made it personal. And someone in the group is sure to sigh and say: “It’s just a movie!” As if there are no standards for excellence, no criteria for art, as if it’s all just subjective and there are no thoughtful considerations such as tone, nuance, texture, structure, character development, style. Instead, one man’s Ishtar is another man’s Casablanca.

The same can be said for architecture. What are the ingredients that come together to separate edifice from architecture? Architect and critic Jonathan Hale argues that “in architecture, the Ugly and Ordinary continues to be so general that it is accepted as inevitable.” Clearly, if we at achitectureforSale, Quarterly meant the term architecture to encompass the contemporary built environment, we would sadly have to agree with Mr. Hale. There would be little to celebrate and much to condemn.

Adding to the confusion, many in the real estate industry have converted the word “architectural” from an adjective to a noun in order to describe almost any structure with a flat roof. And even The MLS – the largest real estate multiple listing service in Southern California – stubbornly employs “architectural” in lieu of a specific style. (And don’t get us started about the use of “mid-century modern,” a style we first began selling around 1980, in reference to the clean-lined Bauhaus–inspired aesthetic of Richard Neutra, R.M. Schindler, A. Quincy Jones, Pierre Koenig and others – and today is tacked onto almost any suburban tract house erected in the 1960s.)

The truth is, there is good architecture, and there is bad architecture. But how do you tell the difference when even monster McMansions sometimes bear the stamp of an architect on their plans? And so, in light of that, just what do we really hope to accomplish with ArchitectureforSale?

Like Architectural Digest, Architectural Record, and the A.I.A. journal Architecture, we choose to define architecture as those buildings that creatively enhance living and elevate the human spirit. Some would say this is architecture with a capital A. But there is nothing presumptuous about this. Because our definition encompasses vernacular architecture such as indigenous pueblos, the early adobes of the Southwest, the Victorian “painted ladies” of San Francisco, and perhaps even a log cabin.

The architecture we choose to represent at ArchitectureforSale.Com, and here in the pages of ArchitectureforSale, Quarterly will always have a presence about it, a certain style that may look simple or easy but actually represents a lot of thought, study and planning. Even if there is an instinctual component to our definition, we hope you will agree that even though these properties are for sale, there is a priceless element to their contributions to the built environment, the lifestyles they afford, and their gifts to the spirit of each individual they touch. 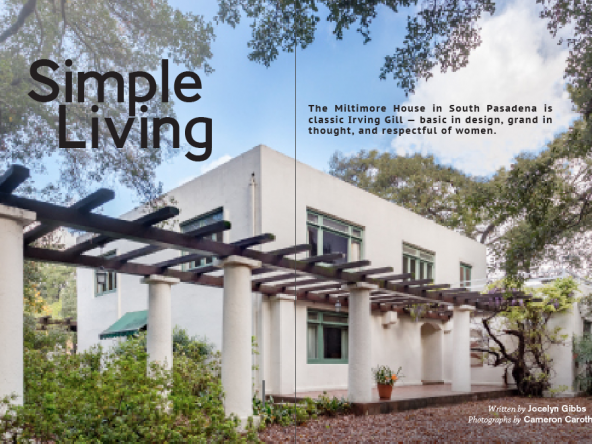