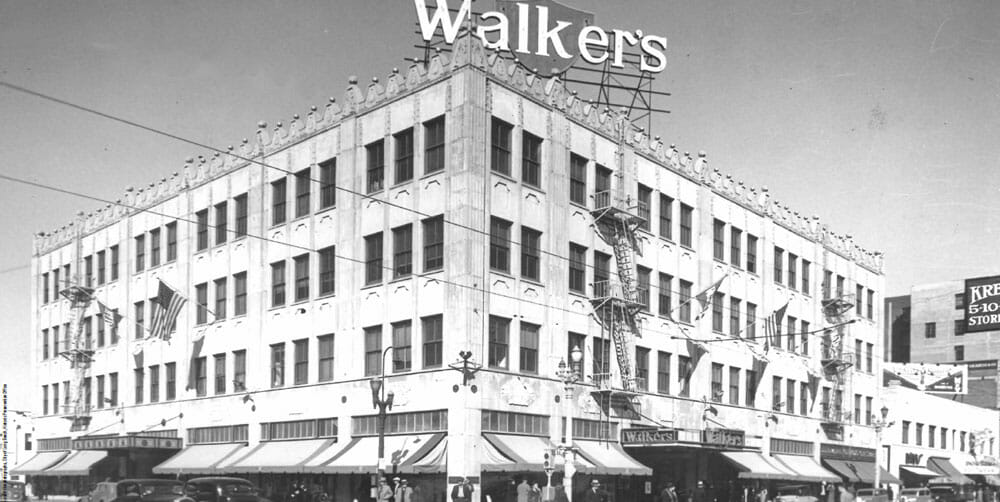 How do we increase density in cities without losing human scale? This is a challenge and, for urban areas throughout the country, the architecture and adaptive reuse of structures is never an easy path. As the demographic for urban growth changes, and when a project is finally approved, it is indeed possible to bring complex projects to fruition.

A good example is The Walker Building, at the corner of Pine Avenue and Fourth Street in downtown Long Beach. The building’s restoration and renovation into 39 loft condominiums and seven custom two-story penthouses along with 20,000 square feet of first floor commercial and retail space is a good model for urban revitalization. The design of the project, by Jon Glasgow of Interstices Architecture, integrated the varied original structures and adapted the interior in ways that highlight the original aesthetics and incorporates unique spatial quality and views within—and beyond—the building. The developer of the project, Bill Lindborg of Borg Long Beach Development Corporation has a long family history in the city with redevelopment, multi-family, and commercial projects.

The urban aesthetics of the development of The Walker Building project created some clear examples of what can work for changing demographics unique to southern California. “The architects’ concepts were a creative risk for having the penthouses on top of the existing building,” said Glasgow. “And the way we brought the building into a modern aesthetic, with concrete floors, exposed structure, and varied footprints, we took an even broader risk.”

Downtown Long Beach has always been one of the more varied and challenging environments for residential development for more than 100 years. Some of the latest and successful projects in the city have been the redevelopment of mid-rise office and retail buildings, transformed into housing.

“We are pleased that the community celebrates the developer’s thinking and the architects’ vision to put it all together,” said Glasgow. “The Cultural Heritage Commission unanimously supported the project.”

The building was originally designed and constructed in 1928 by the firm Meyer and Holler. When the Walker Department Store in Long Beach opened in 1933, all four floors were retail. The building had been structurally designed so that the roof could support two additional floors if the retailer chose to expand the store. Pine Avenue was the premier retail street, including department stores such as the Mercantile Company (1904), which became Buffums (1912), Woolworth (1916), The Kress Building (1923), Famous Department Store (1929), Marti’s (1929), and J.J. Newberry (1950). “The Walker Building looks like a single structure,” said Glasgow, “but it was built at two separate times: one-third of the building was built and then two bays on the north side were added at a different time.” This made it a challenge for Borg to develop the project since the company had to go through the process of successfully combining parts of the structure related to ownership. To help facilitate the complex development process, the City of Long Beach allowed an adaptive reuse ordinance that retains the important original characteristics of the building, yet allows for new architectural features that appeal to people attracted to modern urban living.

Today, the ground floor of The Walker Building houses retail spaces, along with the main lobby for access to the four floors of residences. Residential parking is underground, with private access from Fourth Street. “Adding the underground parking was a particularly challenging part of the project,” said Glasgow. The project required creating spaces for sixty-seven cars and meeting the requirements for the entry ramp from Fourth Street, simplifying access for vehicles to what was originally a very large basement. “While you can do projects in an urban setting with offsite parking, for this project the best solution was integrating the parking with direct elevator access to the residential floors.”

The second, third, and fourth floor lofts are laid out in varied open-spaced floor plans. And on the former roof of the building, which is now the fifthand sixth-floors, two-story penthouse units are set back from the façade, which maintains the historic integrity of the original building when viewed from the street. This not only creates privacy but also allows for open-space patios for the penthouses and views of the city and the ocean.

The seven penthouse units atop the original building are some of the most intriguing structures in southern California. The aesthetics are a beautiful combination of the original building along with luxury-industrial exposed structures that add a fresh atmosphere to the private upper floors. “On a national level, and even worldwide, some progressive cities have done very contemporary additions on top of historic buildings,” said Glasgow. “We started playing with the scale of the original structure details on the penthouse units. The patterns and proportions among the construction techniques for the penthouses are similar to what is on the facade on the lower floors. We made some of the living room windows smaller and some of the other windows much larger, which was the creative way of capturing the best views and balancing natural light throughout the penthouses.”
The Walker Building’s successful revitalization is a major part of the exceptional mid-rise redevelopment along Pine Avenue. “The driver behind our design is to utilize these historic buildings in ways that make sense for long-term use by residents and businesses,” said Glasgow. “The Walker Building is going to remain; it is a concrete building, with concrete columns and expanded concrete capitals — a nice, stout building, with penthouses that celebrate the origins of the structure and are just as strong.” The Blair House provided this creative couple with the peace and light they needed to do their work, as well as a setting for the social camaraderie in their full lives. And it shows Harris building confidently on the community of ideas of California design. Unlike the stripped – down minimalism that would dominate Southern California design a decade later, Harris never shies away from decorative touches. The subtlety of the brick fireplace design, the asymmetrical placement of the china cabinet door in the dining room, the repeated motif of horizontal frames on the glass wall panels — each is integral to the design. Though long forgotten, today this beautiful design restores a missing link in the evolution of Southern California Modern architecture.

“At the top of the existing structure, surrounding the penthouse courtyards and patios, we also recreated the large decorative pediment caps all around the top of the building,” said Glasgow. “That key decorative feature had been removed in the 1950s and it was important for us to restore the aesthetics in ways that celebrate the original architects’ history in southern California.” Meyer and Holler were also the architects who created the Egyptian Theater and Grauman’s Chinese Theaters. “These were architects into a very decorative style of architecture, and that is an element we wanted to have as an important part of the history of this building,” said Glasgow. The redevelopment of mid-rise construction in a city is best when, as with The Walker Building, pedestrian and vehicular movement on the sidewalks and street helps dictate the size and proportions so that the scale feels human. Creating well-proportioned “outdoor rooms” along mid-rise streets relates to street width and building height. The best is when the ratio of street width to building height is approximately 1:1 or less. By setting the two-story penthouses back from the facade, not only does this create private and communal rooftop spaces for the residents, it also creates privacy for the penthouse residents related to the street. And the view of the building from the “outdoor rooms” of the public streets along Pine and Fourth avenues, maintain the “pedestrian perception stepback,” and allows for increased density without losing its human scale.